Today we've got an excerpt from The Photographic Journal's interview with Flickr luminary, Kevin Meredith, aka Lomokev.  He's been with the site since the very beginning, bringing us amazing photos from Brighton, England for over seven years.

What led you to expand from just shooting to teaching?

After I wrote my first book, Adam (Bronkhurst) and Kevin (Mason) of garage studios (now Create Studios) asked me if I wanted to teach a class. Before then I had only taught simple web development at a few universities… so I’d taught before, just not photography.

I really enjoyed it. I’ve now been doing it since 2009. I teach them independently. On the 1st day of my course everyone is lent a Lomo LCA and two rolls of film, though, the next course that’s gonna change to an LCA and Olympus mju ii so that they can get a taste of two different types of cameras.
I like getting people that are used to high-end DSLRs. They love looking at the pictures. On the second day some people are really surprised. I find simple point and shoot cameras are a great tool to teach photography, some people get overwhelmed by all the functions on a modern DSLR. 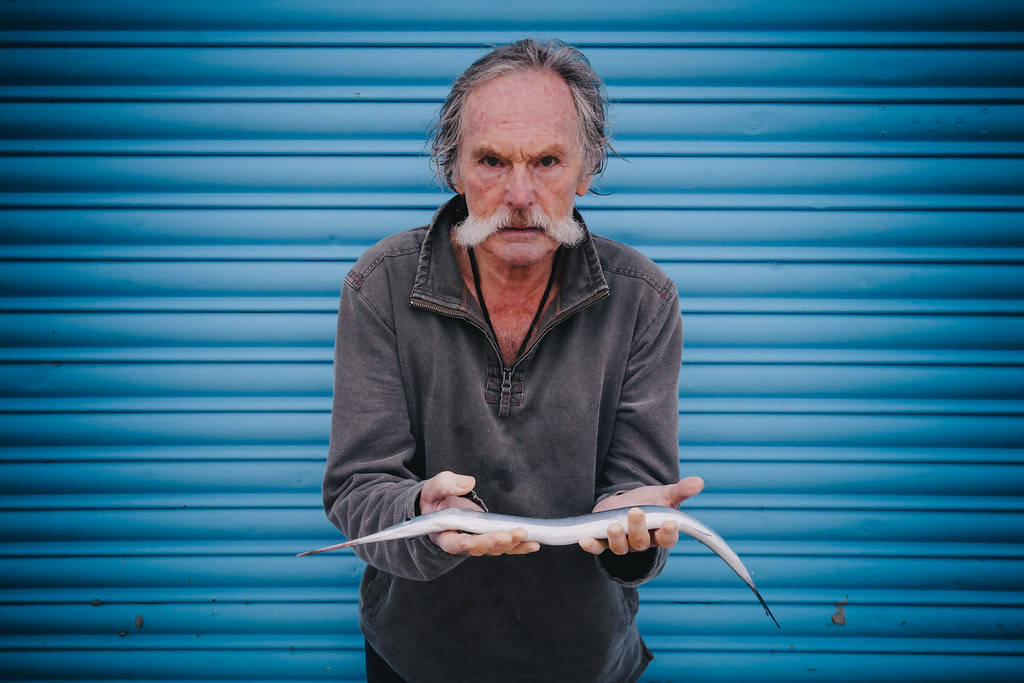 And where’d you get the idea to have folks in your class actually use film cameras? I’ve always thought that was a wicked idea.

It just seemed obvious. I wanted to get people to see how I shot. So if every one uses the cameras I do, I can really control the situation. Then it’s fairer because the thirty year-old gear-head is using the same camera as the nineteen year-old student. At least the cameras I use don’t break the bank if I want to buy six of them. 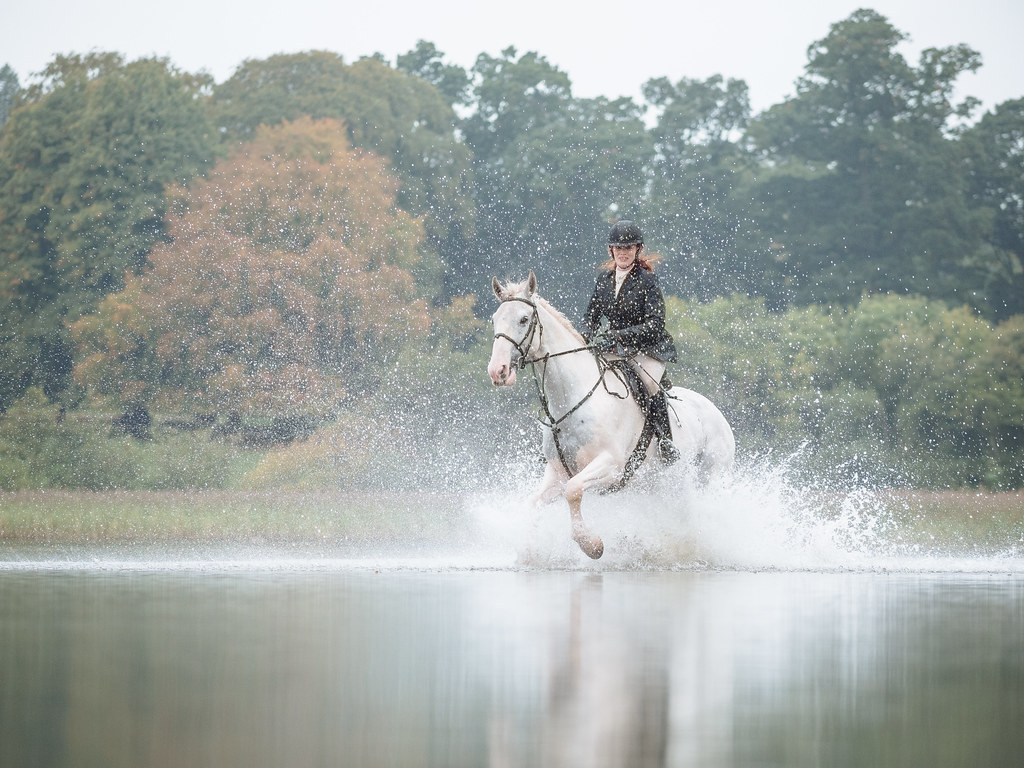 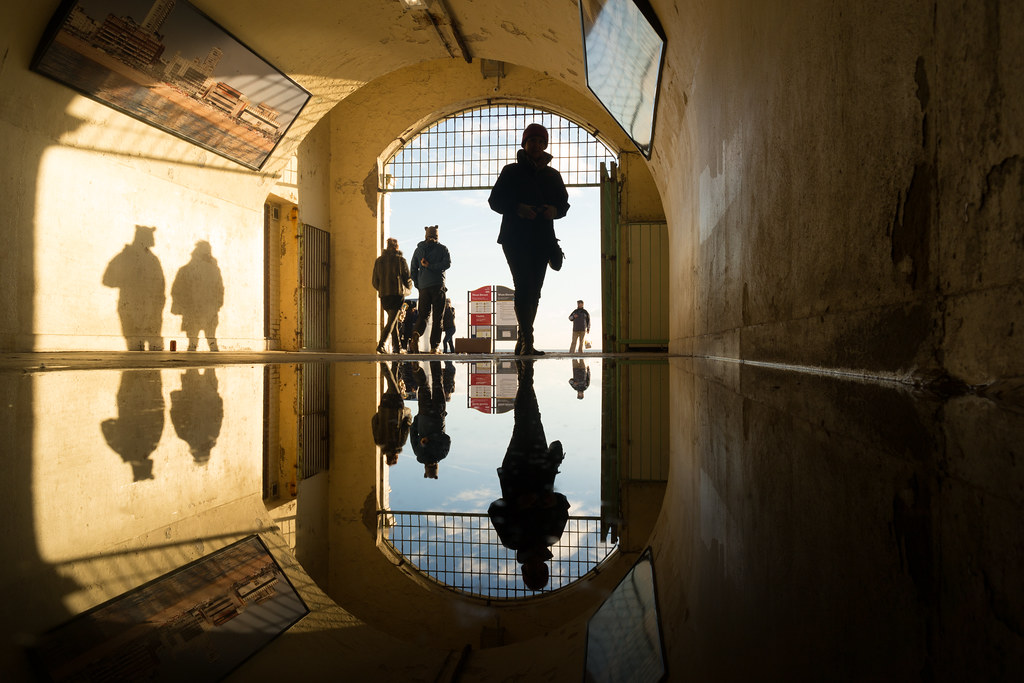 With your classes, do you find you’re teaching the more technical aspects, or are you trying to get across an artistic sensibility?

I would say half and half, but because the classes are small I can spend a good amount of one-on-one time with each of them. It’s nice as I usually get a mixed abilities of people. It’s about simplifying photography so that people only have to focus before they take a photo – no other decisions to make. You may notice I never take portrait orientation photos. If I always shoot in Landscape, that’s one less decision I have to make before taking photo.

One thing I do cover for an hour during the course is organising a photo library. It’s a bit dull, but it’s essential to get organised and move away from a jumble of negatives in shoe boxes and random computer folders.

Tell me about it. If only I’d had you around when I’d first started! At this point, do you prefer teaching to actually shooting, or are you in love with both? And what is it about teaching you really dig?

I love spending the weekend inspiring others, and being inspired by them. It also gets me shooting because I shoot the two rolls of film along with everyone else. It forces me to go out and shoot because with fatherhood, I don’t get the time to shoot like I used to. It’s good for the students because they can see that not every photo I take is great. It’s the photos you decide to show out of the ones you’ve shot.

That editing is also crucial.

And boring sometimes. That’s what I love about film to digital – there’s less editing. When I shoot digital I might shoot the same thing five times and then I have to digitally process it. Most of the time if take a good picture on film all I have to do is remove dust and scratches and I’m ready to go. 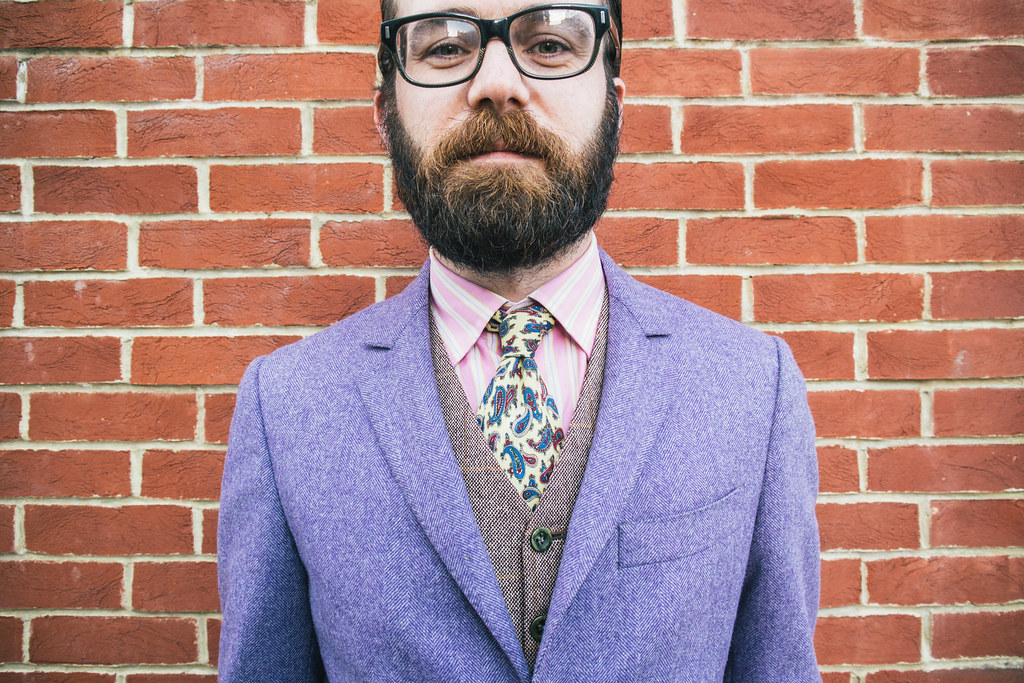 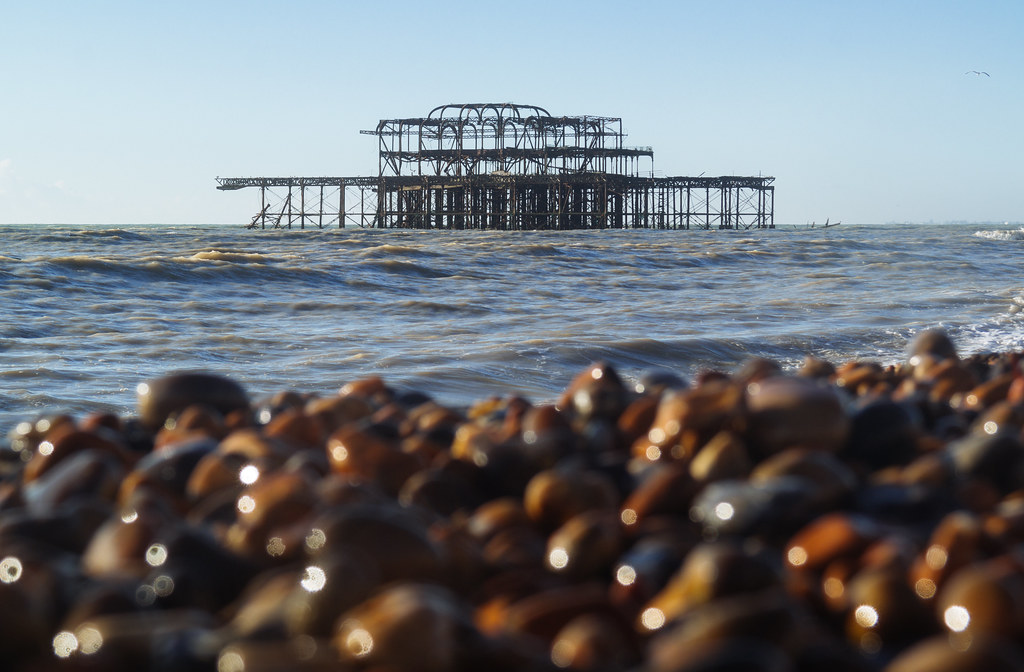 You’ve done a great job of maintaining a clear style no matter what camera you use though. When you’re shooting, what is it you’re looking for? Because it feels like that shows through no matter the camera you’ve got in your hand.

Thanks for saying so, though I don’t know if I see it. People say my daughter looks like me, but I can’t see it… But then I see my friends in their kids…

To answer you question, anything that interests me or that will make an interesting picture. I find it hard to put a finger on what it is in a shot. I really like shooting people unposed, like when they’re doing something. I’m really proud of recent set I shot in my local butchers: http://lomokev.com/portfolio/bramptons-butchers/ or my brighton swimming club images: http://lomokev.com/portfolio/brighton-swimming-club-open-water-swimming/ .

A lot of my lomo stuff is quite random. doing street style (for Brighton Source Magazine) gives me great focus too: http://fragmentedportraits.tumblr.com/

Yeah, in my head you and the swimming club shots will always be intrinsically linked.

I really want to get a under water housing for my 5D, but don’t want to risk my 5D mark 3 in the water. Plus the case for mark3 would be silly money. 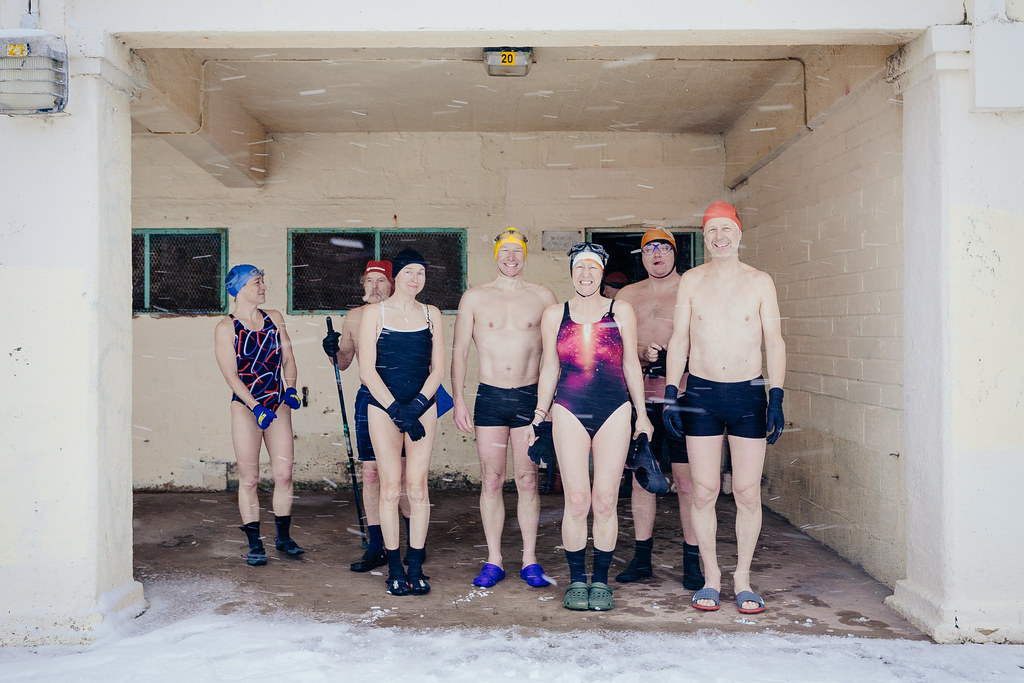 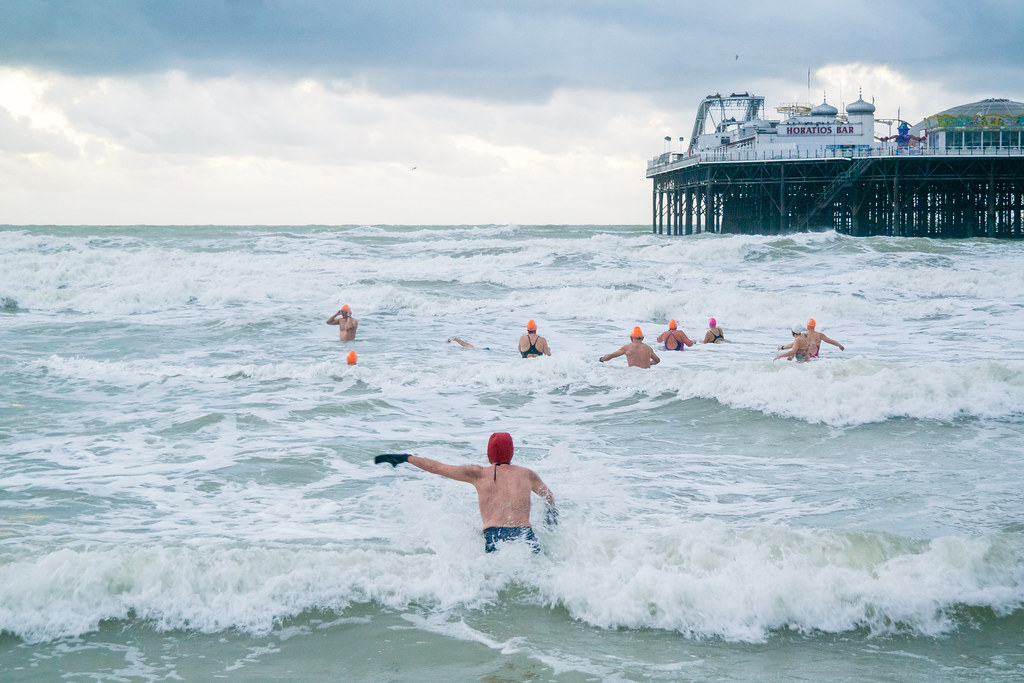 But it’d be so awesome!

I think a lot of the time my best work comes from things that’re close to my heart. I’ve been going to that swimming club for ten years. I’d been going to that butcher for five years before I took that set. That said, all the street style stuff is of strangers. 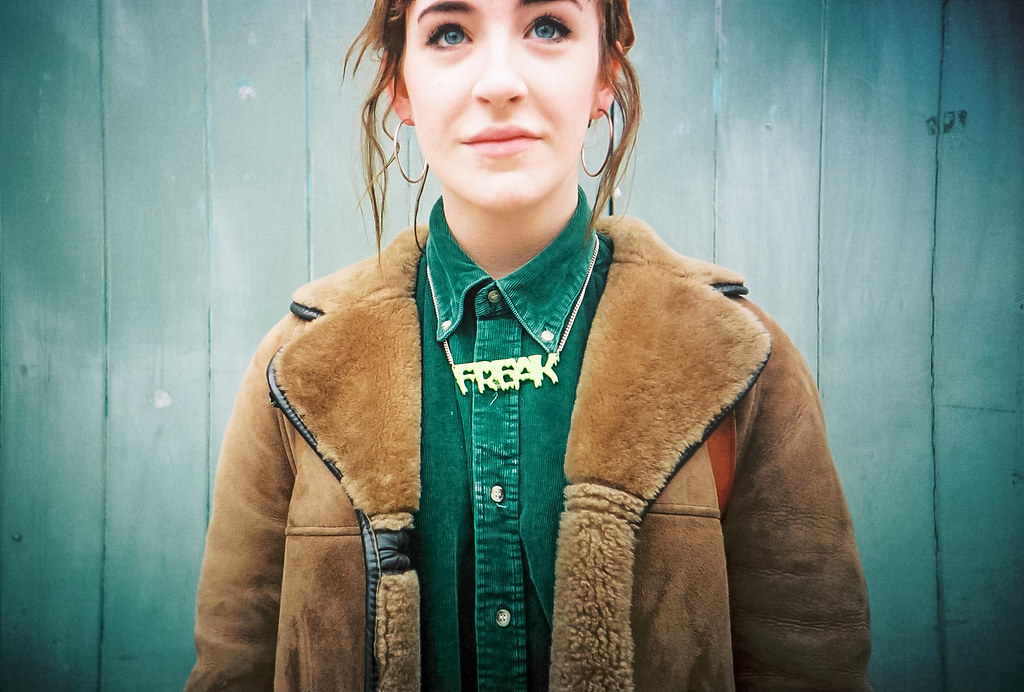 Our theme for #FlickrFriday last week was #AfterHolidays. This time you made it clear; there is a moment where everything turns calm, gets colder inside […]

After yesterday’s terror attack in Paris against the satirical paper Charlie Hebdo, there have been numerous vigils and protests in Franse and around the world. These photos have been shared by the Flickr community and beyond.