Flickr turned 11 today, and looking back on the year, we’re incredibly proud of the fantastic products and features that have debuted. Fundamentally, we wanted to focus on our community and create tools for improving your Flickr experience.

From a completely reimagined photo page to the overhaul of Flickr groups, we’ve given the website a fresh look and a huge technical upgrade. We’ve seen a wonderful lift in group discussions and uploads, and a very favorable reception from our core and new community members alike.

On mobile, we redesigned our apps on iOS and Android and introduced the first official Flickr app optimized for iPad. In addition to the great feedback from our community, we were thrilled that the iPad app was named to the Best of 2014 list by Apple’s App Store. 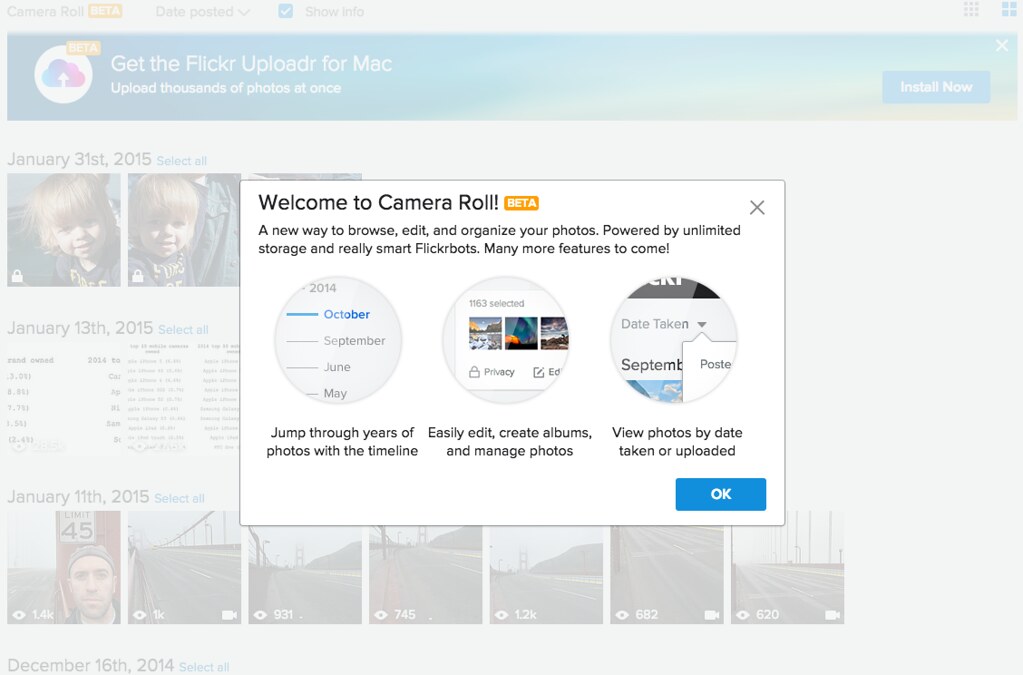 Finally, we’ve begun a thorough re-imagining of the ways you upload, organize, and share your photos on Flickr. We’ve begun the beta of our new Flickr Uploadr for Mac, an amazing tool for ingesting all the photos you have from every device you own (Windows coming soon). We’ve also introduced Camera Roll, an intuitive and beautiful way to organize and showcase your work.

We’ve got a great deal in store for the next year and we think you will love the changes we bring you. As always, we welcome your feedback and look forward to hearing from you as we grow together.