21-year-old fine art and fashion photographer Morey Spellman is not one for sitting still. Known as Ptolemy on Flickr, he set out last summer to interview conceptual artists he met on the site and through the community. In May, he plans to release “The Fine Art of Photography,” a book featuring twenty five interviews, selected works from the artists, and a diary of his travels.

Below is an excerpt from Morey’s book, featuring the extraordinary Amelia Fletcher, a photographer from North Carolina. He sat down with her last summer in Los Angeles’ Griffith Park, where she shared the inspiration behind her work and a cross-country trip through the United States. 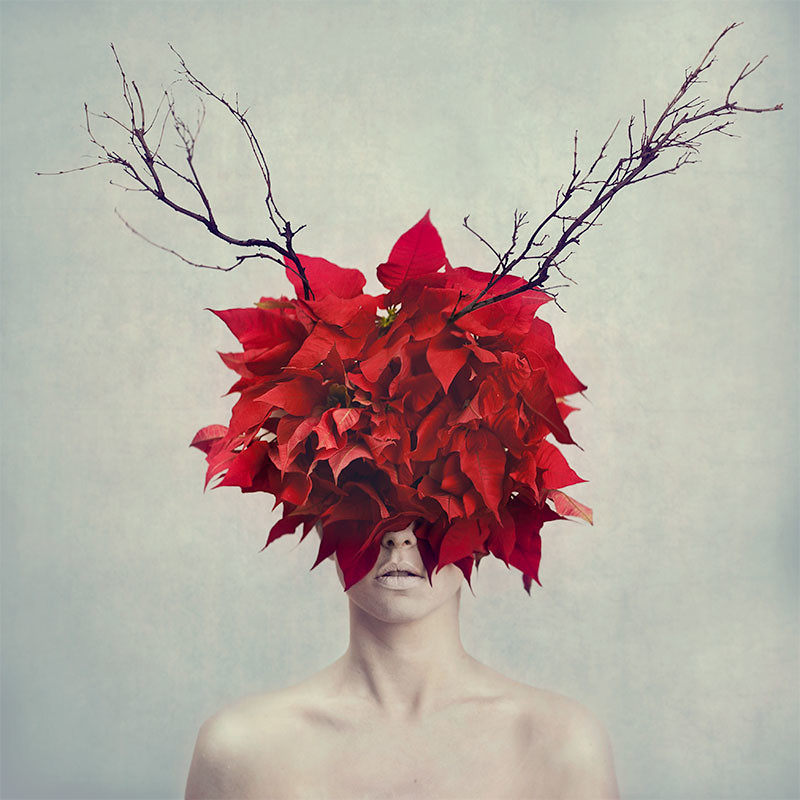 Anything can inspire me: a dream, a story, a book. I find inspiration in all kinds of places. I grew up in the Appalachian Mountains and it’s a slower way of life out there. The community really shaped who I am as a person, and who I am as a person shapes my photography.

When I was little, I loved drawing and painting, and in high school that developed into photography, but it wasn’t until I was graduating and had to pick a college that I got serious about it. Photography has always been therapeutic, never something I had to force myself to do. In college I had professors who pushed me, and without college I wouldn’t be where I am today. However, college isn’t for everyone; it’s expensive and not every photographer has to, or can, do it. It depends on the person, but it was the right path for me.

After college I was offered an intern job with Phlearn in Chicago. While it was a great opportunity for me to grow, it was hard being away from my family. That’s when I did my first 52 week project. I wanted to improve shooting digitally and in Photoshop. Working on the project was great since there wasn’t outside pressure, and setting a deadline for myself made me stay on top of it.

One time we were photographing a friend of Aaron Nace, and we found an octopus in an Asian market, which Aaron put on her head. He then poured karo syrup on the octopus to keep it shiny! While she was great trooper and she got through it, the whole thing was a mess. 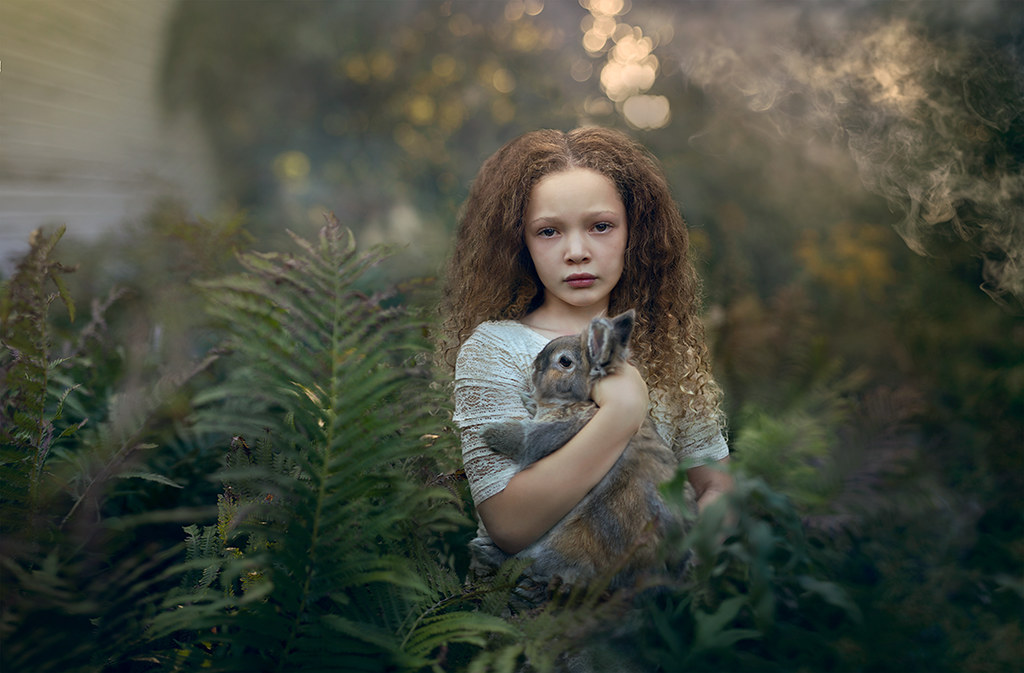 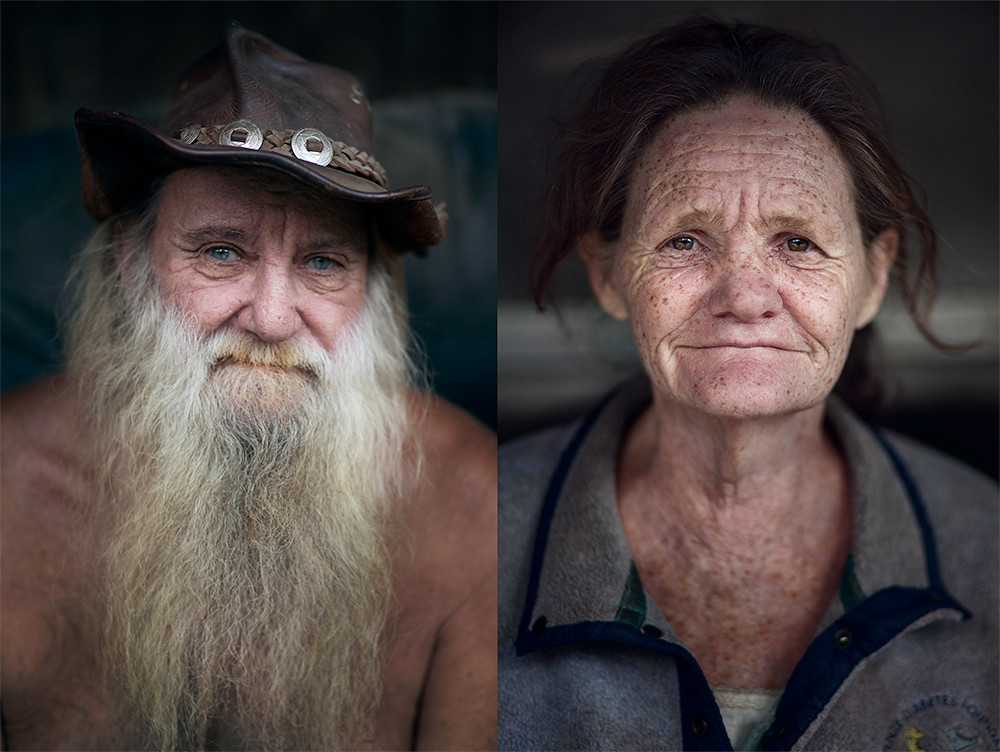 I enjoy all types of photography, but portraits are my favorite. I think they can be the most challenging and the most rewarding. The most important part of a photograph is that there’s something in it I feel connected to and that other people will feel connected to as well. That’s the goal, to make someone else feel something. Usually I have that something in my head beforehand; I’m going for a certain look and feel. Also when I’m shooting a portrait, I want to take a photo that best captures their personality. When I’m shooting myself, it’s more of the mood and feeling. 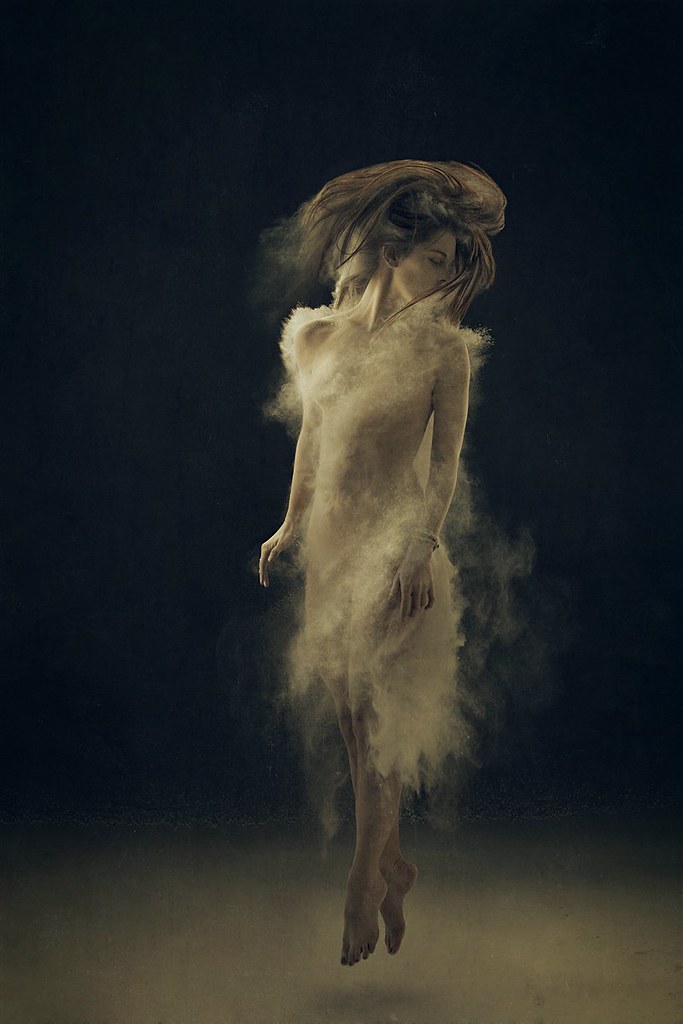 My most difficult shot is also my favorite. It’s the one of me jumping in the air with powder. I got really dizzy and there was a lot to think about while shooting: the powder, the way my arms were moving, the way my body was moving, my hair, keeping my eyes closed, all while jumping and spinning. It was so worth it!

Interestingly, film was the way I learned photography in college. It really helped me to slow down and think about what I was doing. I think that film is important and a useful tool, and I applaud those that still use it. The aesthetic qualities are different and there’s a nostalgic aspect associated with film. For the sake of convenience and expense, I shoot digitally, but I hope to shoot film again, if only for a hobby. The 52 week project relied on post processing much more than my work does now. Currently it’s mostly color correction and dodging and burning. 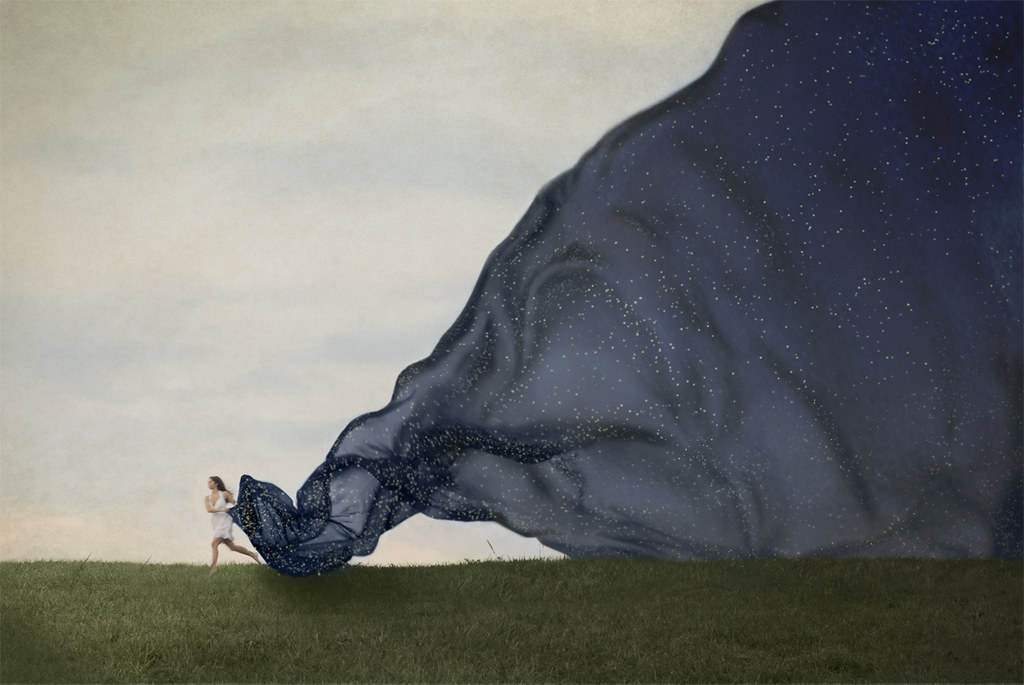 Flickr has been really important to me. I wouldn’t have found out about Aaron’s work if I wasn’t on Flickr, which in turn led to my internship, moving to Chicago, and my 52 week project. It’s completely changed my life. It’s hard to imagine where I’d be today if I hadn’t joined that website.

I attended the Atlanta Flickr meet up, and before I went to Atlanta I had followed a lot of the photographers online. So it was really strange to meet people that I knew about, but they didn’t know about me. It was a little fan-girly for a while. It was a little surreal and very inspiring to see so many young talented people doing what they love and doing it well. It also encouraged me that I could make this happen for myself.

The most interesting location I’ve been to so far on this trip is Taos, New Mexico, and the most interesting person on this trip, John, lives in a place outside of Taos called The Mesa. It’s completely off-grid. He’s been there for 40 years in a camper with no running water, no food, nothing within an hour’s drive. I was wwoofing in New Mexico and heard about The Mesa and I wanted to go up there and photograph someone, but it was thundering and raining, so my only option was to knock on a door. When I knocked on John’s camper door he answered it completely naked! I was photographing him for a few minutes when he pulled out a giant knife. I’m really happy with the shots I got. New Mexico was also so beautiful; they call it the land of enchantment. It’s a beautiful place full of deep history. 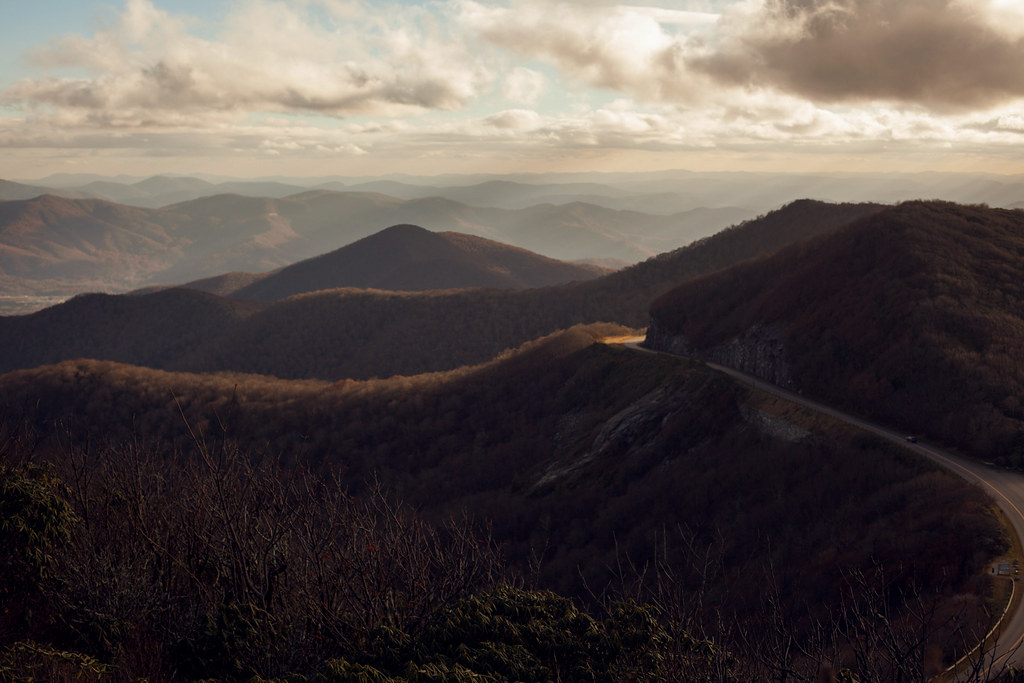 Before I started this trip is I was a little disappointed in our country, and with a lot of the issues I was going through. But after seeing the kindness of complete strangers, and the freedom this place has, as well as the beautiful places, I feel very blessed to live here. After the trip is over I see myself staying closer to home. Now that I’ve gotten the chance to spread my wings and explore, I think I need something that allows me to be closer to my friends and family. My immediate plans are to exhibit the work in galleries and publish a book of my travels. I’d also like to work in a gallery, work with charities as a travelling photographer, and/or stick around North Carolina shooting weddings and small business.

This is the first of three installments from Morey’s book. You can find out more on his Flickr profile or on his Facebook page.

Yum! You lived life to the fullest for this #TwitterTuesday! Your contributions were not only about good food but were also an expression of your […]

We know that photography brings people together on Flickr and it’s always a delightful surprise to hear about long-lasting friendships and relationships that start here. Such is the story of Els and Gregory, two photographers with a penchant for self-portraiture and lifestyle photography.