Last month, 21-year-old fine art and fashion photographer Morey Spellman shared an excerpt from his upcoming book, “The Fine Art of Photography.” This is the second excerpt of his book that we’re happy to share with the Flickr Community.

This interview is with the versatile Ethan Coverstone, a photographer from Indiana. Morey met with Ethan while in Canada, where Ethan articulated his interest in melding photography and architectural studies.

Ethan started by telling me that his Fellowship (thanks to the Architectural Guild and the Gesundheit family) allows one graduate student to travel to gain knowledge as it relates to architectural education. His project is called “Architecture, Photography, and Story: A Study of People and Place,” and he will be traveling around Western Europe for about a month to document and explore public spaces and the people that are influenced by them on a daily basis. “I’ve been given the opportunity to explore a more direct connection between architecture and photography, and I can’t even begin to describe how excited I am.”

Ethan’s portrait work is really unique. I asked him to describe his influences. “My shoots lately have been highly focused on the idea of memory and recollection; it’s something that I struggle with as a person, so I find myself drawn to it. Ask anyone who knows me will tell you how awful my memory is. I keep birthday cards, movie tickets, wristbands from concerts, photos, letters, and notes just to remind myself how I was feeling and what I was thinking at the time.”

Ethan believes that a lot of his work has to do with the same level of introspection and sentimentality. “I began taking photos originally as a reaction to the things going on around me, and now I can flip back through my portfolio and see the importance of those moments in my life.”  He has experimented with 3-D modeling software, external manipulation, layering text and photos together, digital manipulation, and “glass shard shooting”, moving toward the ideas of transparency and layers to convey the full story of what he’s trying to present.

I asked Ethan what he would like to change about his photography. “Produce more work,” he said. “I would also like to see more emphasis placed on the story behind each image or image set. I think I have a pretty good idea of what I want to shoot, but sometimes the story gets lost in the sea of digital images; I definitely need to get better at editing down to a final few photos after a shoot instead of showcasing them all.”

I then asked Ethan to tell me what his favorite picture (or shoot) was and why.  He laughed and told me, “I like that you didn’t ask me for my favorite shoot, so I’m going to tell you what my favorite shoot is that someone else did.”

He went on to say that he’s been “totally obsessed” by a few sets of photos. “Tim Walker’s “Far, Far From Land” series absolutely blew my mind, and I don’t care how cliché it is to say that. I love the mood and serenity of the whole set. “The Bubble Series” by Melvin Sokolsky has always been another one of my favorites because of its connection with beauty, space, and the implications of architectural integration with photography and fashion. Francesca Woodman’s entire portfolio has always blown my mind due to its raw and emotionally jarring imagery.”

Other photographers play a big role in Ethan’s life. “I’m inspired by so many people that it would be impossible to list them all, but recently I have been looking closely at the photographic work of Ezra Stoller, Weegee, and Vivian Maier. I also have been looking at architectural drawings and renderings a lot more in relation to my photography work, especially from architects like Diller/Scofidio and Lebbeus Woods.”

When I asked him his biggest accomplishment as a photographer, he replied “the group of friends I’ve made across the globe. I feel like the luckiest guy in the world when I think about how many people I can talk about to my friends and family.”

Flickr played an instrumental role in this and changed Ethan’s life. “The biggest way that Flickr has affected me is the network of artists that I am now in contact with around the world. These relationships have given me the chance to travel across the country, and the opportunity to see more of Europe as well. On a personal level, Flickr has allowed me to become more confident in self-expression and the creation of my own art. The community of Flickr helped me foster a more confident version of myself, and it helped me understand that I do have a unique perspective and voice.” 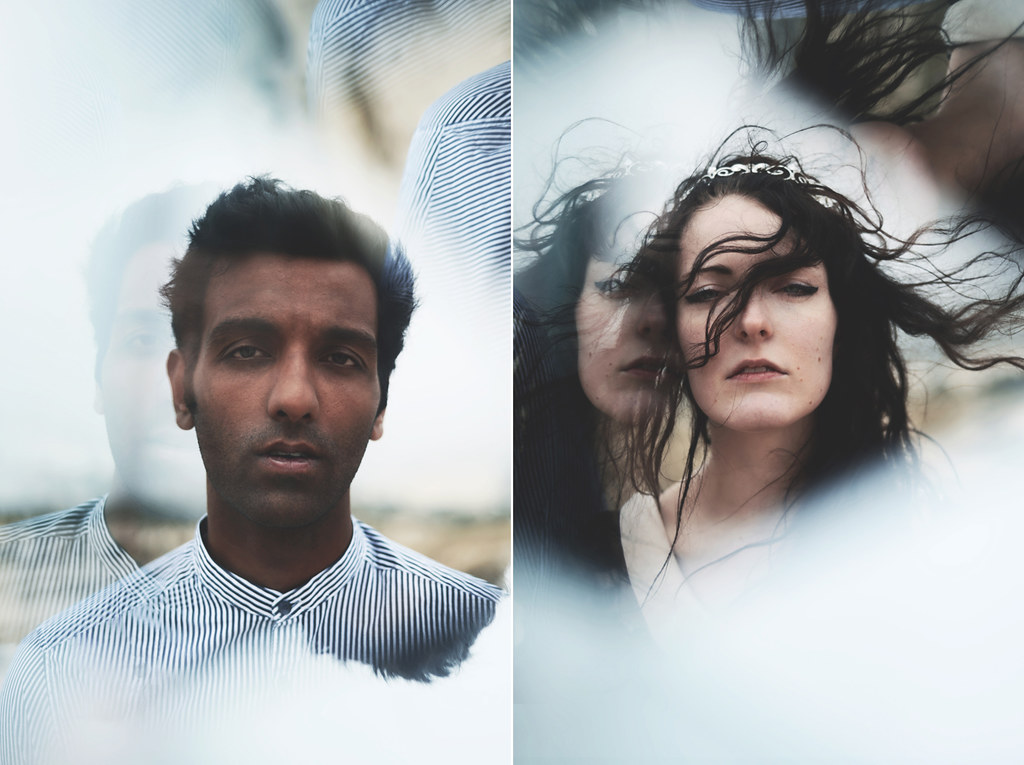 In fact, Ethan hosted one of the first large Flickr Meetups for conceptual artists. He was twenty-one at the time, and with the exception of two people, he hadn’t met any of the photographers before they showed up at his parents’ farm in the middle of Indiana. The impetus for the gathering was his online friendship with photographer David Talley.

“We decided that he would fly to Indiana from Los Angeles to come hang out for a week or so, and we figured we might as well invite some other people. So I posted a photo to my Flickr Photostream (it’s still there), and invited photographers I had been following on Flickr for a week of collaboration. People showed up and we created amazing things! It was a lot to plan for; the weather was about 110 degrees, so it was a struggle to make sure everyone was comfortable, safe, having fun, not dead. It was surreal to meet so many talented people who were so kind and down to earth; many of these people were photographers that I had looked up to since I started taking photos myself! In retrospect, it’s been an absolute life-changer.  I can’t even begin to describe how much that week meant to me.”

Ethan’s advice for aspiring photographers: “Some of my biggest moments of growth in photography have been when I was collaborating with other artists. Photography can be insanely competitive, but there is so much room for growth when you work together. It was enormously helpful for me to meet other photographers and trade critiques, especially when I was new to photography.”

Now that’s how to get your coffee to go!