Richard Renaldi believes we are all connected.

The New York City fine art photographer is the man behind “Touching Strangers,” the wildly popular photo series that explores human connection through intimate portraits of people who have never met.

Richard became intrigued by the idea of photos capturing unrelated travelers in the same frame while working on a photography project in bus stations across the United States. Eager to explore the new concept, he took his 8×10 box camera to the streets of New York in 2007 and began approaching strangers of different backgrounds, asking them to pose together for a portrait. 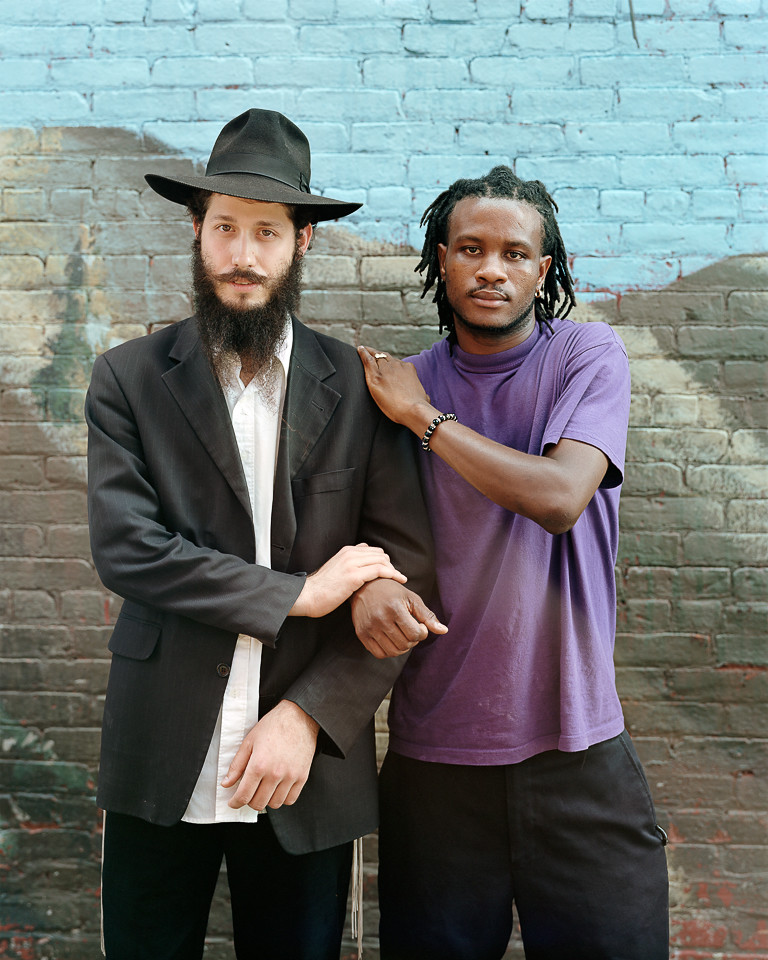 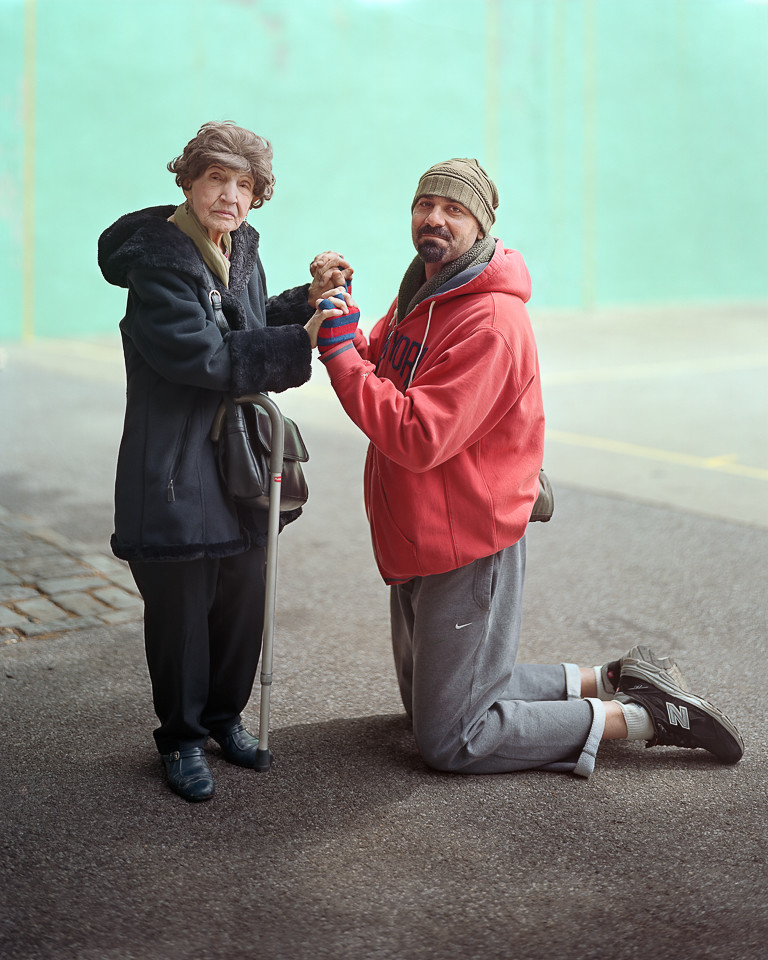 From the beginning of his project, Richard has been upfront about the fact that his subjects are strangers. Still, that doesn’t curb a desire for people seeing the photos to want to define the relationships. Are they a couple? Friends? A family? “People have an almost primal response to create stories about how the people are connected,” Richard says.

While his earlier photos feature conventional forms of touch – his subjects holding hands, or placing their arms around one another — Richard found himself wanting more intimate moments of contact, in some cases asking his subjects to kiss or cozy up to one another. The results produced incredible moments of connection. “I was really rewarded over and over again by my subjects by their openness and their willingness to participate,” Richard says. “I think that was a wonderful gift.” 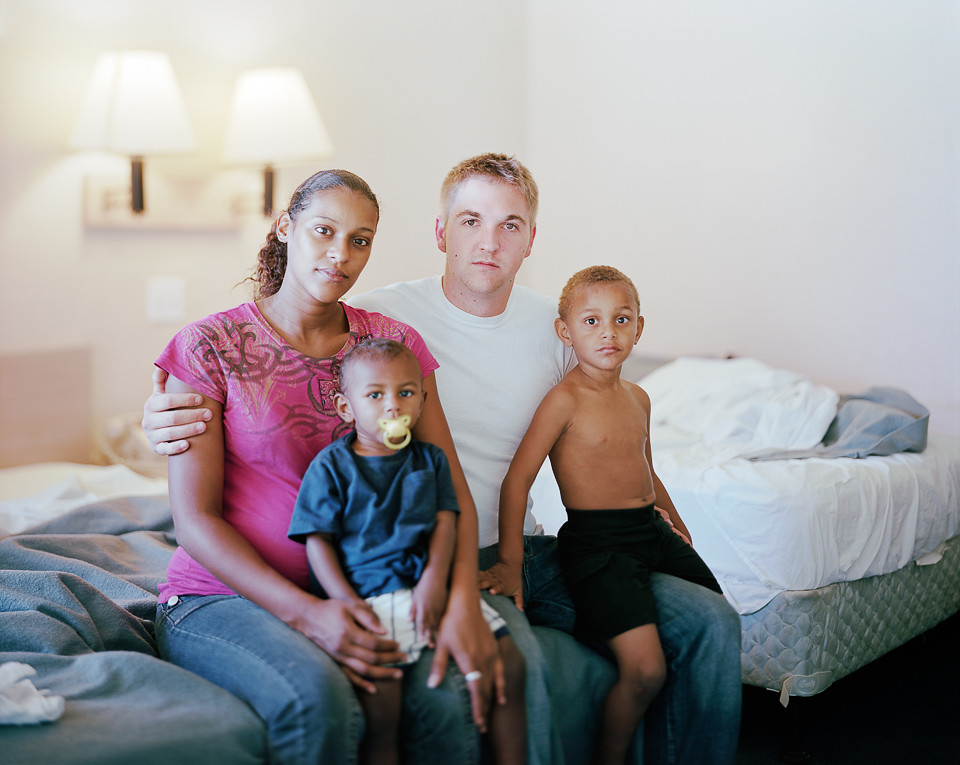 Audience reactions to the photos varied. While some were uncomfortable or creeped out, others wrote to Richard saying the photos moved them to tears. He gained such a following that a Kickstarter campaign to help him publish a book of his photos raised $80,943, surpassing the initial $10,000 goal. 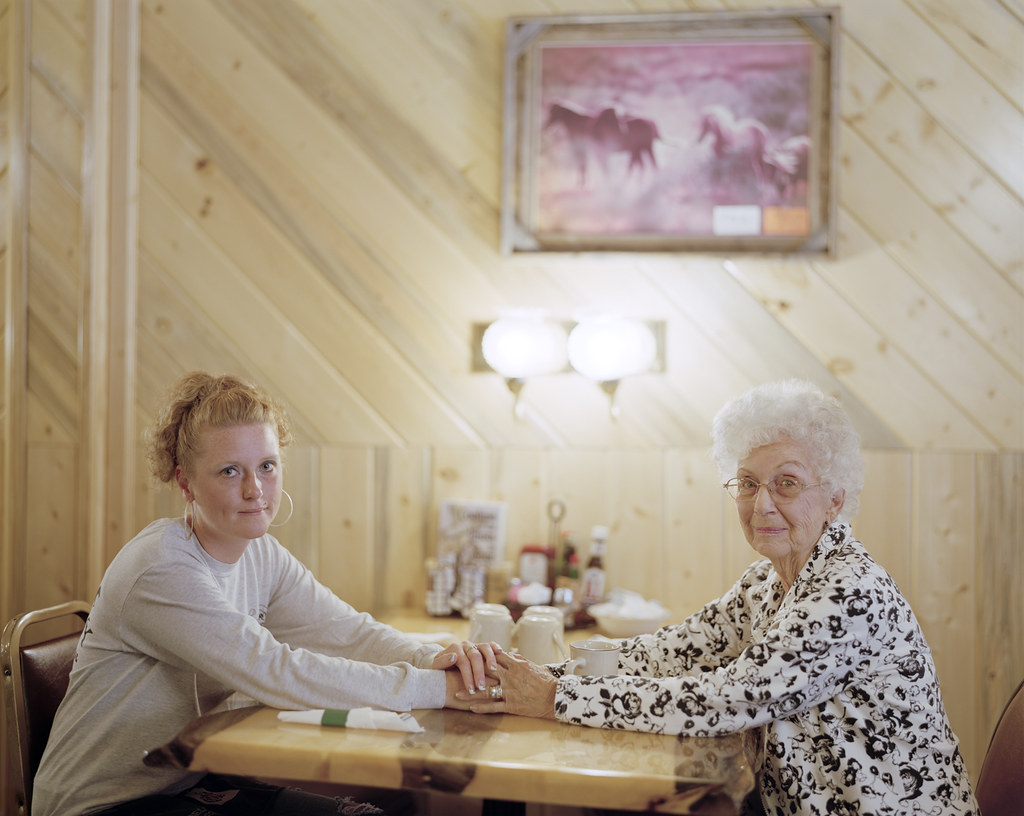 For Richard, it is a project just as personal as it is public.

“There’s an exploration of my own desire to reach and touch other people,” he explains. “I think that just by our proximity to each other, we are connected. There is the potential for any stranger to become a lover, a partner, or a friend. We possess an extraordinary capability, drive, and desire to have intimacy in our lives.”

It’s been another amazing week of stunning images on Flickr. Here are some of our favorites. Thank you all!