When it comes to degree of difficulty in photography, Gavin Farrell aims high.

The panoramic photographer and videographer based in Portland, Oregon, recently participated in the production of the first-ever high resolution 360-degree image shot from the new One World Trade Center. 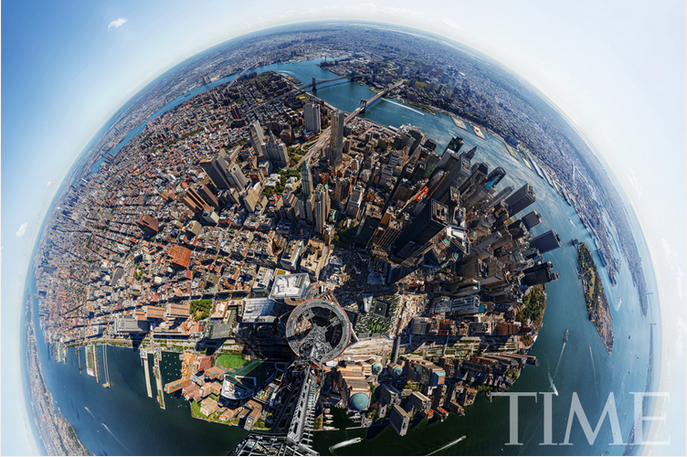 The shoot was a 2013 partnership between Time Magazine and Gigapan, with the goal of capturing the entire city of New York from the top of the tower. Gavin was one of the photographers who helped stitch together the images into a single panorama for the iconic photo that graced the cover of Time.

“The technical challenges were immense. Most notably, removing the camera system from appearing in the shot,” Gavin says about the post-processing job.

To achieve this, the photographers photographed two hemispheres using a custom rig suspended 10 feet away from the building and 1500 feet above the ground. “This meant I was tasked to combine two separate hemispherical captures into one panorama in which one could effectively remove most of the capture system itself.” 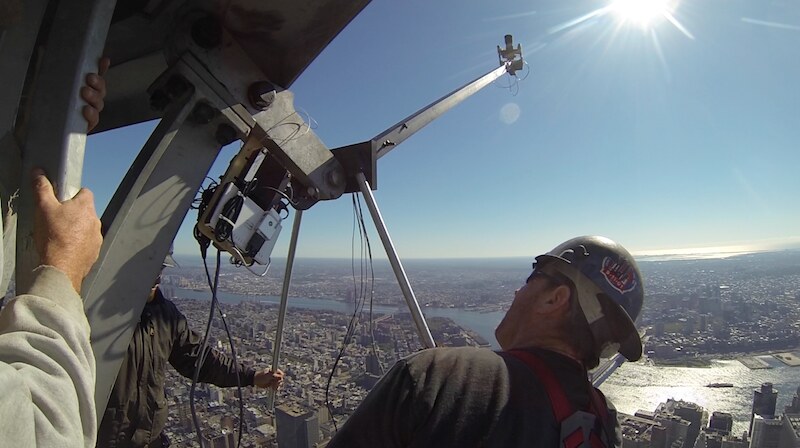 Another problem, he says, was getting the image to appear as if captured in a single moment.

In order to prevent motion blur, they had to shoot at extremely fast shutter speeds. “Focus was achieved by shooting at a smaller aperture,” he explains.

The final result is a very detailed image, but Gavin says the sheer amount of data was so processor intensive it required a system configuration maxed out in every possible way and even the final render took around 12 hours. 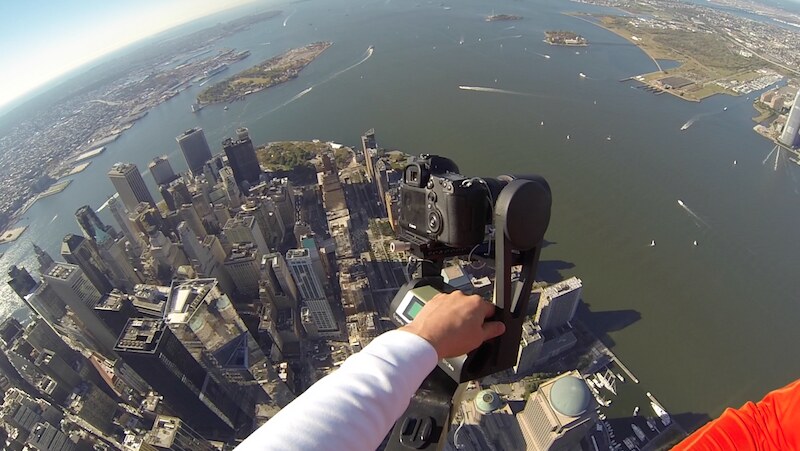 Gavin started taking panoramic photos in 2005, when he was studying at the Gnomon School of Visuals Effects in Hollywood. Two teachers invited him to be part of the Yosemite Extreme Panoramic Image Project, where 70 photographers shot more than 10,000 photos simultaneously at predetermined locations over 16 miles. The resulting image is a stunning, unwrapped, lateral view of the entirety of Yosemite Valley. “The project was a huge success and you can say that it was at that moment when my passion for panoramic photography solidified,” he says.

For Gavin, the spherical immersive experience of a 360 image always trumps the flat screens of a PC, tablet or mobile device. He mentions the Samsung GEAR VR and Oculus Rift as two examples of virtual reality devices that allow the viewer to completely enjoy a 360º video or image.

“With these, a viewer is fully immersed in the 360º panoramic environment and there is a suspension of disbelief,” he says. “There is a momentary reaction where viewers forget they are looking at a photograph, forget where they are, and are engaged completely within the photographic environment.”

When it comes to shooting panoramas, Gavin is an expert. He takes 360º video mounted to Unmanned Aerial Vehicle (UAV), simple manual based artistic panoramas for gallery shows and viewing within VR headsets and Gigapixel Panoramas suspended to pole systems. For this latest type, photographers need to make use of automated robotic pano heads: “There are consumer grade versions of these heads made by Gigapan Systems, but most are Prosumer grade,” he says. More information about the companies that make these systems can be found on his website. 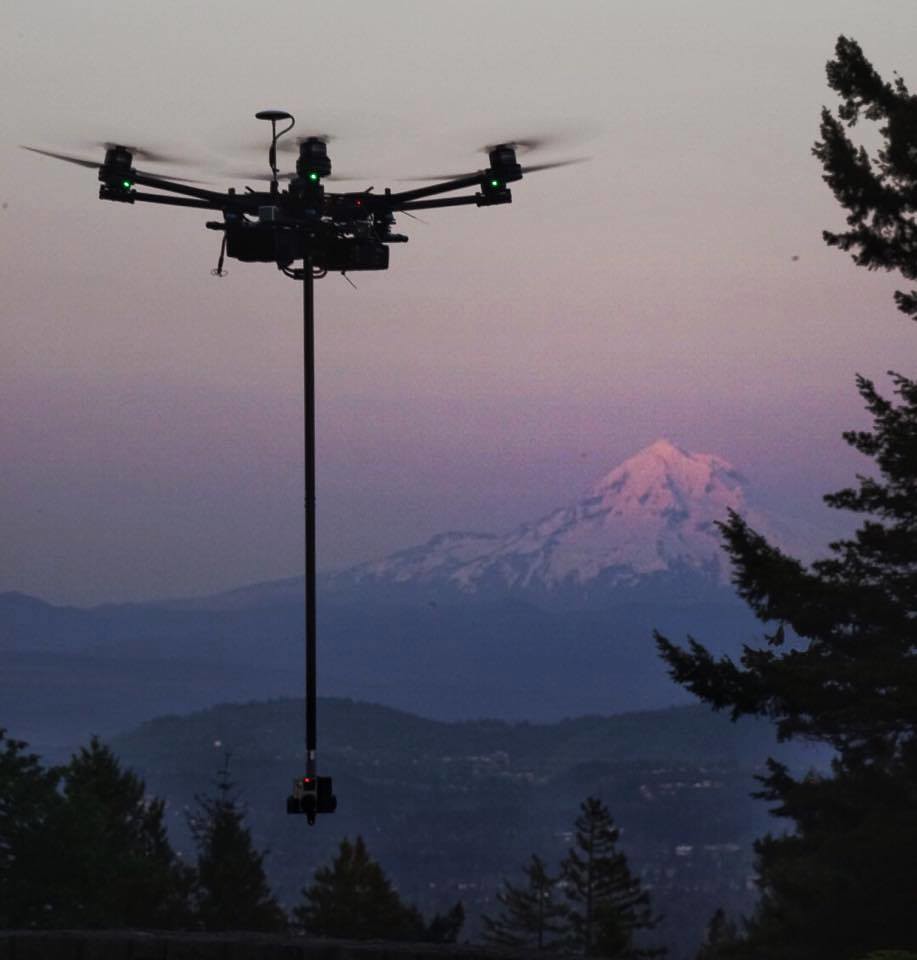 “Any camera can be mounted onto these systems — like the Mars Rover or a Satellite orbiting the earth, the robotic unit is programmed to trigger the camera to shoot a fixed array of overlapping images. The array can be set to a fixed viewpoint or to cover all 360º,” he explains. 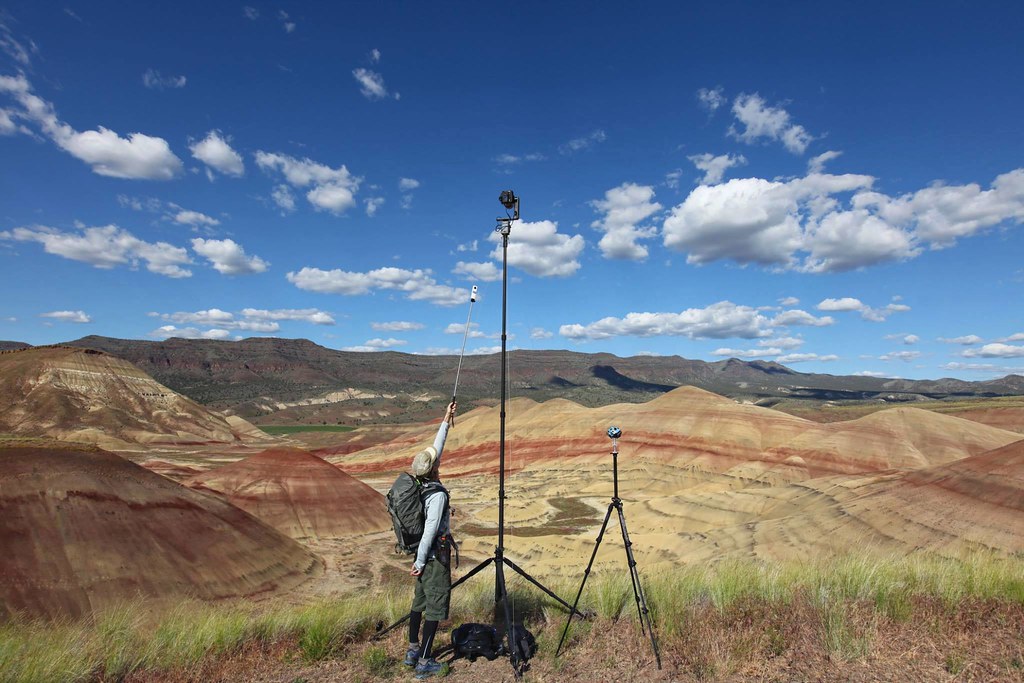 For all the amateur photographers interested in shooting 360s, he recommends starting out with some mobile applications such as 360cities, Microsoft’s Photosynth, or Google’s photosphere.

Gavin also has great panoramas on Flickr. His own favorite panoramic photo is “The old City of Gyantse in Tibet”, a tone-mapped HDR gigapixel image. “I spent many weeks in this ancient city built of clay and stone and it has a tranquil beauty that is hard to describe.” 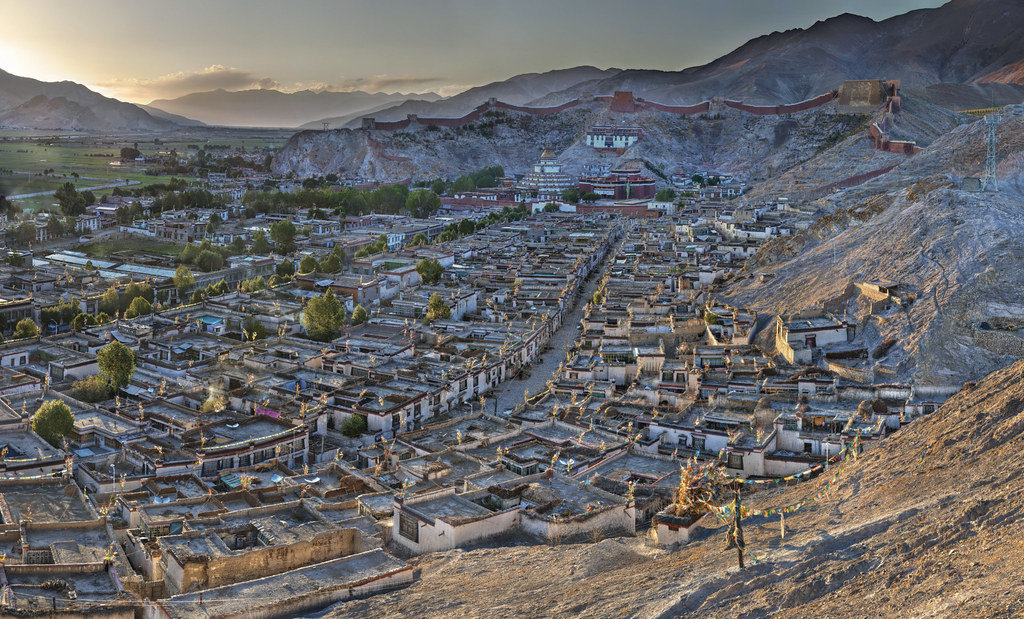 As a Yahoo employee working on the the Ad Creative Tech team, Gavin has his own opinion about Flickr: “I would like to see Flickr embrace the interactive side of panoramas, of 360º photography, as well as 360º videography. Flickr already allows users to post high-resolution image and video into one location. The next step is allowing 360º interactive versions within Flickr galleries so users can enjoy content on VR headsets such as the Oculus rift and others.”

Gavin is also a director on the board of the International VR Photography Association. You can visit his Flickr photostream here and check out some of his favorite photographers: Macroscopic Solutions, Miss Aniela, Robbie Shone or Clément Celma.

Happy 4th of July! Did you take pictures of the fireworks and celebrations? Share them on our latest Flickr gallery