Photographer Devin Allen grew up in west Baltimore surrounded by crime, drugs and murder. Photography offered him not only a means of rediscovering his community’s beauty, but it also literally saved his life. Still, he never dreamed that one of his photos would land him on the cover of TIME magazine and give voice to his city’s pain during one of its darkest hours.

For Devin, gun violence has been a constant and harsh reality. “I’m only 27 years old, but I have buried 20-plus friends,” Devin tells The Weekly Flickr. While he credits his family with keeping him from losing himself to the street life that surrounded him, he marks one tragic weekend as a turning point. In 2013, Devin’s two best friends were shot and killed within 24 hours of each other. If not for a photo shoot he had scheduled that Saturday evening, Devin believes he would certainly have been present for the second shooting.

“If it wasn’t for photography, I would probably be in a casket. Once I lost those guys, it changed me forever.”

Devin resolved that he wanted no further ties to street life and plunged into his photography with an all-consuming passion. In addition to pouring every bit of his money into purchasing photography equipment, he got a job working nights so he could shoot all day. “I didn’t get much sleep, but I was able to spend my day doing photography,” he says proudly.

On April 19, 2015, Devin heard about Freddie Gray’s death in police custody via a text message and knew there would be protests. “My mind was racing when the protests began, because no one really understands Baltimore,” he recalls. “Most people see the riots … but they don’t understand the pain that caused those riots and caused that uprising.” 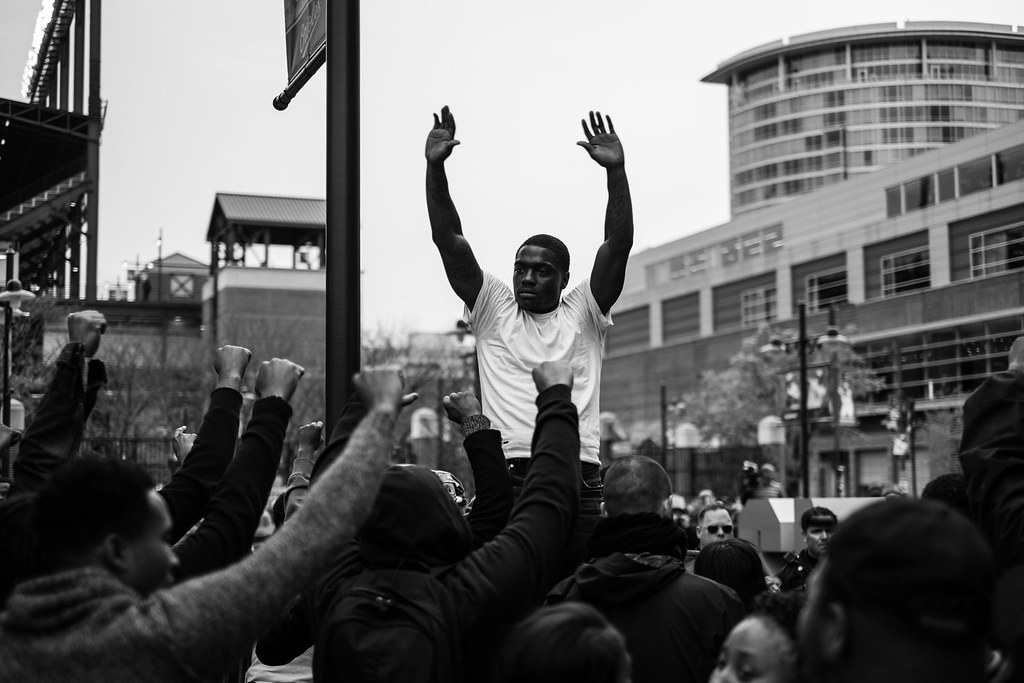 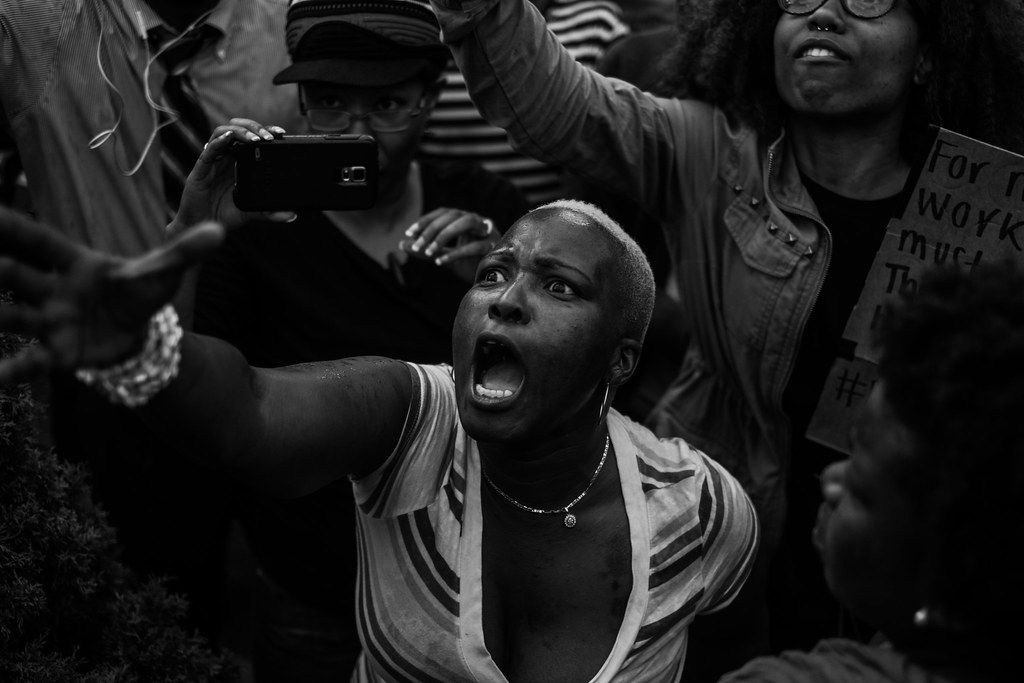 Devin grabbed his camera as soon as the protests began. Determined to document the story without bias, he sought to photograph both good and bad. The contrasts were overwhelming. Devin witnessed brutal police tactics, but also some officers playing with children and marching with protesters. He saw protesters vandalizing stores and destroying cars.

But he was also amazed by the solidarity as the community and people from other cities came together to clean up the streets. “I saw people – black, white, Indian – working together, and it was a beautiful thing. Even when I look at some of my own pictures, I still can’t believe I was there and witnessed all that,” Devin remarks. 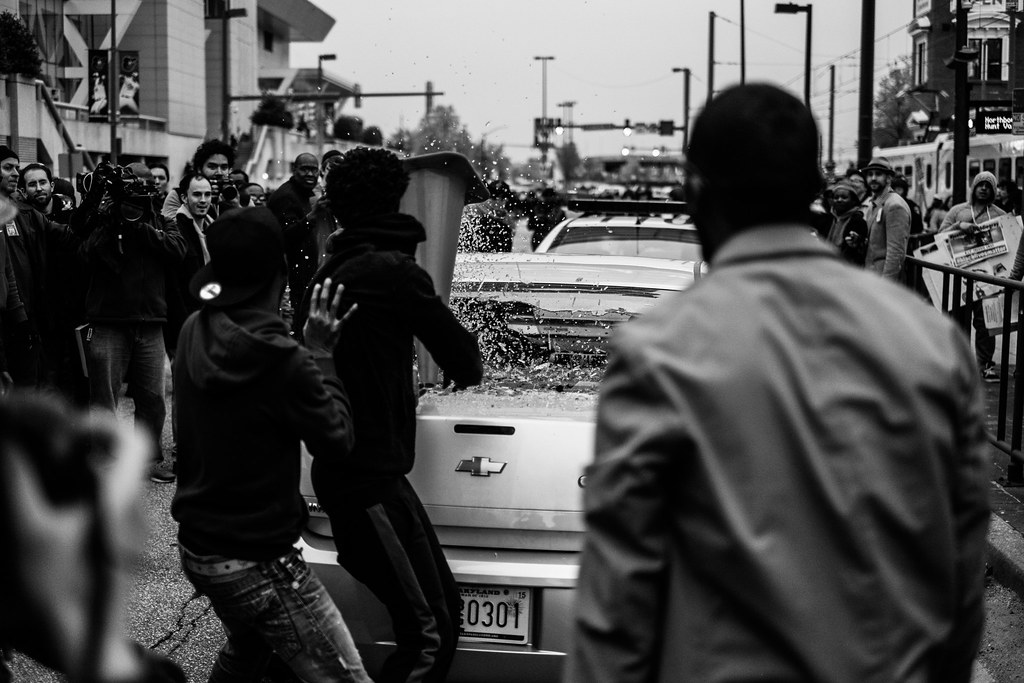 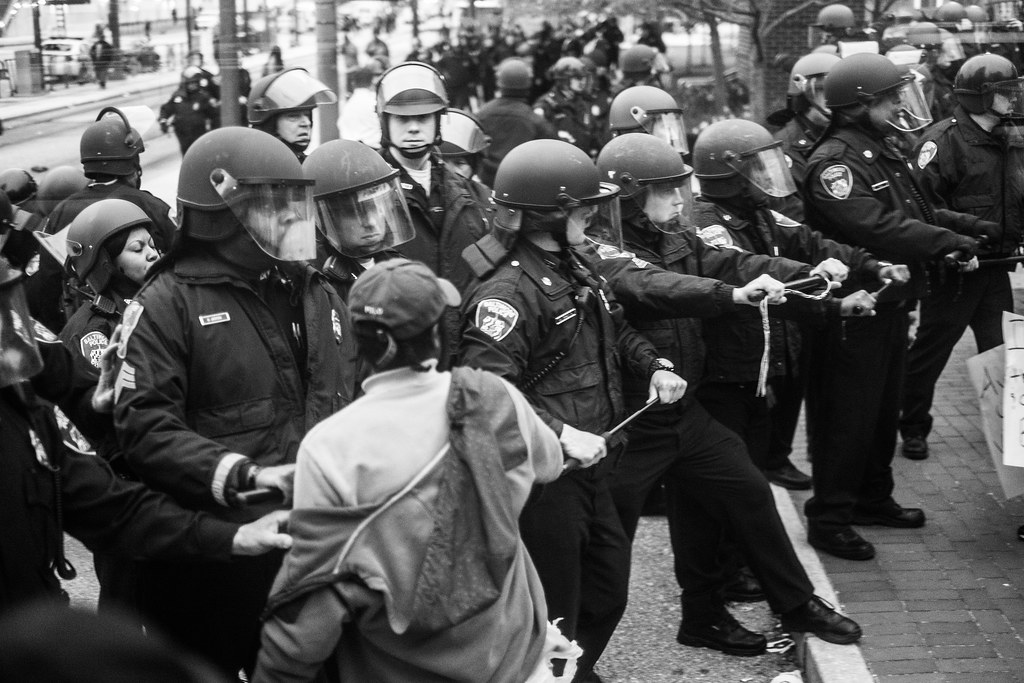 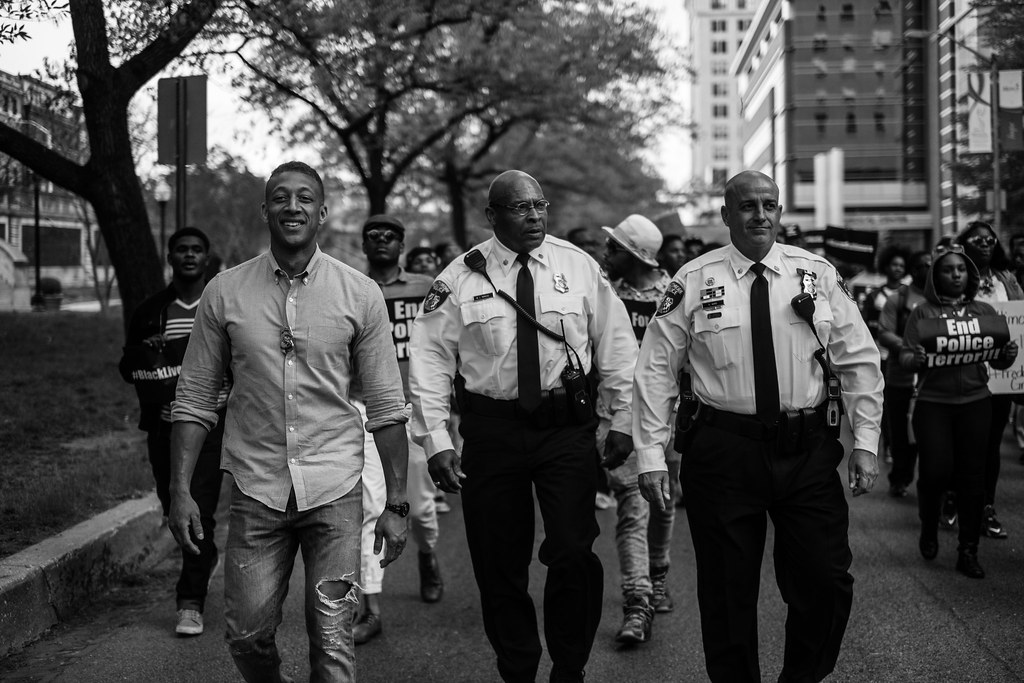 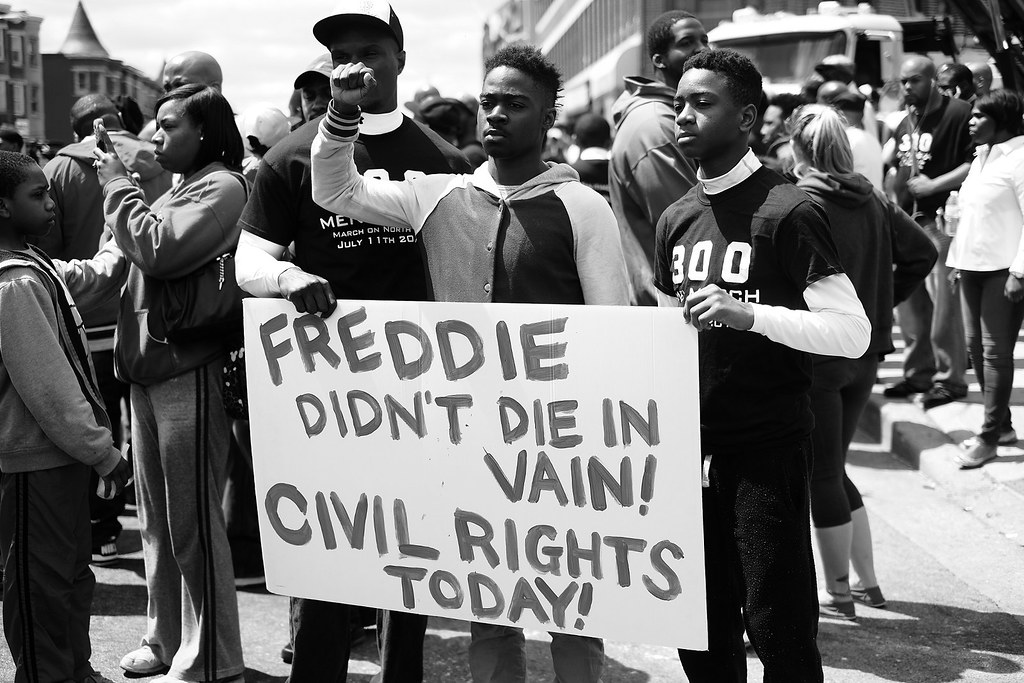 During the protests, Devin posted and tweeted many of his photos within minutes of taking them. One image featured a line of police officers advancing up a street as a young black man in the foreground runs away. Despite almost getting trampled, Devin liked the photo so much that he stopped and tweeted it on the spot. What he didn’t expect was that it would go viral, with thousands of shares and retweets in a matter of hours. When he got home later that day, he was stunned to discover that his work was being shared by celebrities like Ice Cube, Rihanna, and Usher. Media inquiries began pouring in, culminating with a call from TIME.When the magazine announced it had selected Devin’s photo for the cover of its May 11 issue, he was overwhelmed. “I just cried. I called my mother screaming,” Devin recalls with a laugh. “My entire family was crying.” 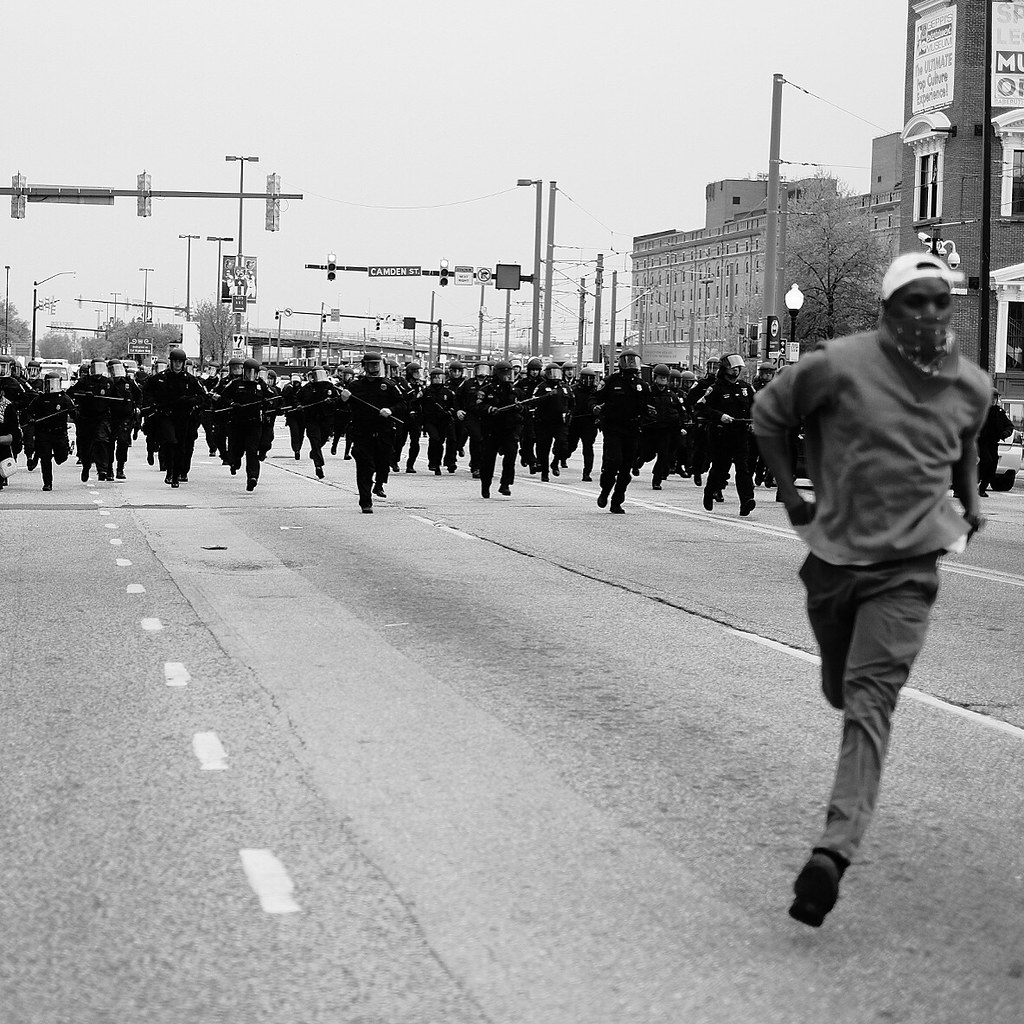 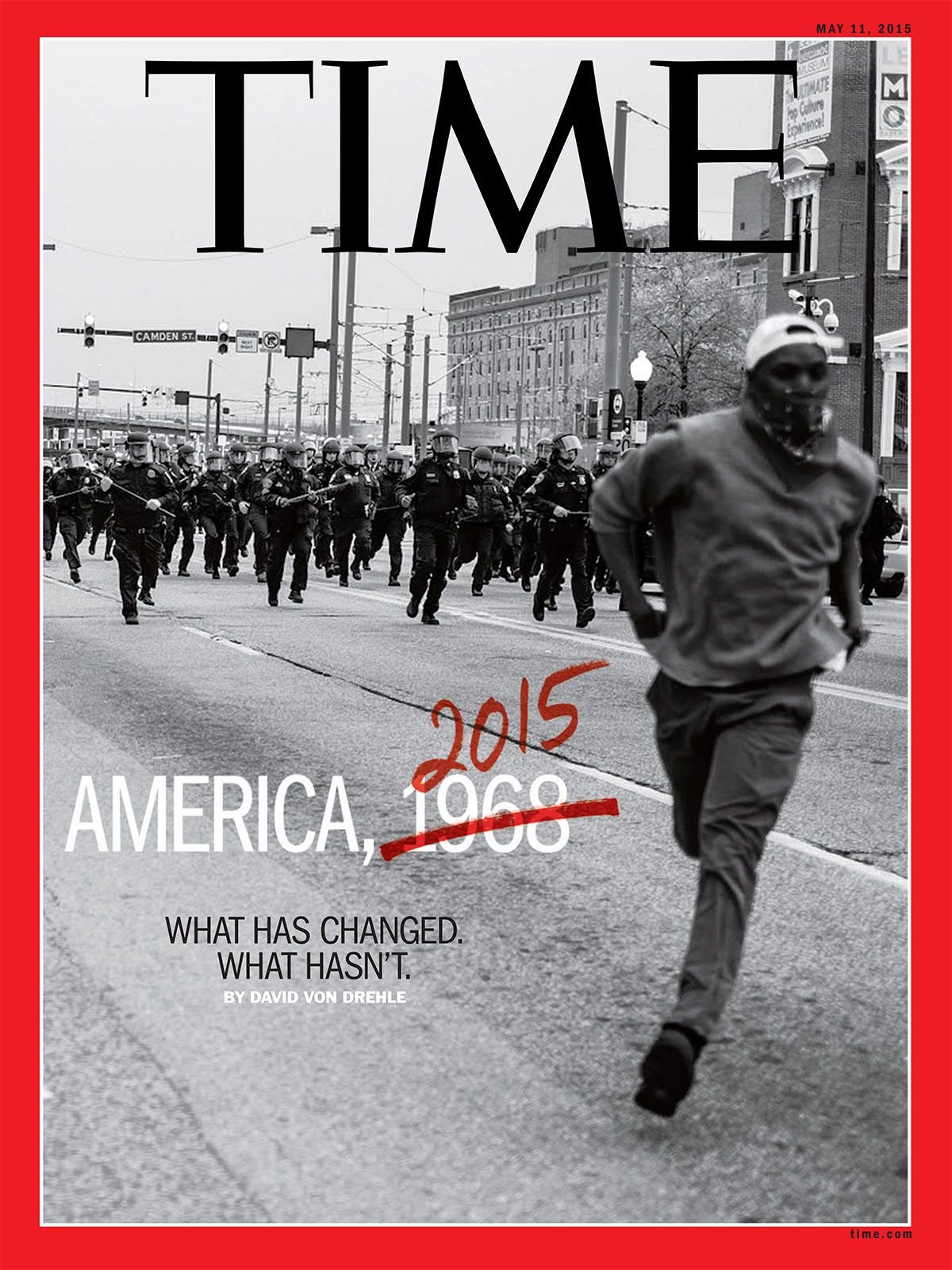 In only a few months, Devin found himself featured in many publications. He saw a collection of his photos blown up eight feet tall for an exhibition at the Reginald F. Lewis Museum in Baltimore (running until December 2015). Calls from high-profile clients began coming in. With the support of heavyweights such as Russell Simmons and Michael Skolnik, Devin is preparing to launch a youth photography program, “Inspire the Youth,” in order to give kids from his community the opportunity to learn photography. “Being on the cover of TIME changed my life,” he says. “It’s just amazing because now I’m able to tell people that dreams come true.” 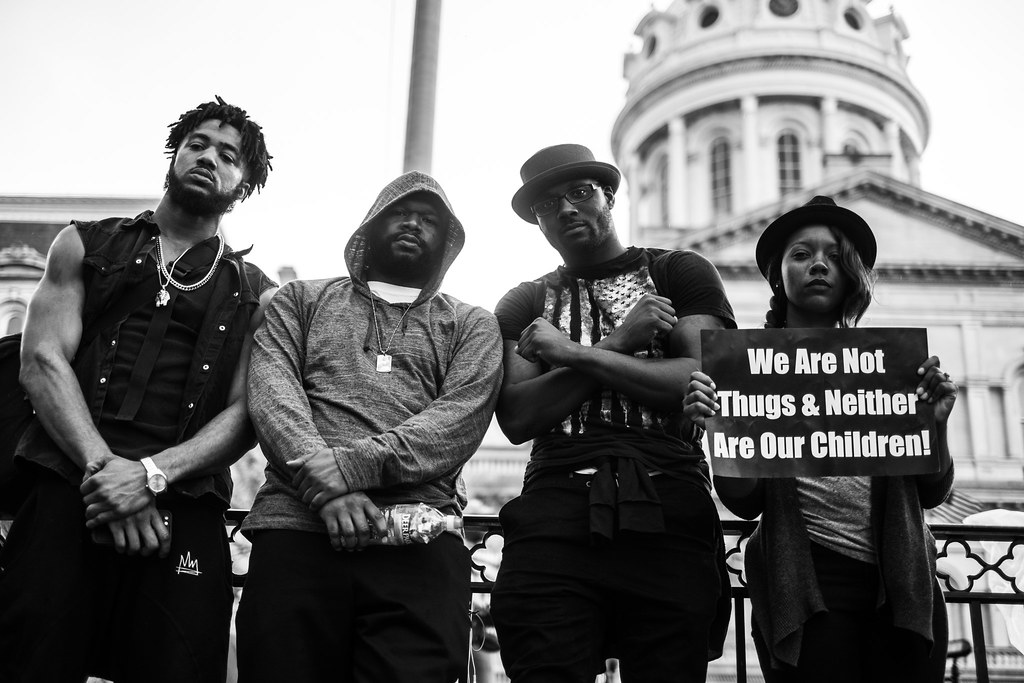 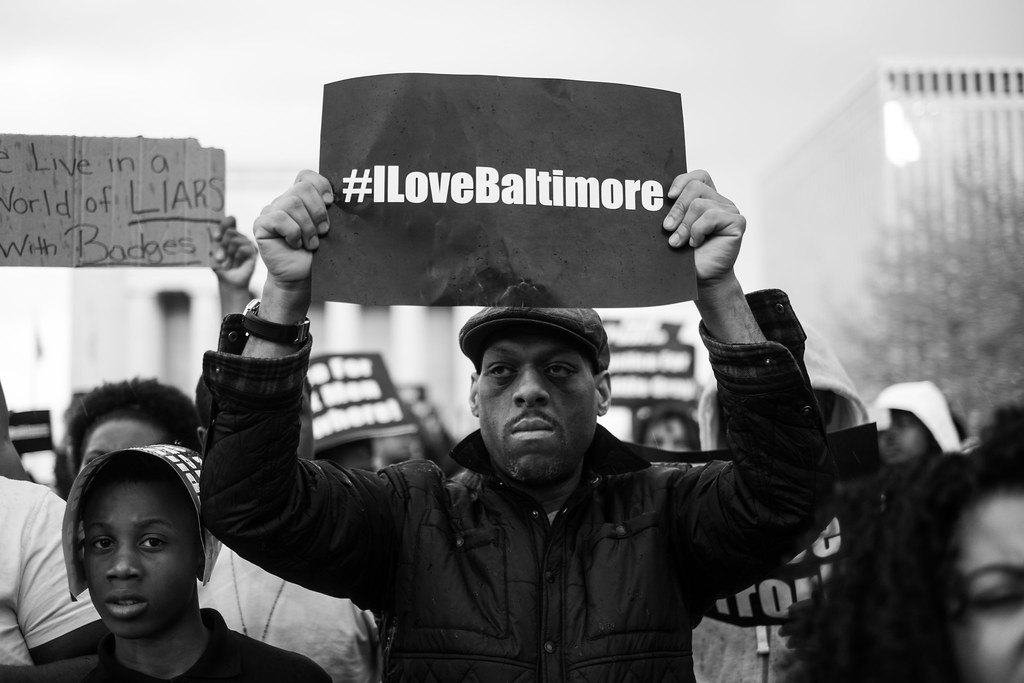 In the end, Devin hopes his images can contribute to the cause of civil rights. While he is saddened by the heartbreaking similarities between his photos and those from the civil rights movement of the 1960s, he still finds ample reason for optimism.

“We have social media now that allows the unheard to be heard, and I was one of those people that was once unheard. But they hear me now.”

Visit Devin’s Photostream to see more of his work.