There’s something hypnotic and compelling to Dutch amateur photographer Rob van Driel’s portraits of bicycles arranged in scenes around the world, a longing to travel with him by bicycle to the locations he photographs. Ironically for the photographer, taking pictures of bikes is a relatively recent obsession.

It was the day van Driel (cycledefrance) discovered Flickr and its great community of classic bikes enthusiasts that he picked up the camera and joined in the fun. “I’m an amateur photographer making nice pictures of the places I see; it’s what a proper tourist does, in my mind.” 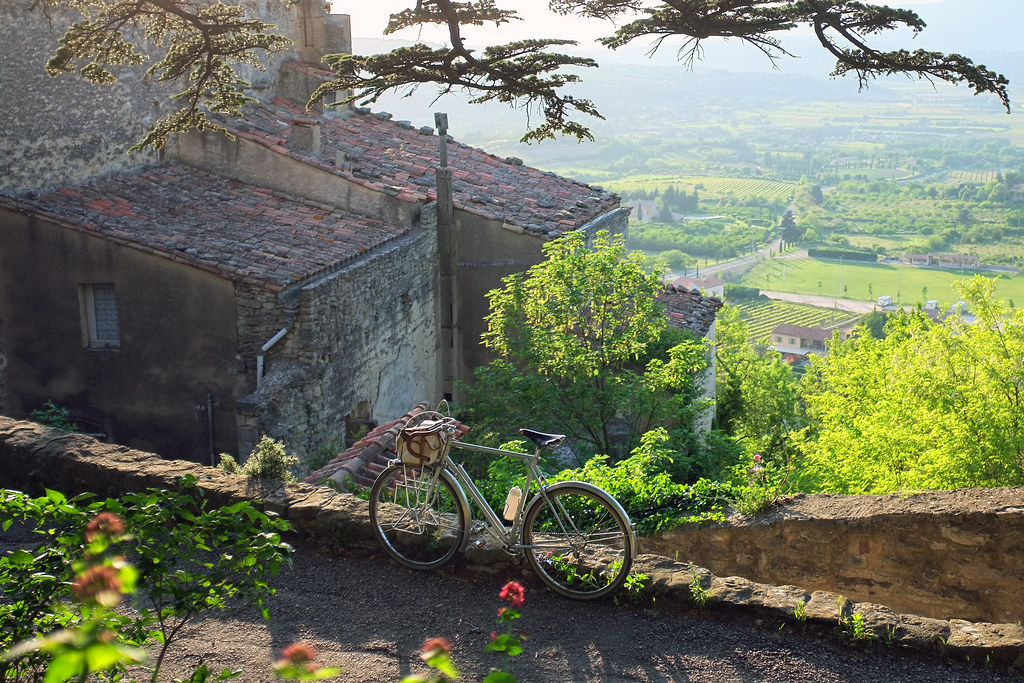 Rob takes photos of classic bikes in beautiful landscapes, an interest that he shares with many other people in this community. He says bikes are a “whole genre” within Flickr. His favorites are French touring bicycles from the 1930s to 1980s. 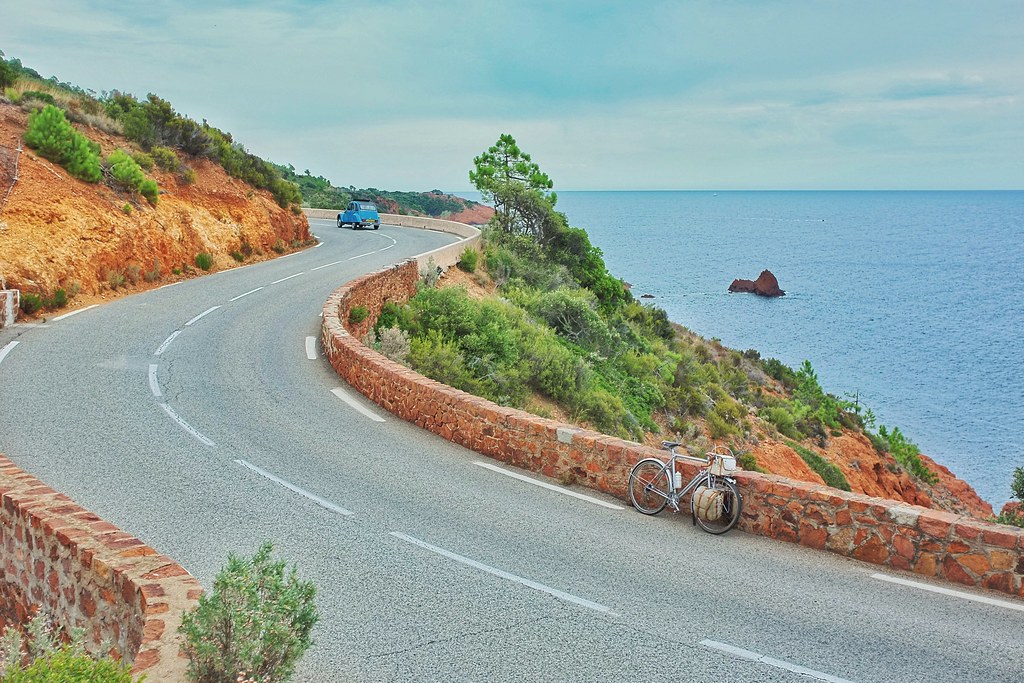 Rob says bikes are a great excuse to meet people, and that’s precisely how he got to know the owner of one of the bikes in the picture below. During the last part of his bike trip to Paris, Rob saw a woman riding a beautiful touring bicycle custom-made for her. “We talked about bikes and life in general over beers, then she bought groceries for a late dinner in her chic apartment and I ended up with a private room for the night instead of going camping again.” 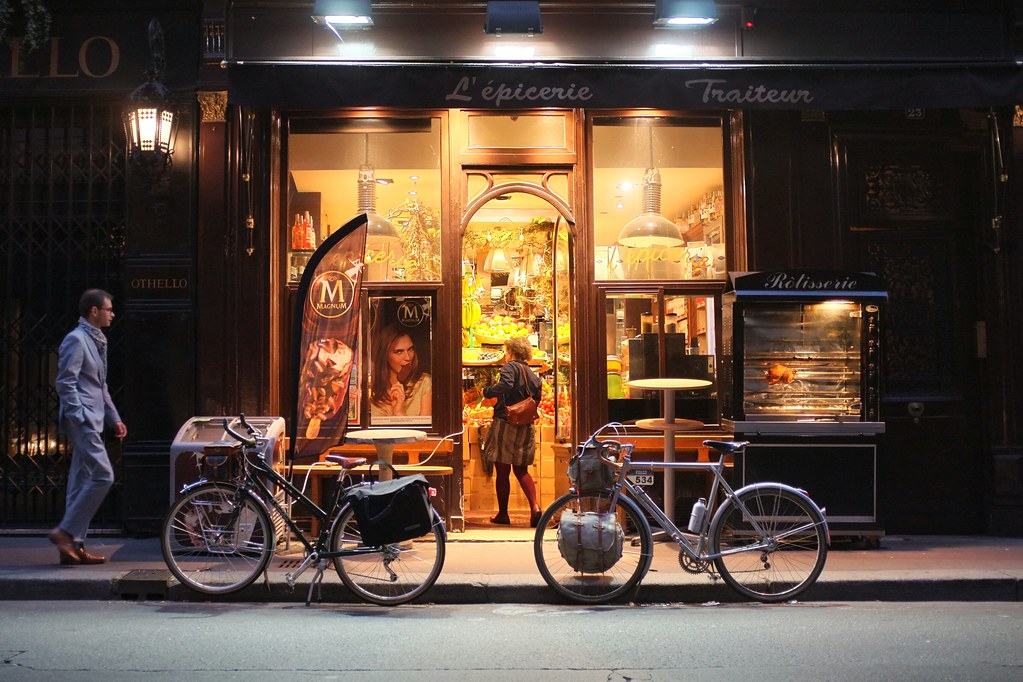 The second bike belonged to the daughter of French former cycle-tourist and journalist André Rabault. “I acquired it after a lengthy correspondence with his grandson, who sent me photos of his grandparents touring, and articles from the legendary magazine Le Cycliste, which was published by Rabault.” 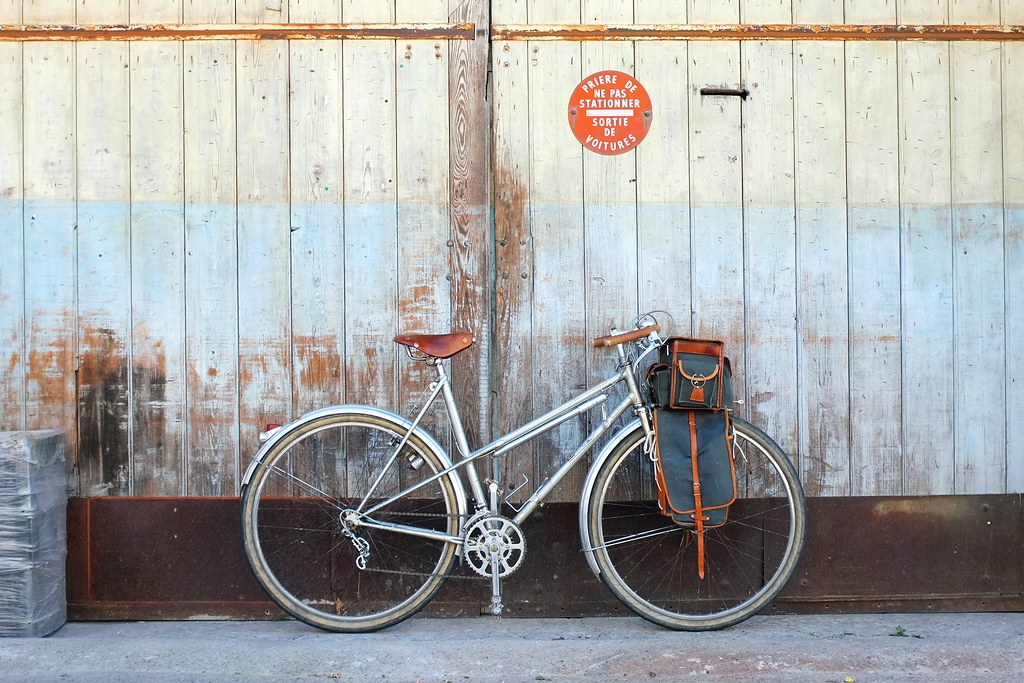 Rob has also met a lot of bike enthusiasts on Flickr. Peter Weigle, a modern day constructeur and the organizer of French Fender Day is one of them. “I’ve been wanting to go there [French Fender Day] but instead I’ve been enjoying the many photos of the event on Flickr,” Rob said. 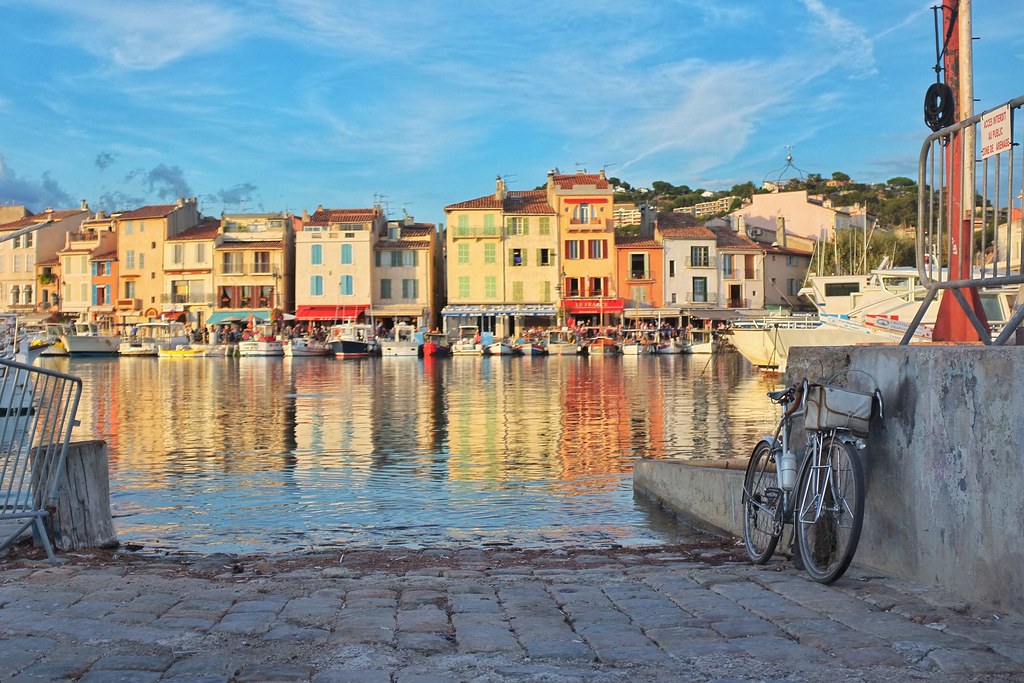 San Francisco native and Flickr user Vélocia is another good friend of Rob’s. They both met during Vélocia’s trip to the Netherlands on her French-inspired randonneuse. “She really puts these bikes to their intended use, touring in many parts of the world. And she shoots lots of great photos.” 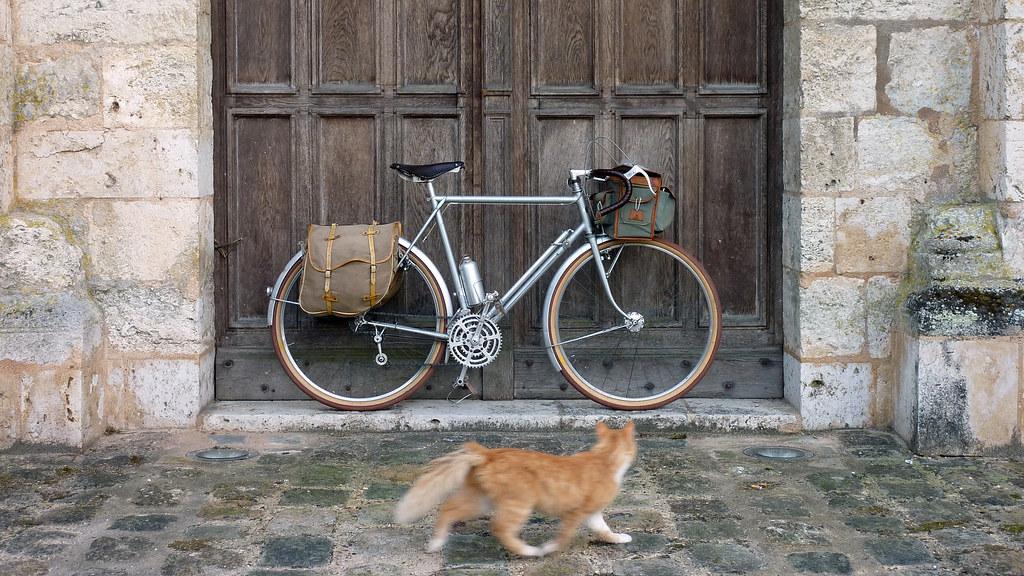 For Rob, bikes are a hobby, but he credits them with spurring him to pick up photography and revisit the archives to discover more about the bicycles he collects, their builders, and their culture. Bikes also got him interested in the technical aspects of photography: light, angle and composition. “After riding through beautiful landscapes and places shooting photos, at the end of the day I look at them as graphic images rather than recorded memories.”

Be sure to visit Rob’s (cycledefrance) Flickr photostream for more classic bikes and beautiful landscapes and if you are interested in bike photography, don’t forget to check out Rob’s Cast Cycling Models and Cattle Checking out Bikes Flickr groups.

The theme for Flickr Friday last week was #Walking. Check out our selection here.