London-based photographic artist Katie Eleanor loves her imagination. An introverted child, she began cultivating imaginary friends and dream worlds at a young age, and rather than discarding these dreamscapes in her teen years, she took up photography as a way of bringing them to life. When she found herself facing mental illness in her early 20s, she drew from the well of inspiration in her work to find healing.

Katie describes her body of work as deriving from the same imaginary world, populated by characters she has grown to love. But it’s the ethereal and haunting style of her images that first captures viewers’ attention. “My photos are like short visual stories,” she tells The Weekly Flickr. “I always begin by writing an actual story, and then I craft images to tell that story.” 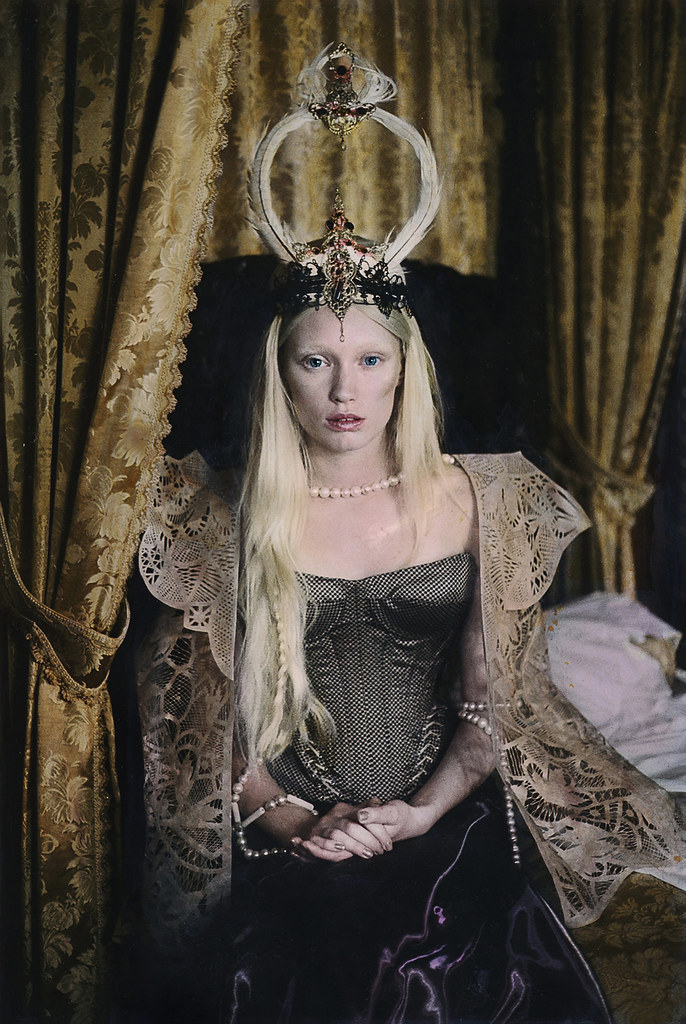 “I’m heavily influenced by the aesthetic and feel of late 19th-century photography,” Katie explains. She draws inspiration from the early Pictorialist movement, which comprised the earliest efforts to employ photography as an artistic, rather than strictly scientific medium. She shoots strictly film, develops it into black and white prints, and then colorizes them by physically painting them by hand. The final, artificially colored images evoke a look from a century ago, and the painting process gives her an additional layer of artistic expression in the process. 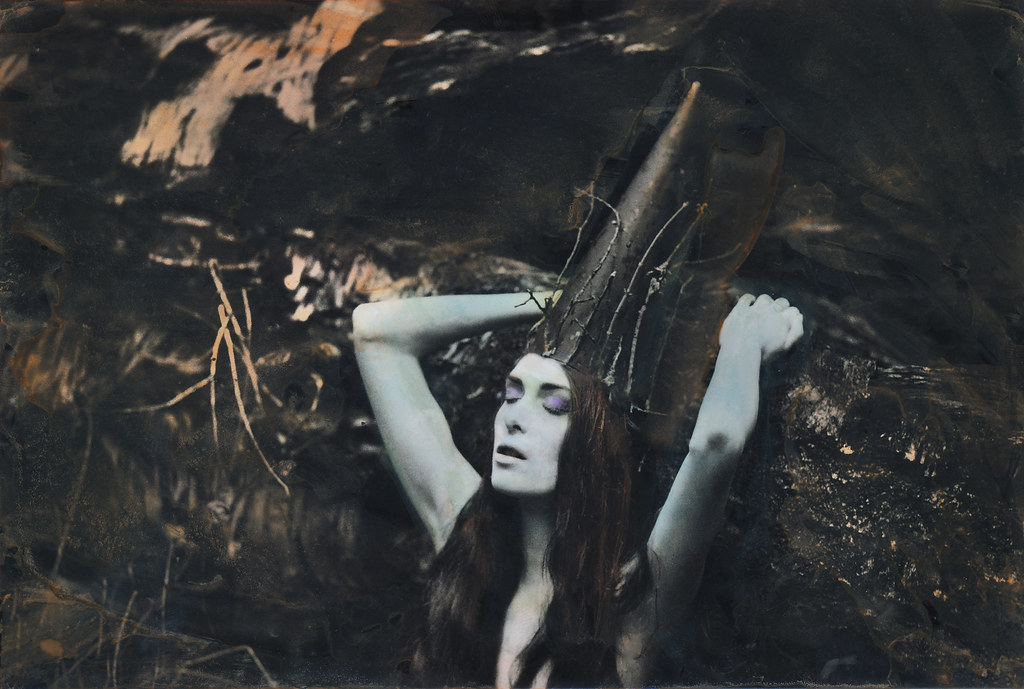 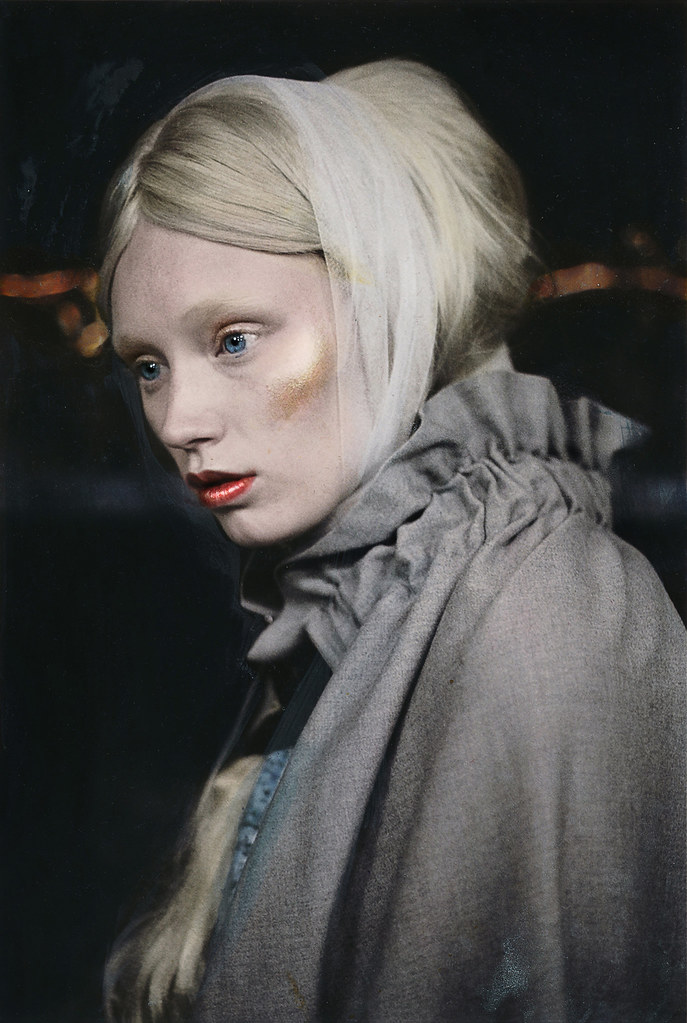 A year ago, Katie was diagnosed with borderline personality disorder, a common mental illness. The diagnosis left her disoriented, scared, and angry. In the midst of her confusion, she turned to her imagination in search of hope, and emerged with the idea for her latest series, titled Saint Wanderer’s Hospital.

“Saint Wanderer’s Hospital is about a fictional hospital where otherworldly creatures come for healing,” she says of the project, which includes eight portraits and a short film, which took a year to complete. “Even though it is not a real place, creating Saint Wanderer’s Hospital was a form of art therapy for me, and it was incredibly healing for me.” 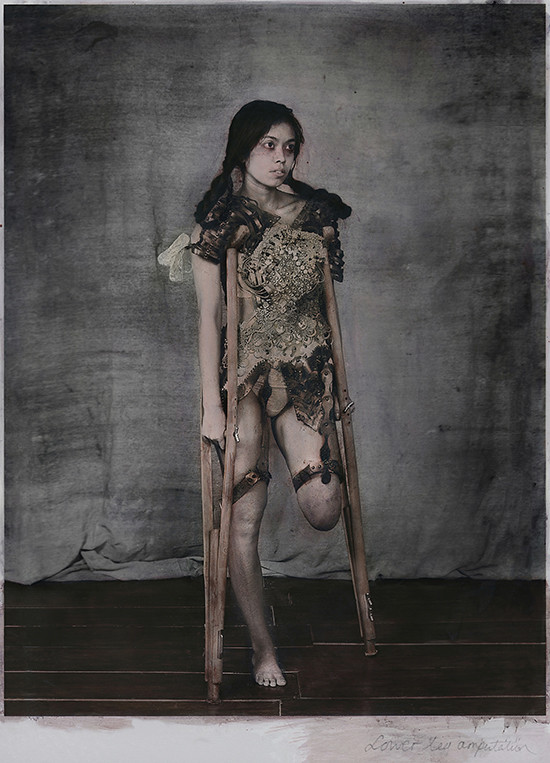 Throwing herself into the process of creating the series not only provided Katie much needed focus in her recovery process, but left her hopeful for others who face chronic physical or mental illnesses.

Her advice is simple. “I think motivation and drive are very important. You need to find a reason to want to recover.” For her, that meant giving life to her imagination and stories through photography, but whatever it might be for someone else, she believes in the power of motivation. “If you have [a reason], I believe that you will come out on the other side, and you come out OK.” 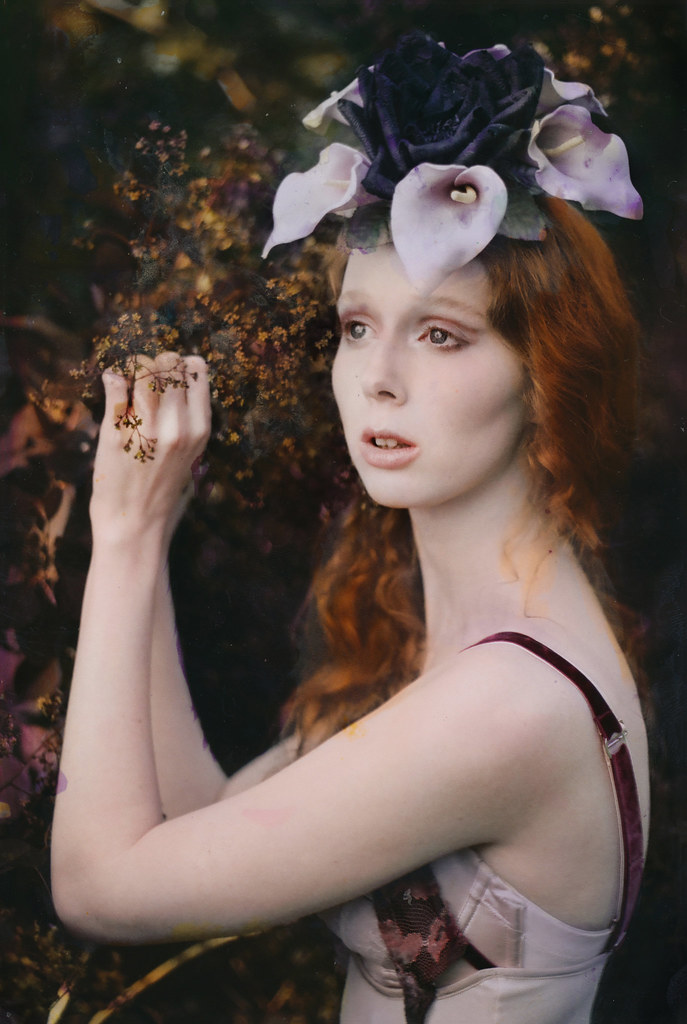 The theme for this week’s Flickr Friday is The Times Are Changing.