For seven years, Emily Ibarra has traveled the world, photographing the death-defying adventures of professional parkour and freerunning athletes. Captured at sites ranging from the Grand Canyon to the Far East, her photos reveal their fearless exploits as they scale skyscrapers, fly across rooftops, and banish fear in precarious poses. She loves her job. “It’s exciting. It’s terrifying, and it’s dangerous, and I get to capture that,” she gushes.

Emily describes parkour as using one’s body to get from point A to point B as quickly as possible. Freerunning is similar, but adds obstacles – such as buildings, fences, trees, or heights – and focuses more on personal style or expression. While not a freerunner herself, Emily’s work requires an equally exacting and precise set of skills, because many of the stunts her subjects pull off can only happen once, and her sense of timing and composition have to be exact.

While they usually have to sneak into their locations, Emily and the athletes have a firm policy of not breaking and entering or violating other laws, and of respecting law enforcement personnel. “We know that we’re not supposed to go up the fire escape or pull down the hatch to get to the roof. But if it’s unlocked, then it’s open — it’s accessible. We’re not breaking and entering,” she explains. Although police or security officers often do interrupt shoots, they are usually surprisingly understanding, and arrests or citations are rare. “I haven’t been arrested, but there is a hotel in Germany that I am not allowed to go back to,” she laughs. 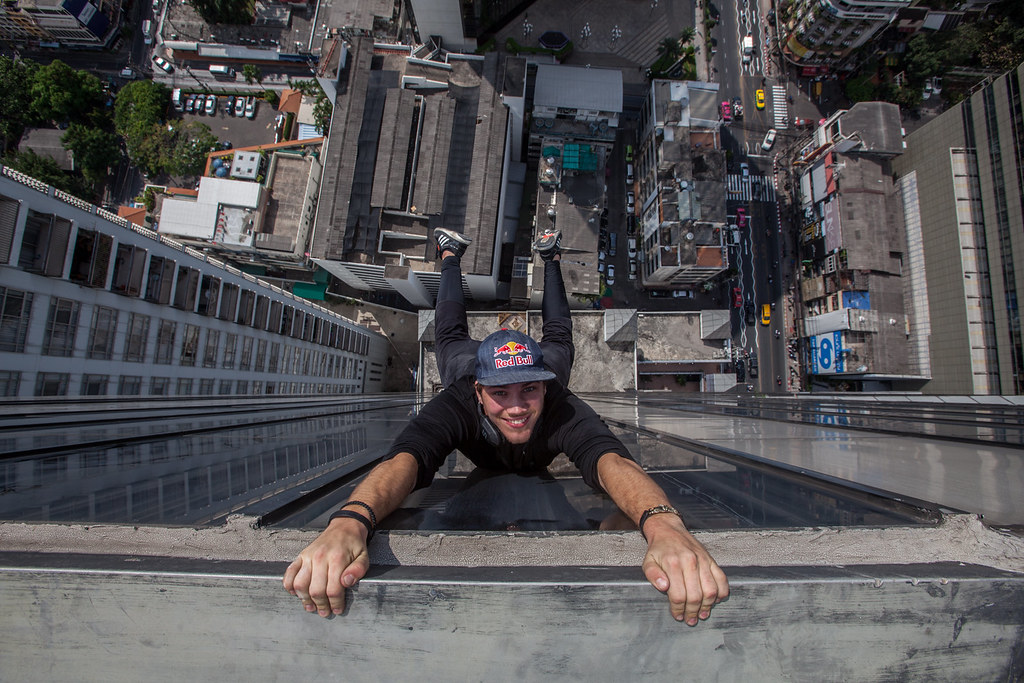 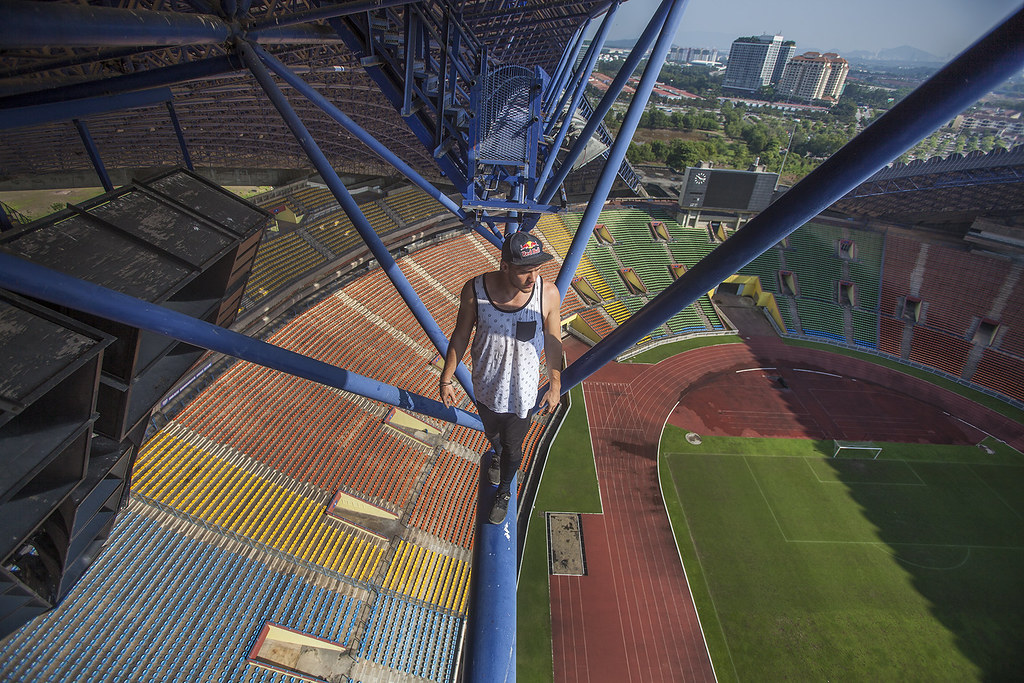 One of Emily’s most breathtaking photos is of her boyfriend, professional freerunner, Jason Paul, as he hangs from a ledge, dozens of stories above the streets of Bangkok, Thailand. “A lot of people ask if it’s fake. It looks so insane, and it’s 100 percent real. There’s no wires. There’s no tricks,” she says.

When asked about her fears for her boyfriend’s safety, as he dangled by his fingertips, Emily is nonchalant. “I was obviously very nervous and scared for him. But you know, we are on the same page as far as we want to show this sport. We want to get the shot that really explains what our lives are like, and it wouldn’t be as much fun without a little bit of risk,” she says. 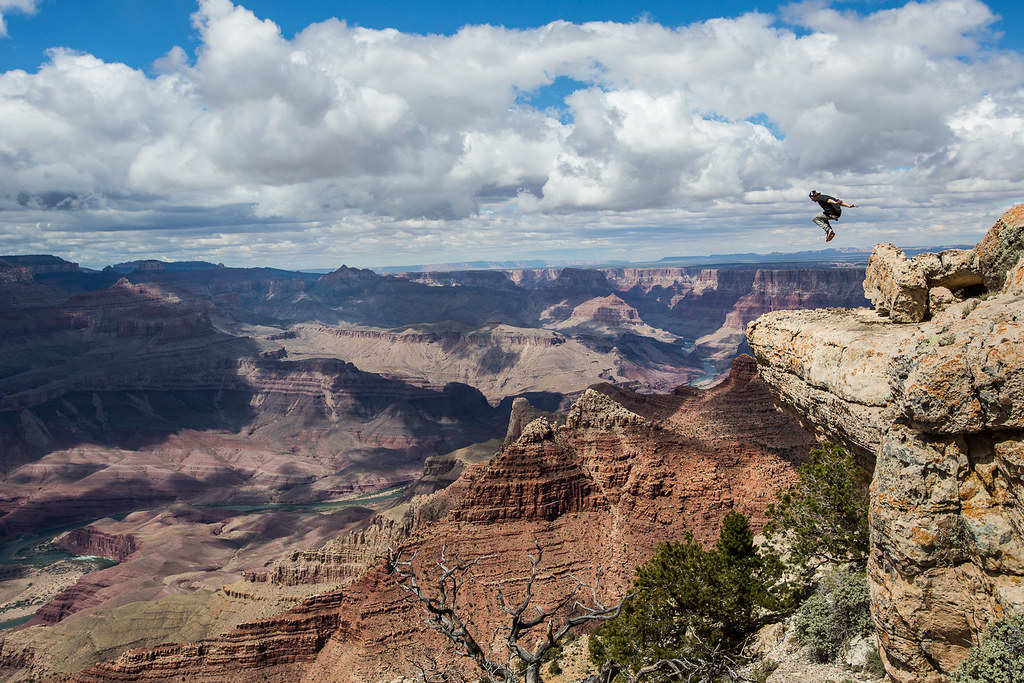 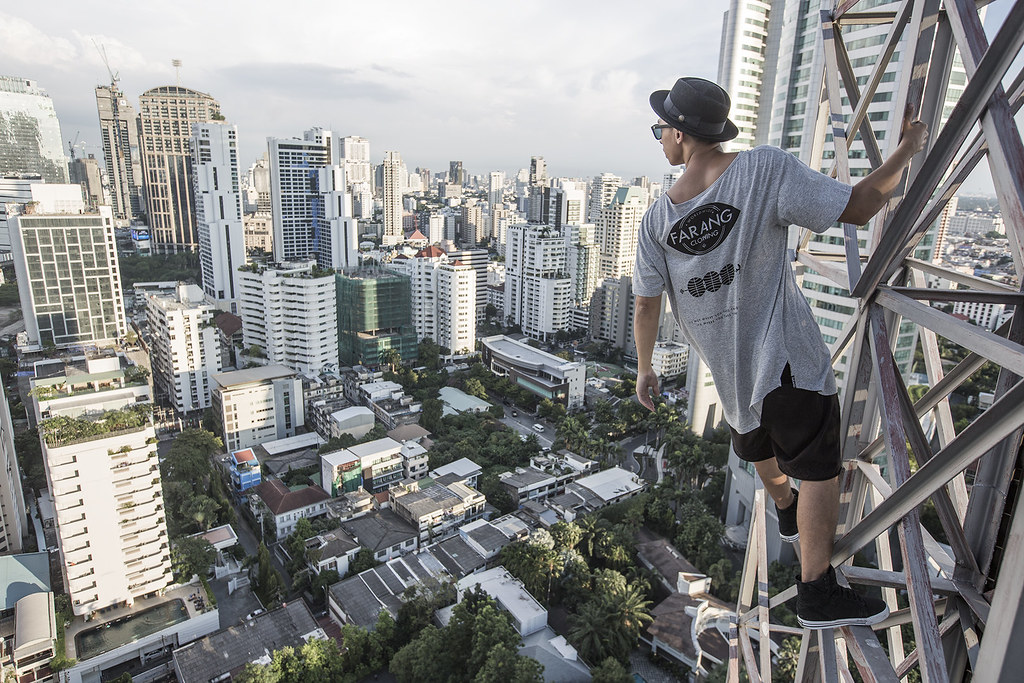 Although Emily’s photos may give some of her viewers vertigo, she isn’t after shock value, but rather inspiration. Capturing once-in-a-lifetime images on a regular basis has not only been a dream come true for Emily but has also taught her to value every moment of life. “Freerunning has forced me to look at life in a different way, because you can’t say, ‘Oh, I’ll do that later,’ or ‘I’ll do that next time,’” she explains. “You may never have that experience in your lifetime again. You have to do it right now. You have to get the shot — now.”

Visit Emily’s Photostream to see more of her work.