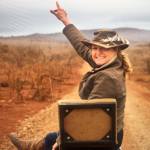 Nature enthusiast Hennie van Heerden is changing the game (and hunting it!) with her remarkable wildlife photography. Holland-based Hennie joined Flickr in 2006. The tight-knit community and lengthy constructive comments inspired a more profound need for photography. The next four years were spent working on her photography and honing her skill set on her time off from work.

In 2010, she quit her job of thirteen years as assistant to the CFO of an international holding company and decided to do what truly made her happy. Now she travels the world with her fellow photographers each taking turns picking the next country. Jealous yet? 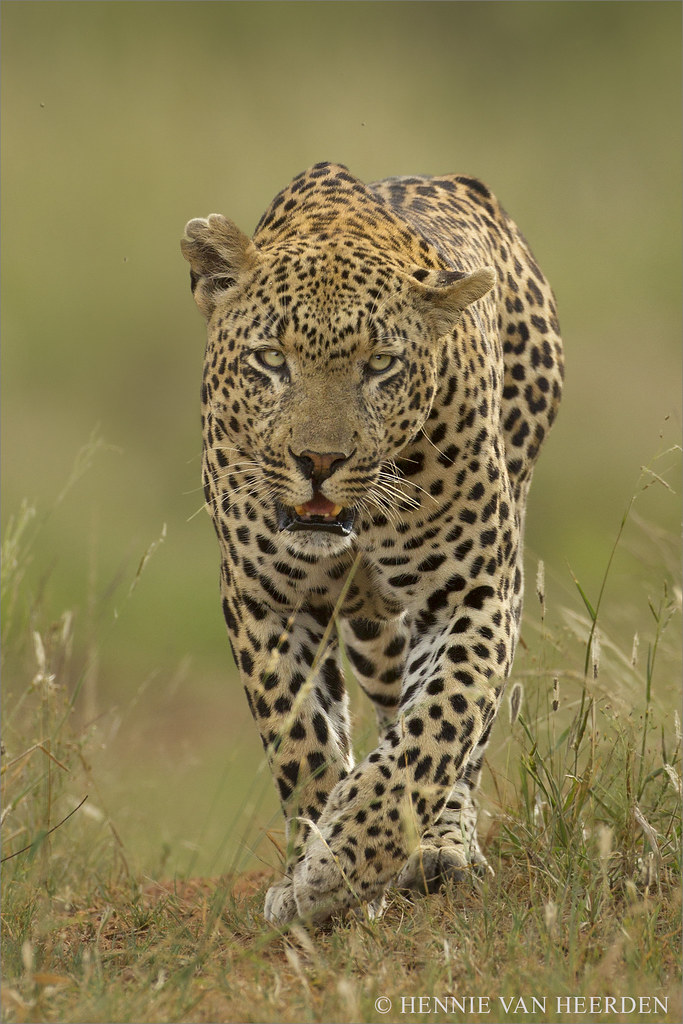 Don’t be! Hennie lives on the wild side many of us wouldn’t be able to cope with. She makes frequent trips to Africa where she often makes the acquaintance of her favorite animal—the leopard. The picture above encompasses her belief in “the more eye-level photography, the better”.

When on the African reserves with a guide, she always asks to keep her distance from the animals because the telephoto lens will create an eye-level effect with a blurry background, and with more distance comes more ease from the animals. Animals are often stressed when visitors drive too close, which makes for unnatural pictures. 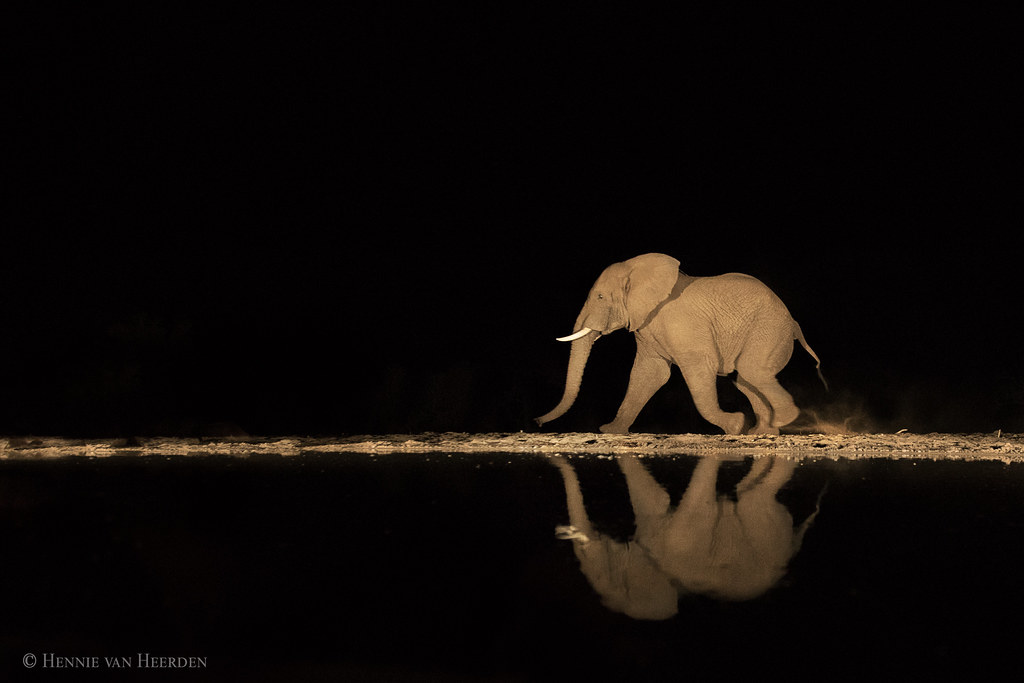 Another helpful tip when composing night photography isn’t what you would expect. Most people who are technically trained would try to keep the noise out of the photo by keeping the ISO as low as possible while still maintaining a high shutter speed. In reality, you should do the opposite! Turn that ISO up and don’t be afraid of the grain because it will mostly show up in the darker spots of the image.

The above photo of the elephant was taken at an ISO of 3200 with a 1DX which typically performs fabulously with a high ISO setting. The photo below was taken at 5000 ISO. 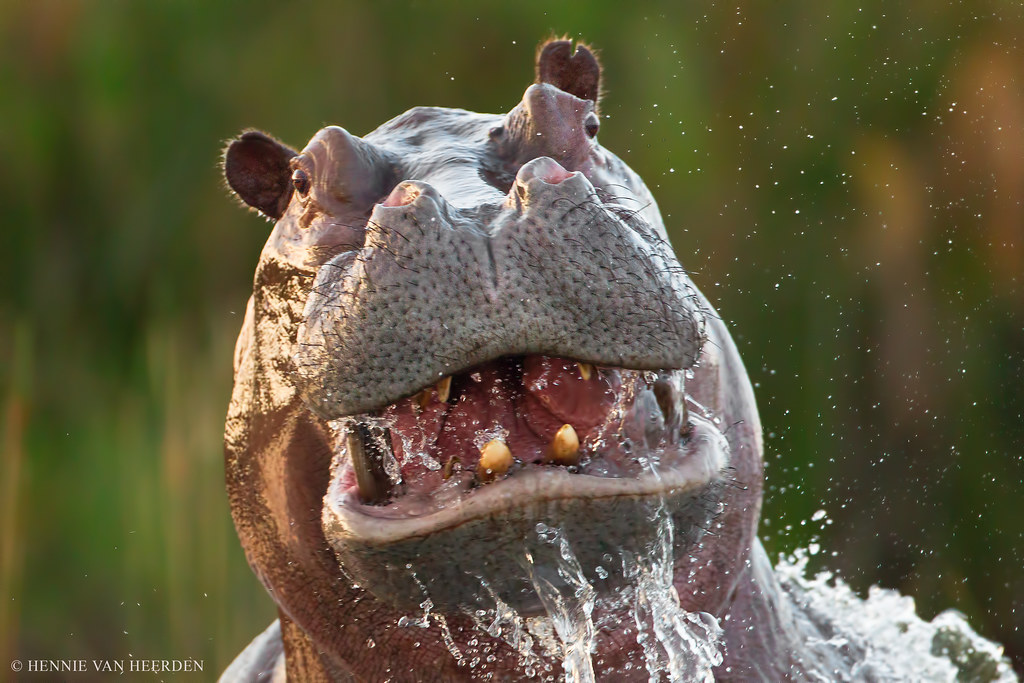 Hippos are responsible for more human fatalities in Africa than any other animal, but this never stopped Hennie from getting the good shots, as she was raised on a farmhouse with cows, chickens, pigs, and other animals. This was the pre-PlayStation age, when the minds of children still craved adventure and thrill. It’s this beginning that inspired Hennie’s love for nature photography.

She and her husband have been building their own reserve for the past 25 years by buying adjoining meadows and turning them back into nature. “We do everything ourselves. We’ve planted over 15,000 trees by hand, dug seven ponds, sow in four hectares of seed-bearing flowers every year, have twelve beehives, planted countless fruit-bearing shrubs and trees. And of course there’s the normal maintenance of that property: mowing, cutting, cleaning, cleaning ponds of reeds… When we think of how we design the landscape, photography is never far from my mind. It’s equally rewarding sitting on the terrace at sundown with a nice glass of red wine, enjoying the newborn roe deer calfs frolicking.”

The photo below was taken in South Africa, one of Hennie’s favorite countries. After traveling to Africa over twenty times, she has come to particularly appreciate a private game reserve called Mala Mala, a popular place to see the leopard. Hennie elaborates on an encounter that got too close for comfort with a lion: 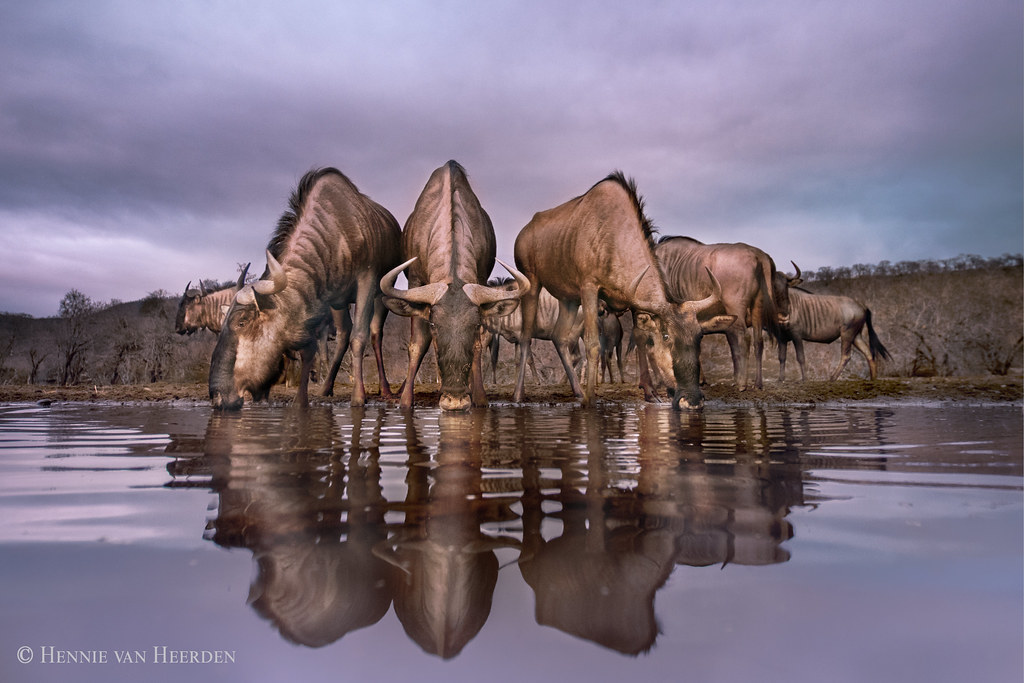 “Ranger Dean and I decided to go out at midday —when all the sensible guests take a nap— and drove towards a deep dry riverbed when all of a sudden one of the Stix lionesses came down into the riverbed. We were in a Landrover; no windows, no roof, and no door on the ranger’s side. She came down towards us, and we were more or less stuck; couldn’t go backwards because of the loose sand and the very steep descent into the riverbed and couldn’t go forward because there she was. To make matters a bit more exciting she appeared to be in heat, a fact that hadn’t gone unnoticed to one of the most notorious male lions I’ve ever known: Mohawk.

When the lioness started coming towards us, he suddenly appeared behind her. Just before she reached us she went to the side of the car to drink from a puddle. The male walked up to her and was clearly annoyed finding us in his path and growled at us. As we couldn’t drive off the ranger warned me from under his breath to sit very still and be absolutely quiet. Mohawk walked up to the car, even stuck his giant head in the car and sniffed the ranger’s shoes. He stood and stared with those angry yellow eyes. All the while I don’t think I even breathed…

I was only trying to figure out where the safety pin was on the rifle that was mounted on the hood of the car, just in case the ranger would be dragged out of the car. Finally, after what seemed like an eternity, the lioness took off with Mohawk in her trail. When they were gone, we drove off, and we both rambled like headless chickens all the way back to camp. And I had forgotten to take pictures!” 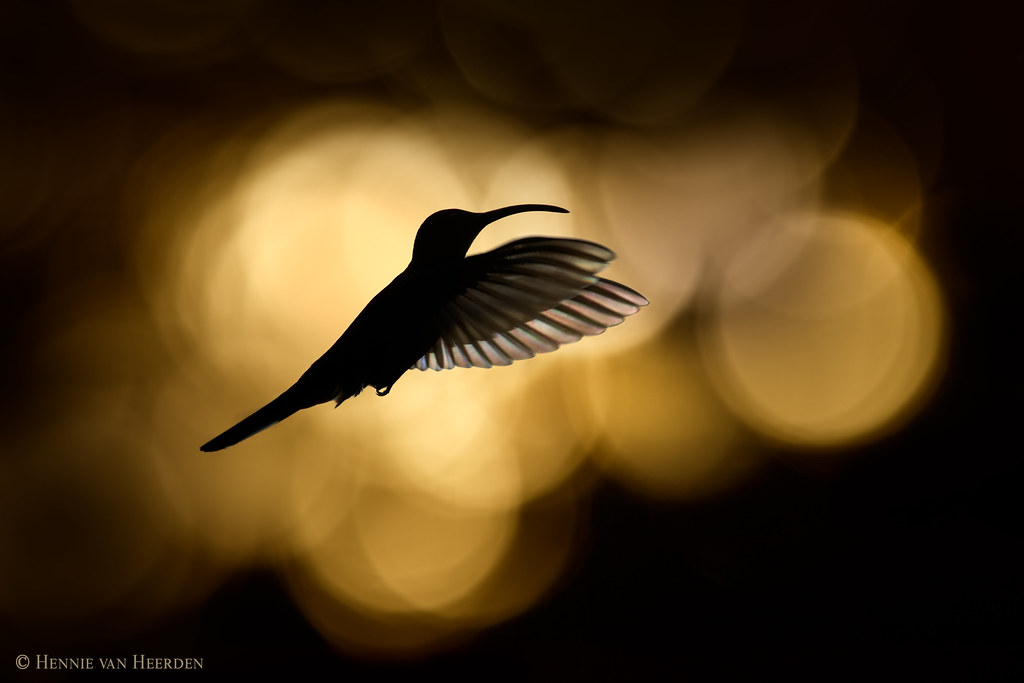 Her trip last year was to photograph hummingbirds in Costa Rica, which sounds much better than having your Landrover highjacked by lions! It was the posting of photos on Flickr from these marvelous trips that caught the attention of Canon Japan. Hennie received an email asking if she’d like to be featured in the next Canon corporate branding commercial highlighting the release of the new Canon EOS 1D Mark IV. Her thoughts? “I didn’t believe a word and thought it was spam.”

After receiving an incredibly detailed script and a legitimate business class ticket to Japan, she realized that this was far from a con. After two trips, three weeks in Japan, and accompaniment with two Eurasian Eagle Owls on a volcanic island south of Tokyo, the commercial was complete. And it’s been aired for a year and a half on Japanese television! Canon Japan approached nine other pro-photographers, but someone in the department knew Hennie’s Flickr site, and after presenting it to Canon’s CEO, she was chosen. 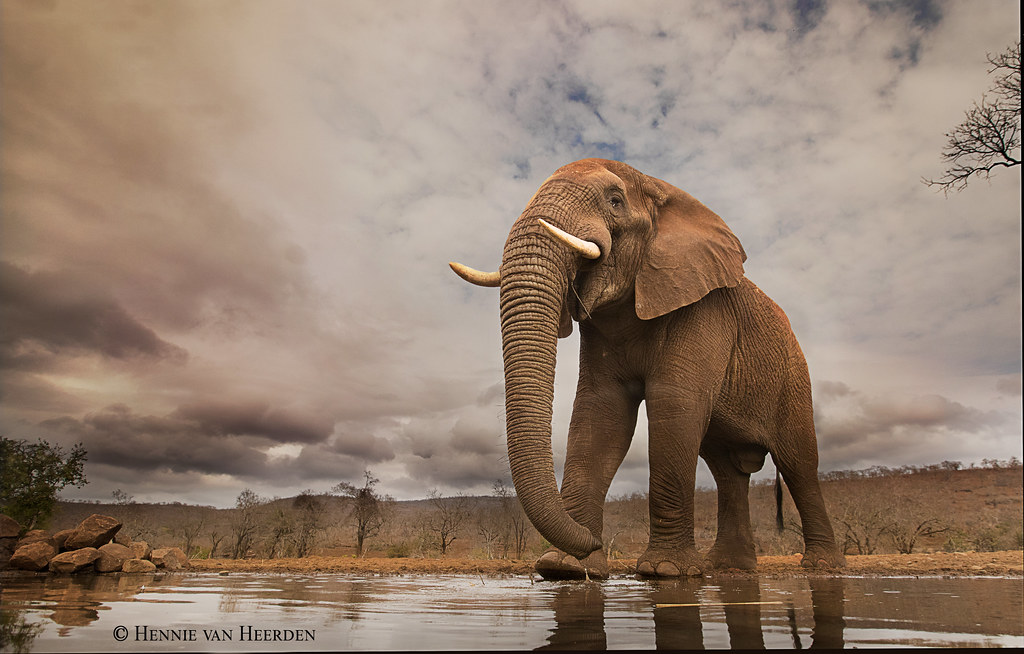 After such an experience, Hennie realized office work wasn’t for her. She’s now the chairwoman of one of Holland’s largest nature photography associations which annually hosts the biggest Photo Festival in Belgium/Holland. Hennie also hosts private workshops in South Africa upon request so next time you’re in the area, make sure to look her up!