There was a time when it was common practice to believe in stereotypes like how women belonged in the kitchen, men should be strong and upstanding, sports were for men, and butterflies were for women. Fortunately, times have changed.

Meet mechanical engineer Markus Becker from Swabian Alb, southwest of Germany, who may be one the best butterfly photographers you’ve encountered on Flickr. Spending approximately four hours shooting and three hours of editing per week, Markus dedicates all the extra time he can to this hobby that’s taking over. 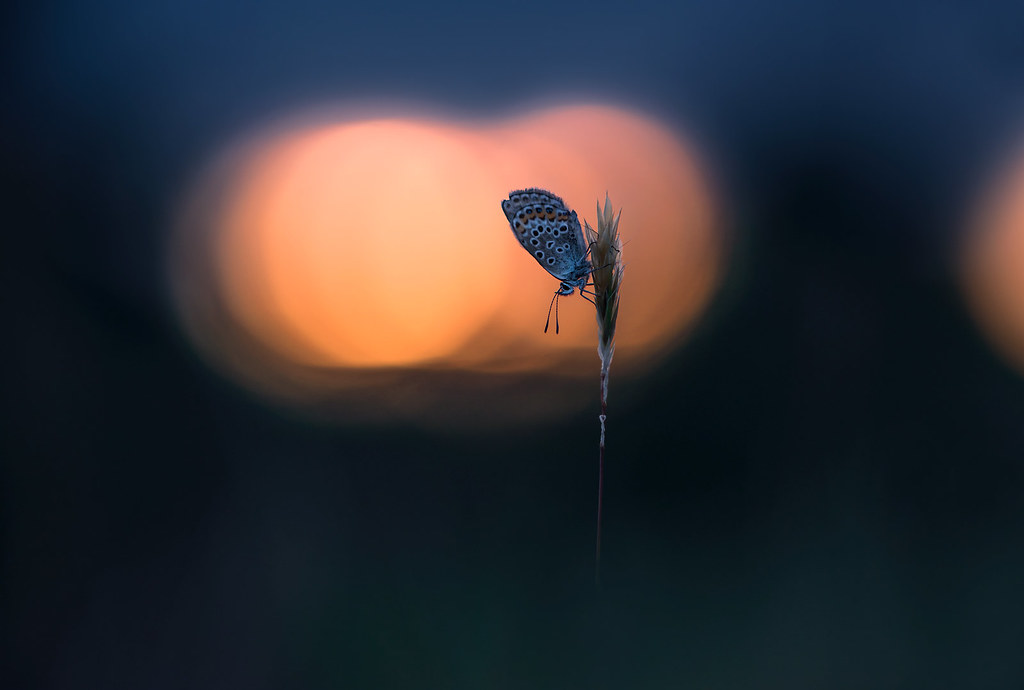 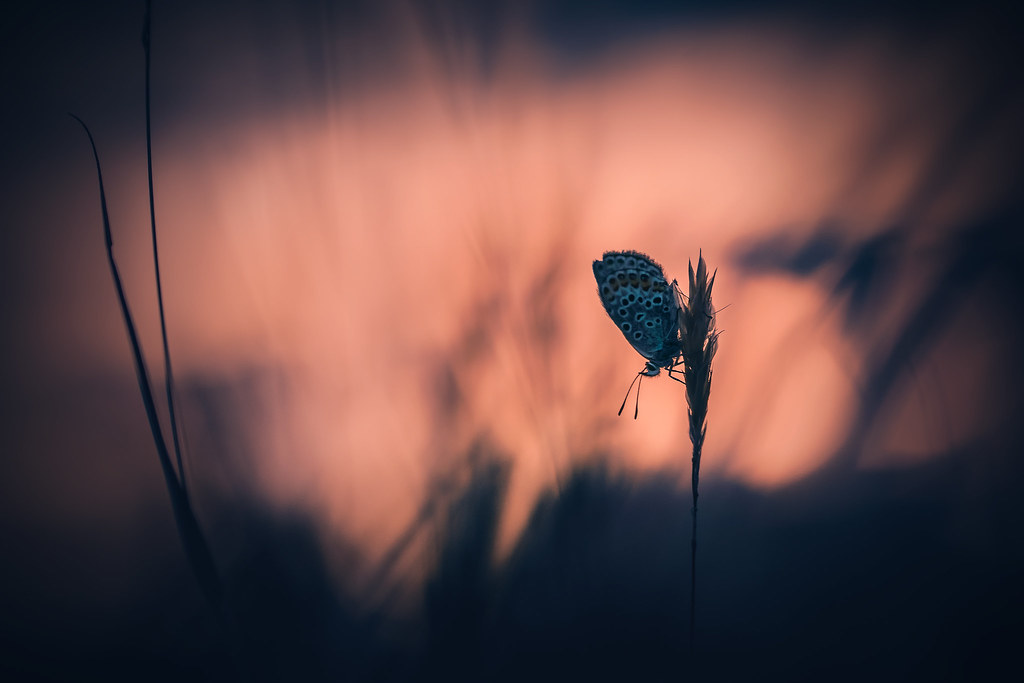 Every one of Markus’ photographs is shot without a tripod and with natural ambient light, usually low light, which makes each image incredibly unique and difficult to get.

He describes his efforts in capturing the photo below by saying: “I like the structures and the deep blue colors in the bokeh. I shot this one in very late light on a cold day, about one hour after sunset and after a few hours of walking. The weather was so cloudy that I had only shot three photos that whole evening. As the clouds opened up for a few minutes, this light source in combination with the blue clouds created something like a moonlight scene.” 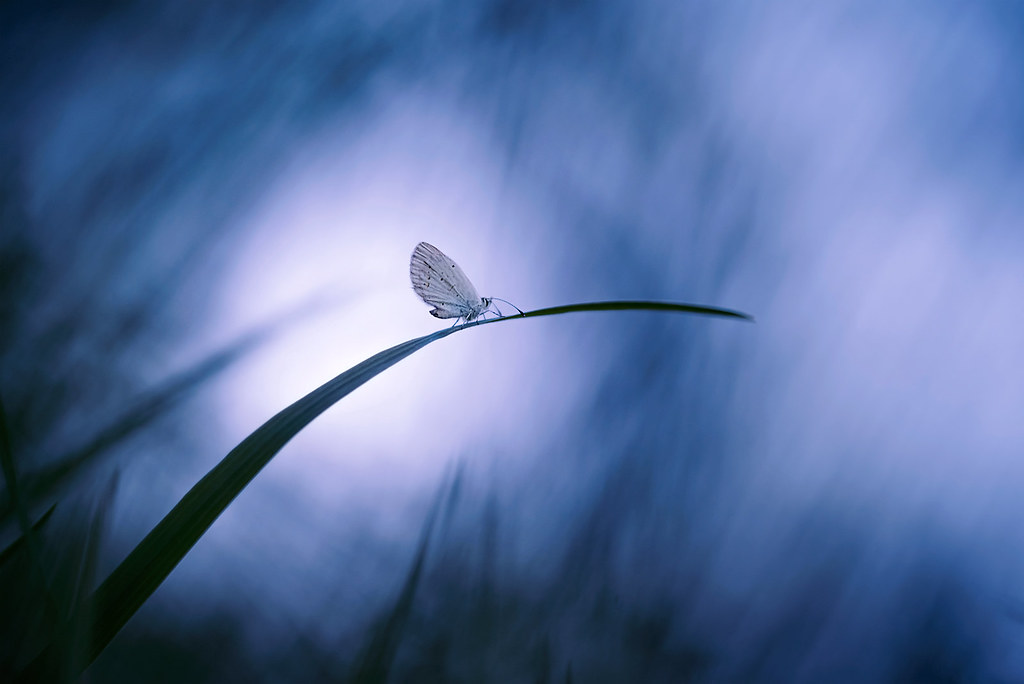 As an engineer, it was his curiosity for technology that led him to photography. The intricacies of the camera fascinated him enough to buy his very own digital camera, a Panasonic Lumix DMC-FZ28 and start experimenting with HDR, long exposure and portrait photography. The fact that he is self-taught has made this hobby an ongoing learning process which has only made it more interesting for Markus. 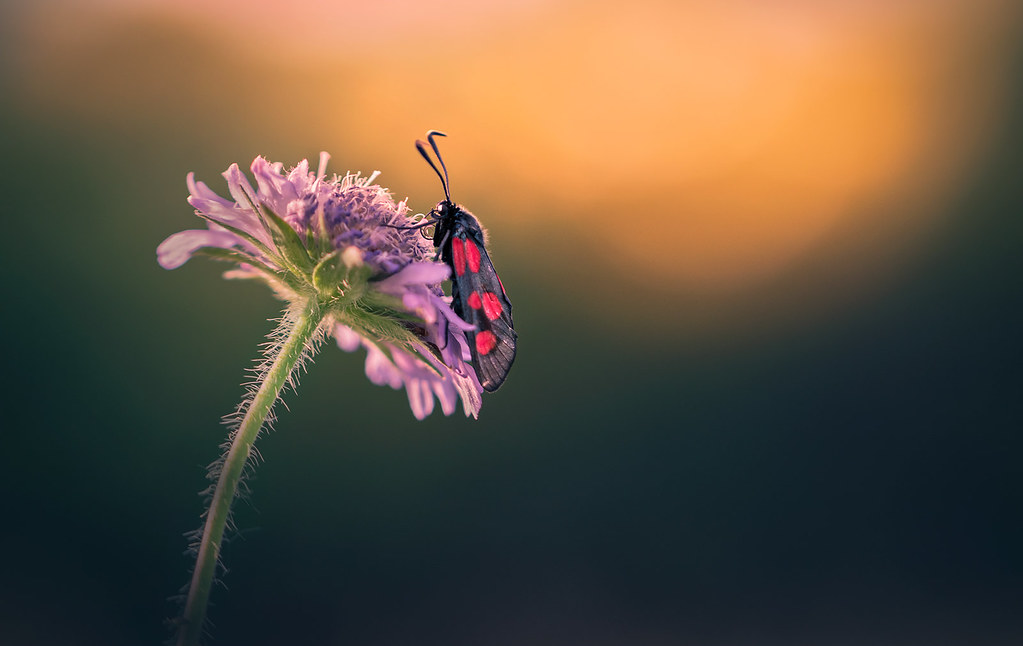 He only shoots in three locations, all within a 45-minute drive from his home, and all outside of town and within the woods. Because of his passion for shooting, he has become familiar with many wild insects and the importance of environmental conservation. He has also familiarized himself with the list of currently threatened species because within the past few decades there has been an extreme decline in biodiversity. This loss has impacted him, as it is his primary focus for photography. “This motivates me to shoot more and better photos. My goal is to show the distinctiveness and beauty of our very vulnerable natural environment.”

His favorite butterfly is the endangered Parnassius Apollo. To him, it’s the most photogenic. “It symbolizes the critical development of butterflies: one hundred years ago about sixty populations of the Apollo were known in the state I’m living at (Baden- Württemberg). Today only one population is left. It’s threatened with extinction.” 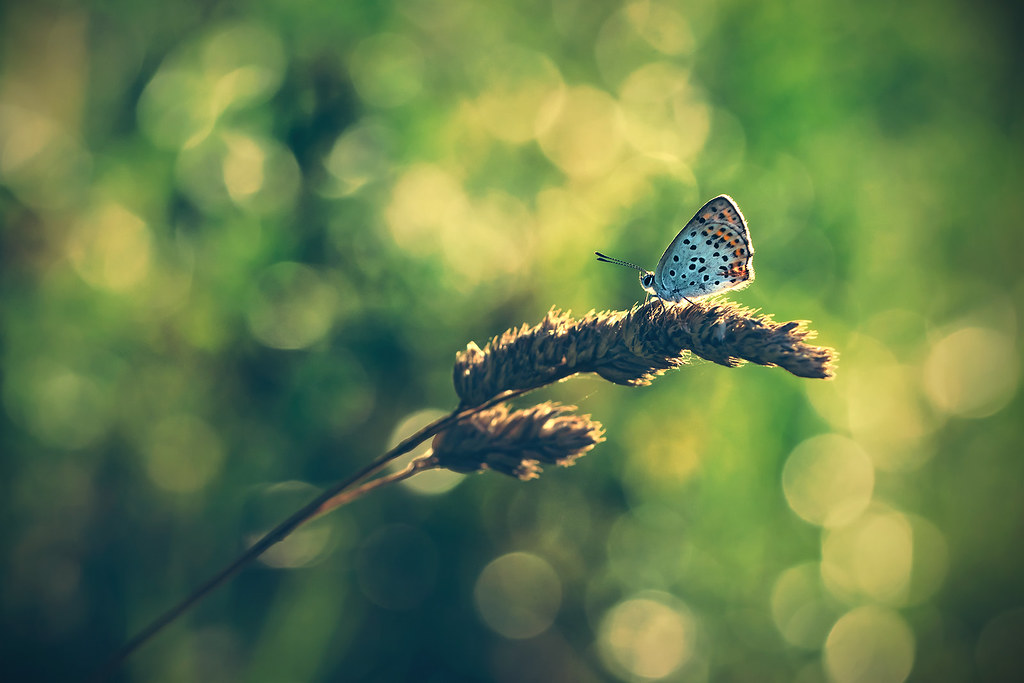 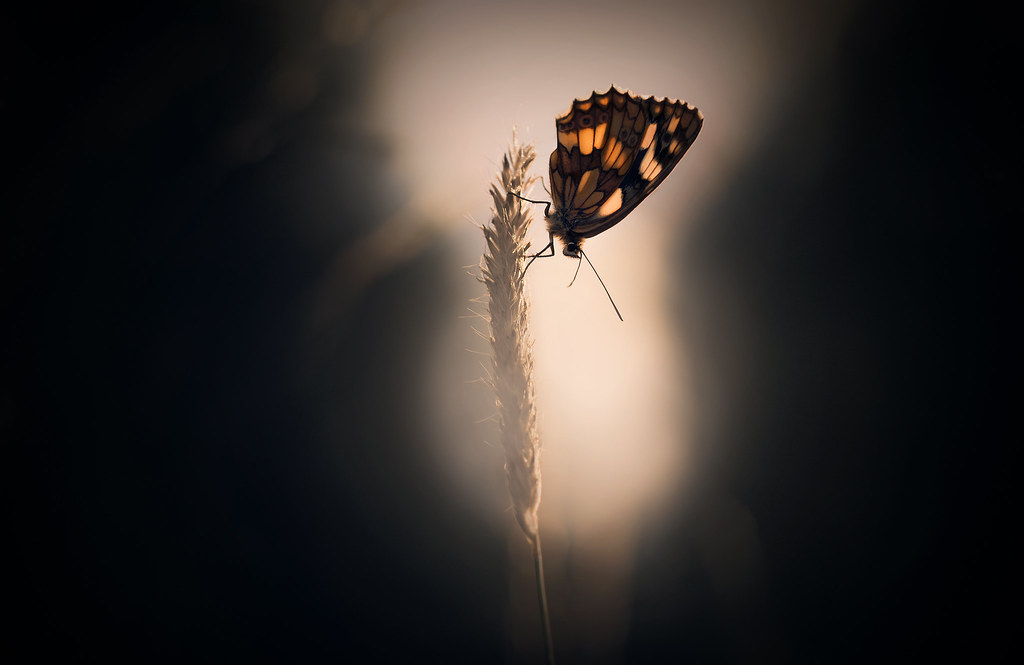 Markus says he uses macro lenses and shoots macro objects, but his photos don’t fall under the classic definition of macro photography. “I’m not only focusing on one single macro object. I try to depict a macro world. There is a lot of background in my photos, and during my shootings, I’m always on the lookout for the perfect bokeh.” He’s also actively involved in macro, nature and general photography Flickr groups, where he looks for inspiration and advice.

This week our two cover photos on our Flickr social media channels are: ‘Mono Lake, Yosemite’ by Oliverpan on Tumblr and Twitter & ‘…backstreets..’ by […]

We’re excited to welcome the Amadeo León Collection of Boconó Photographs to the Flickr Commons! They host a private collection of twentieth-century images of the people and communities of Boconó, a small city in the Venezuelan Andes.