Self-taught nature photographer David Frutos dwells in Murcia, Southeast Spain, and captures the incredible essence of the Mediterranean coast like a mystical dream.

David lives less than 75 kilometers from one of the best places he’s ever been—the Camarillas Swamp in Albacete, Spain. Many of the photos for which he won prestigious international awards have come from this particular location that he has managed to turn into a beautiful, magical spot. 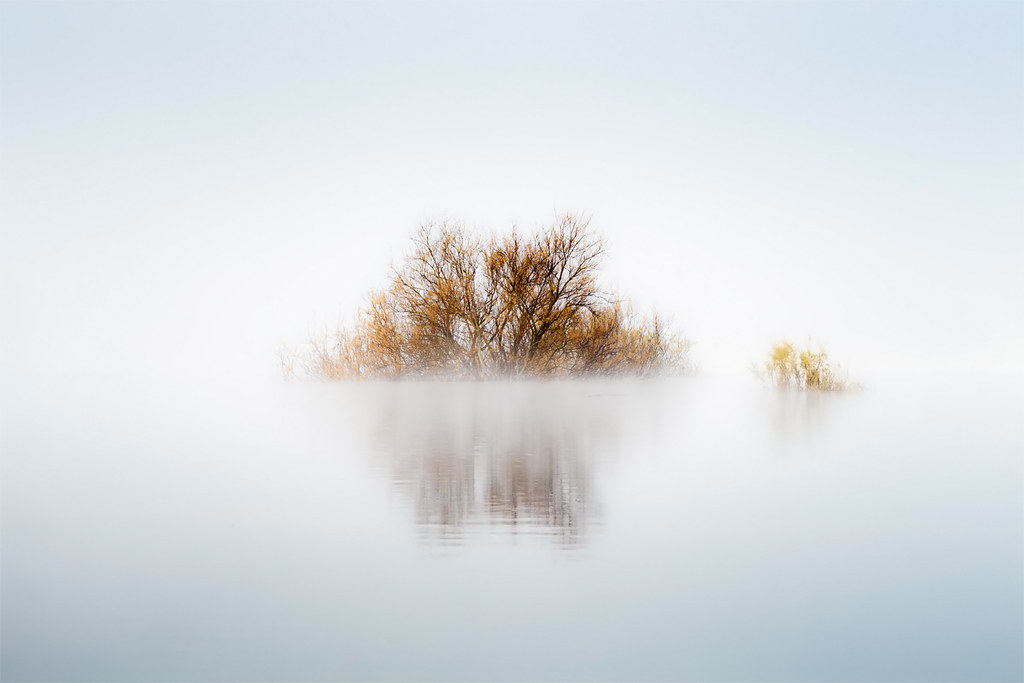 He remembers being very young when his interest in photography first piqued as a friend of the family also had a passion for the subject. David never actually pursued that passion until college, when he made his reels for black and white photographs and created a home studio. Up until that point, his only exposure to the camera was delving through as many photography books as possible, trying to expose himself to different types of images. Now as an accomplished photographer, David uses a Canon 5D Mark IV, and the vast majority of his photos are created with a wide-angle Canon 17-40mm.

By continuously photographing the environment around him, he has realized the importance of preservation. Maintaining his environmental surroundings for the generations to come has become incredibly important to him, and he hopes his photography helps spread this message, as the world may not always look as beautiful! 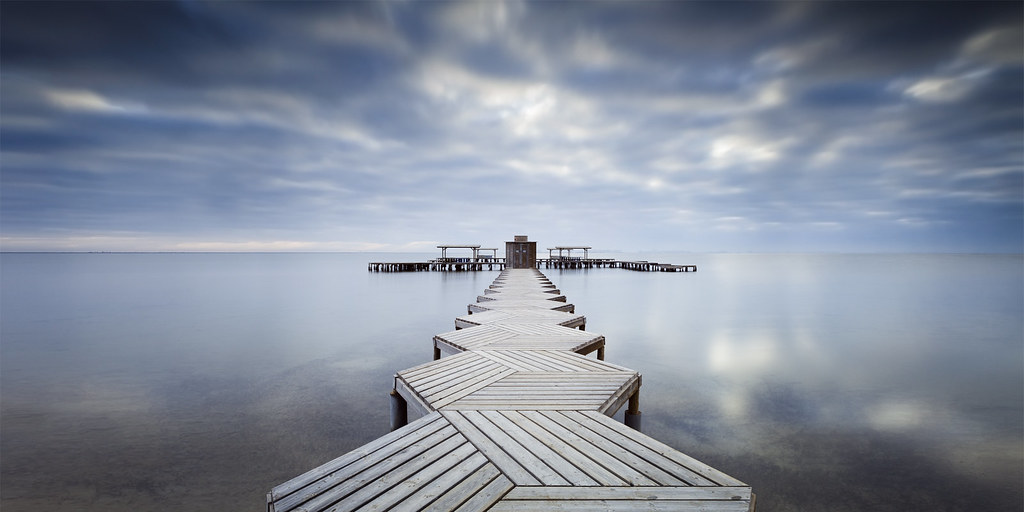 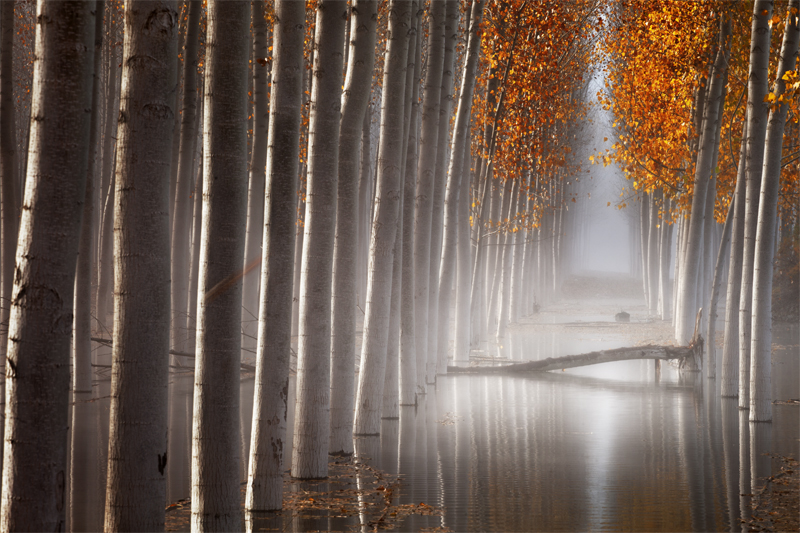 In the image above, one of David’s favorites, he describes the setting through the lens of an artist: “The most important thing is rhythm, a rhythm provided by the trees aligned and repeated towards a vanishing point that directs the gaze of the spectator to the protagonist of the scene, a fallen poplar that I have called The Fallen Idol.” It is the first in a series of five images.

The rest of the elements enter the pictorial movement with dyes of romanticism, the atmosphere in the form of fog, the rest of poplars dressed in beautiful colors of autumn as if they want to honor the death of their brother. Finally, we add the beautiful reflections in the water that reinforce the guidelines to direct the view towards the central element in the scene. 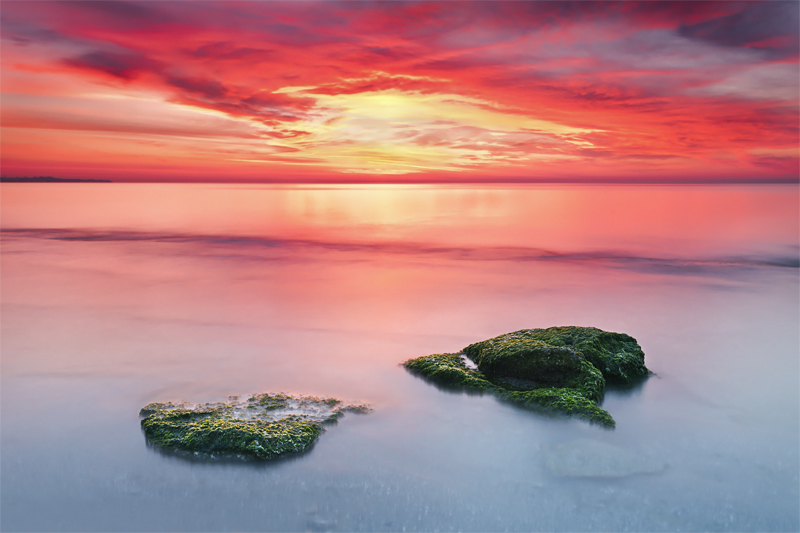 David’s work revolves around the theory of minimalism. In an interview with him, he revealed that the last thing he would ever do is include a human in his photographs. “I am convinced that the human species is on a path to the destruction of the planet on which we live. Maybe this thought sounds like catastrophe and or something similar to nihilism, but that’s what I believe.” 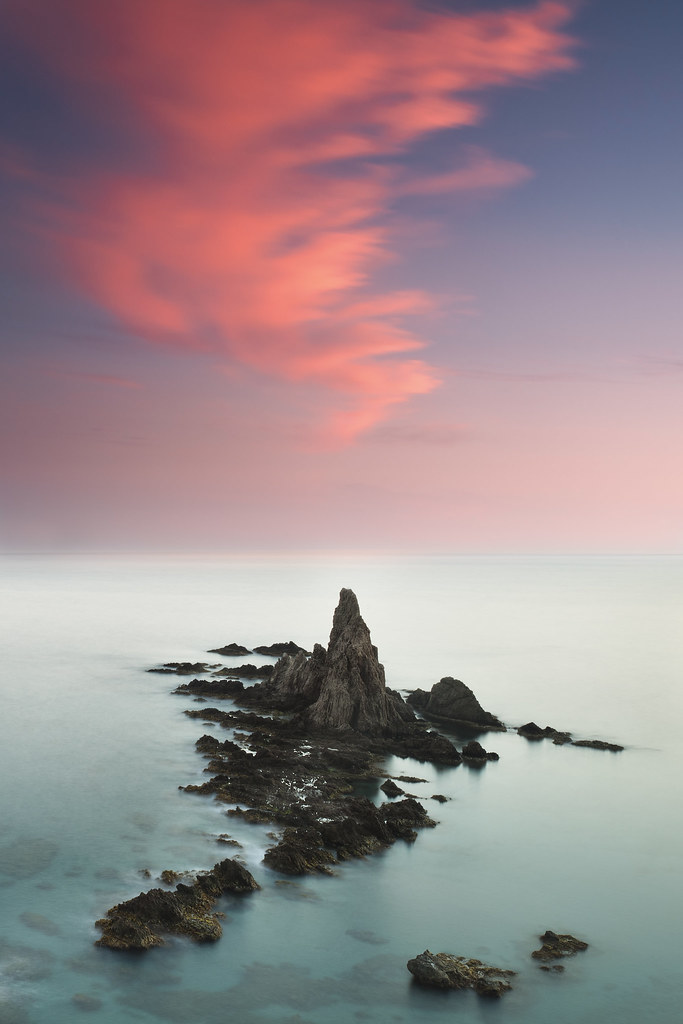 On April 19, 2018, a fantastic collection of photography was released with the work of some of the most prestigious nature photographers in Spain, David included. The book can be purchased on Amazon here! It’s currently available only in Spanish. David is also participating in a traveling exhibition in Spain called “PICTIO, En compañía de la pintura” so if you’re in the area, be sure to check it out! To see more of David’s photographs for free, be sure to see his Flickr Photostream!

This week our two cover photos on our Flickr social media channels are: ‘Reine’ by Jose Feito on Tumblr and Twitter & ‘Young Photographer’ by […]