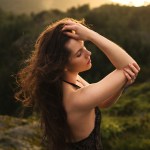 Earlier this year, a group of ten young creatives, who met through Flickr about a decade ago, decided to come together to recreate some of their older works in a series of self-portraits they took at the very beginning of their careers. The idea was to look back, explore the memories made on Flickr, and celebrate their accomplishments as artists.

They created the hashtag #StillFlickring and the challenge: Every two weeks, each participant browses through the old images of the photographer they are challenging within the group and selects a photo for the photographer to recreate. There are ten rounds total so everyone is challenged at least once.

We chatted with the creator of the project, Liisa H. Hole, and with participating photographer and current Adobe Creative Resident, Laura Zalenga, to learn more about the backstory behind this fantastic idea.

How the idea for the project came to be

Liisa: I came up with the idea for this project back in January. I was drowning in a massive study load and was in the middle of one of my most stressful exam sessions so far, and felt this sudden urge to look at my old work on Flickr. When going through my old photos, multiple things became very clear to me: 1) The artistic community on Flickr was so kind and supportive, and it’s sad how this sort of authenticity and generosity had vanished from social media 2) I really missed taking self-portraits and being more creative in my approach to photography; I felt a sense of wanting to return to my roots 3) I would do so many of my old concepts differently now, and definitely much better on the technical level 4) I realized that I probably wasn’t the only one feeling like this. 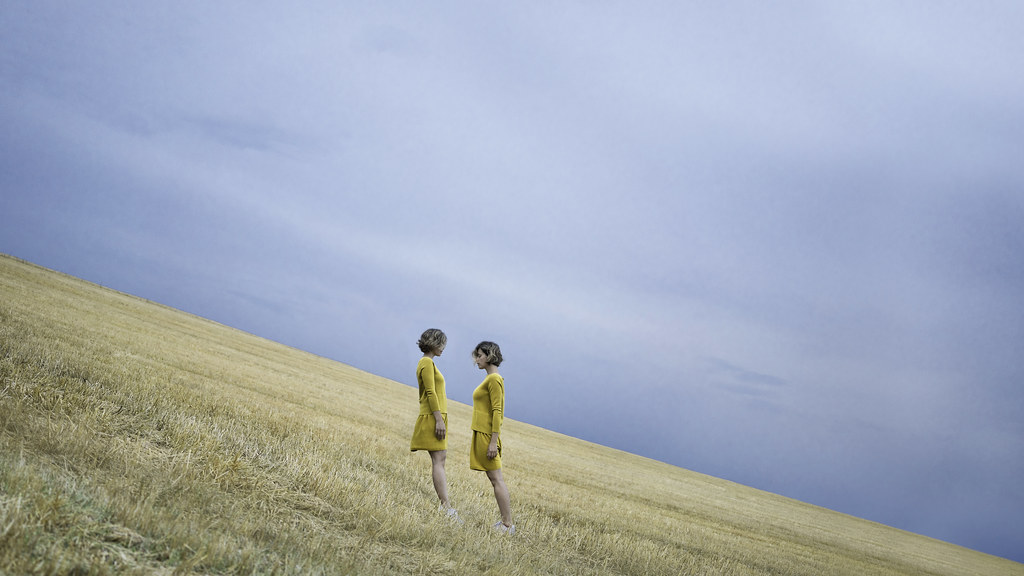 Liisa: Some of my very best memories were from the good old Flickr days. For example, back in 2012, I flew to the States to meet up with a bunch of complete strangers whose work I had followed on Flickr, and it ended up being the best thing ever. Those few days at the Midwest Flickr gathering were filled with so much passion, inspiration, creativity, and laughter. We went on little to no sleep, took so many photos and formed such strong bonds throughout it all. Later that year another person from Flickr came into my life – a weekend that was supposed to be a photography meetup led to falling in love instead, and now that person is my husband. It’s crazy, right?! I’m so thankful for joining Flickr about a decade ago, and for everything it’s brought into my life.

Laura: The whole community was very different on Flickr compared to now where everyone is mostly posting on Instagram, and no one ever gives you real feedback. On Flickr, people were giving you constructive criticism, and it was a lot more personal. It didn’t matter that much how many likes a picture would get, so it was a very different world, and I think we were all nostalgic and really missed that cool era of our photography. 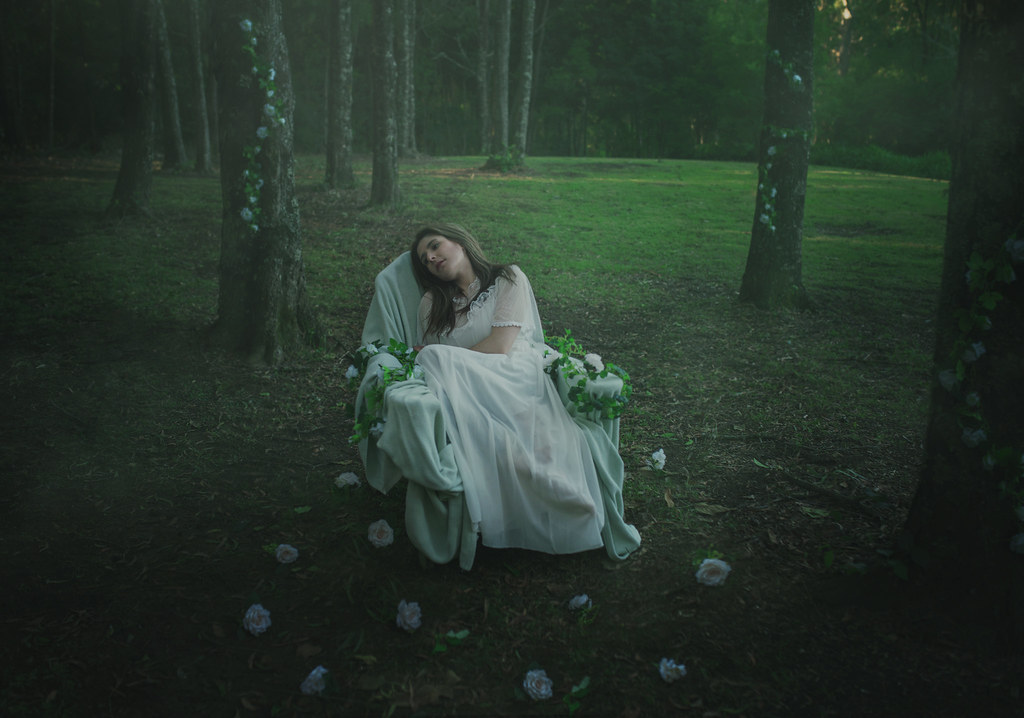 Recreating their old self-portraits for this project

Liisa: I feel like we often don’t give ourselves enough credit for how much we’ve actually evolved over the years – or maybe we don’t even notice it –, so this has been an amazing opportunity to see clear growth and acknowledge our entire artistic journey. For me personally it’s become crystal clear that while I’m terribly out of practice when it comes to self-portraits, I’ve definitely learned something in the past six years, despite the complicated, on-off relationship I’ve had with photography. I also tend to be very self-critical, but this project has allowed me to soften up a bit and cherish the current ‘me’ instead of feeling like the best was in the past. I’m not the same person who I was back then, but it’s a good thing. Different is anything but bad.

Laura: I know that technically I got so much better, and you’d think that I’d be able to recreate the images and that they would just look better, but I realized that it is not possible to do that, because you cannot mimic the mood or the intention that you had when you first took that photo. From the start, I knew that I would rather try and be inspired by the [old] photo or have the same theme, or see how the same topic now relates differently to me… It’s a nice challenge–looking back and seeing how much you’ve changed personally and photography wise.

Evolution of their work

Liisa: I feel like my photographic journey has been a rollercoaster ride. It’s been very reflective of the stages in my life. For example, I consider my photos from November 2012 to be one of my very best, to this day. I was madly in love and liked using blue tones and creating dreamy atmospheres. In 2014 I had to cut my hair short, and while it’s not really the biggest issue in the world, it challenged my self-image a lot. I felt like I wasn’t pretty and feminine enough to be in photos (at least not in the way I used to be), so I had to redefine my style a bit – I started experimenting with body paint and strong colors, and cared a lot less about looking pretty. Now I’ve got to a phase in my life where I’m stronger than ever, both physically and mentally, so I’m trying to convey that through my body language. I’ve always found the human body very inspiring and beautiful, but I never really dared to capture my own. Now that I feel content in my body and accept it with all its flaws, it’s empowering to use it as a tool in my work.

Laura: Style-wise, I still do self-portraits. While some of the others in the group started with self-portraits and then moved on to take photos of other people, I stuck to that topic, and it worked out in the end. I do a lot of talks about self-portraiture and how self-portraits are a very different thing from selfies. People seem to still be interested in the topic, especially in a time where everyone cares about themselves but never spends quality time alone. Self-portraiture is almost like meditation, but not many people see that.

Liisa: All of us kind of “met” on Flickr, and not all of us have met up in the real world. I’ve only met Ethan, Savannah and Håvard. Savannah has met Brittany, Ethan and me; Alex and Christian have met up with Brittany; Laura has met Ethan; Jana hasn’t met anyone (yet!).

Laura: We once had a meetup with people from over the world on Vancouver Island. I’d say we were fifty people, and we called it the Flickr island, and it was probably the biggest non-official but people-organized Flickr meetup. That was in 2014, and to me, that was a life-changing experience because it gave me so much inspiration. Funnily, I haven’t met most of the people who are part of the project in real life. Check out the photos uploaded to Flickr so far and be sure to follow these ten young photographers for more beautiful work and inspiration! 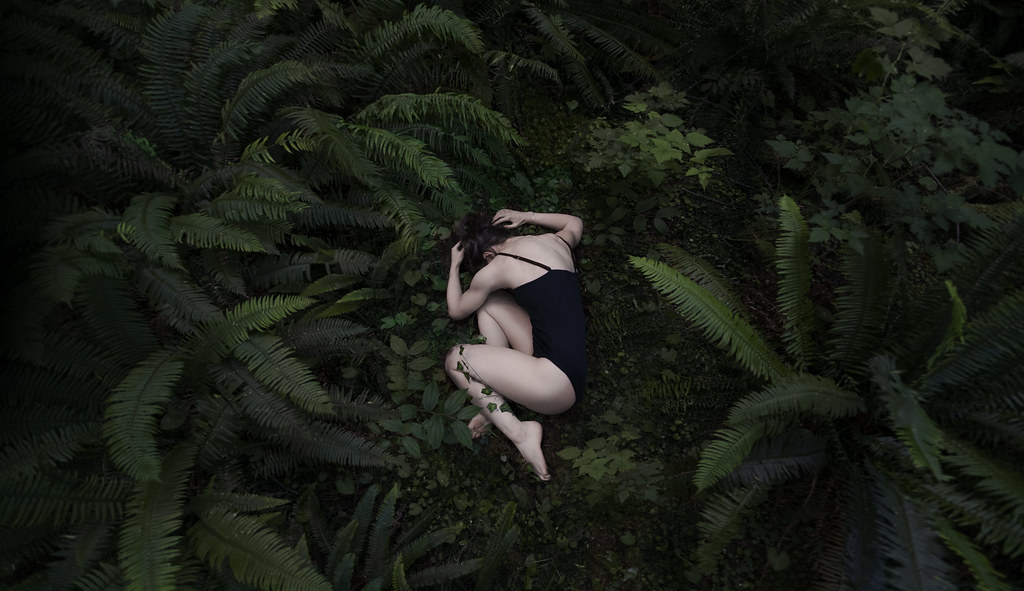 This week our two cover photos on our Flickr social media channels are: ‘Dancing Alone’ by Robert Elia on Tumblr and Twitter & ‘Play misty […]