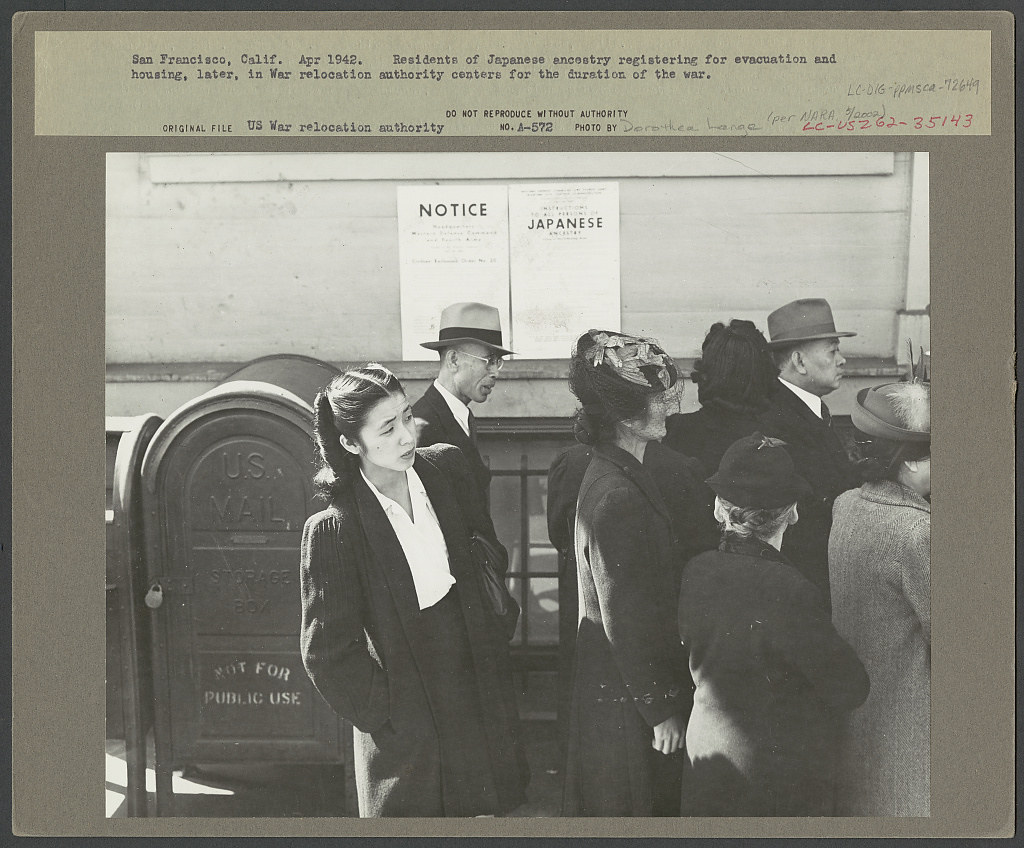 Shizuko Ina. That is the name of the woman depicted in the above photo, taken by Dorothea Lange in 1942. Shortly after this photo was taken, Shizuko and other Japanese Americans were forcibly moved into internment camps. For nearly 80 years, Shizuko remained unidentified in this photo, until staff at the Library of Congress were able to connect with Dr. Satsuki Ina and Adrian Tomine, Shizuko’s daughter and grandson. With permission from Shizuko’s family, Shizuko’s name and information about her experience were added to the catalog record for the photograph. A copy of this print, created by Tomine – who is an artist, was also added to the Library of Congress collection, to appear alongside the photo of his grandmother that inspired it.

This photo of Shizuko is part of a larger set of photographs taken by photographers before and during the incarceration of Japanese Americans during World War II. The Prints and Photographs Division of the Library of Congress has digitized these photos and shared some of them in an album on Flickr. Survivors and descendants of the incarceration during World War II are encouraged to provide names of unidentified persons and deeper context for the history behind the photos. All are welcome to comment on the photographs posted in the Flickr album, and the information provided there may be added to the catalog records for the images in the online catalog.

We invite everyone to look through these photos and learn more about the unjust incarceration of Japanese Americans during World War II. 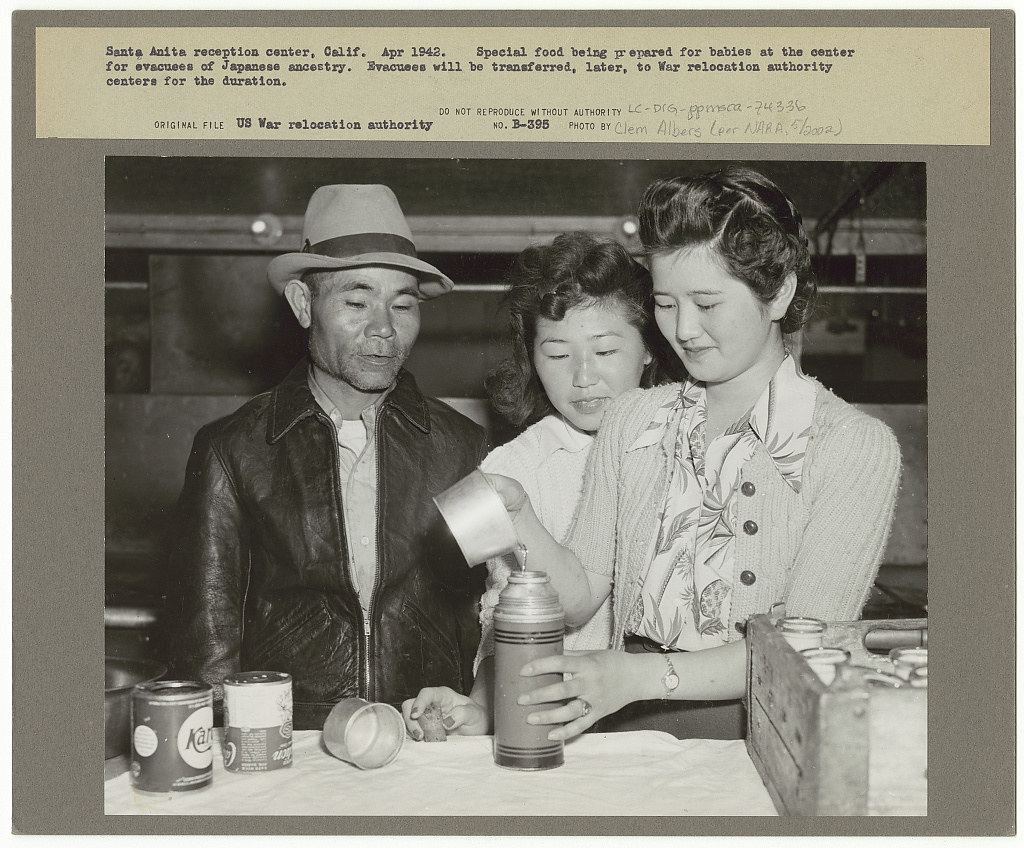 Pinhole photography is one of the oldest forms of photography and uses the most basic concepts of a camera: a light-proof box, an aperture, and […] 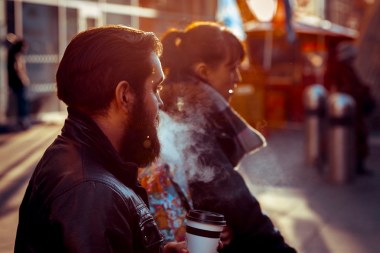 Photographer and Flickr member Leanne Boulton shares her gallery, Portrait of Autumn, and why this season is a favorite of hers.

The Senior Curator at the State Library of New South Wales Geoffrey Barker shares the story of Betty Broadbent, the most photographed tattooed lady of the 20th century.