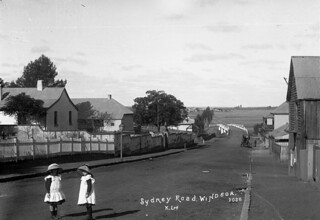 Today, we are honored to welcome The Royal Australian Historical Society (RAHS) to The Commons on Flickr. The RAHS is Australia’s oldest historical organisation, founded in Sydney in 1901. It exists to encourage the study of and interest in Australian history.

Based at History House, 133 Macquarie Street, Sydney, the Society boasts a membership network of individuals and local historical societies, libraries and corporate partners. As a not-for-profit organisation, its activities and facilities are largely funded by contributions from its members and benefactors.

Since inception and from 1918 when the Society was granted the right to prefix the title Royal, RAHS members have collected, researched, written and communicated on all aspects of Australian history. Early members recognised the importance of photographs in recording and capturing history early on and took photos on glass plate negatives, some of which were then used as lantern slides for history lectures. From these pioneering origins, the Society has evolved to reflect the changing ways in which we engage with history in the 21st century.

In particular the Kodak set within the RAHS’ account calls for your assistance. As the description outlines, the photos shown were contained in a suitcase that was rescued during the closure of the Kodak factory in Victoria and arrived at History House this year. Why were these images selected? Were other historical photograph presentation series prepared in different countries? Where did the presentations take place?

Now you’ve got the chance to help solve these mysteries before taking a look at all the other beautiful photos of Sydney, Victoria, and Australia that can be found in the Royal Australian History Society’s account.