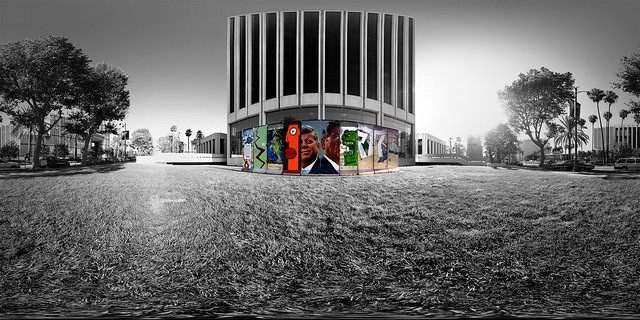 “The Wall Along Wilshire – Ten Sections of the Original Berlin Wall”

Tanja Barnes (a.k.a. @TanjaB on Flickr) started her interest in photography with a Kodak Instamatic and has fond memories of backpacking and riding the train through Europe in the ’80s. A moment during this trip ignited an ongoing love affair with urban art.

What was the moment that got you hooked with urban art?

I went through Checkpoint Charlie on my way to East Berlin. I was absolutely amazed at the west side of the Berlin Wall and its art. It was a stark contrast when you got to East Berlin, everything was so drab and gray. A good analogy is the scene when Dorothy lands in Oz and opens the door for the first time. Everything goes from black and white to Technicolor. Only in my East Berlin experience, the process is reversed — color to black and white.

Your recent panoramas of murals in Los Angeles are fascinating. What gear do you use for these shots?

My basic set-up consists of Canon T1i camera, Canon EF 8-15mm f/4L Fisheye USM, 360 Precision Atome panoramic head, and Oben ACM-2400L self-standing monopod. When I was first starting out, I used to shoot with a SIGMA 8mm F3.5 EX DG circular fisheye. Now that I’ve got the Canon 8-15, I’m exploring image capture at different focal lengths. Because of this, it has become necessary to upgrade my pano head, even though I absolutely love the Atome. In those instances where I’m shooting at 14-15mm, I’ll use either a Hejnar Photo panoramic head or a 360 Precision Adjuste. I’m still deciding which one I like better — both are good but for different reasons. Also, because of the glass upgrade and the need for a beefier head, in turn I need a full-on tripod, so my choice is the Manfrotto 055XPROB. 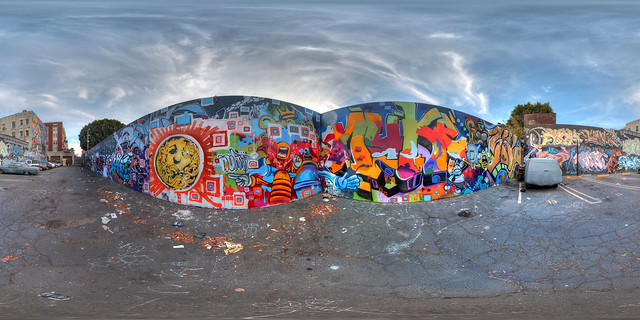 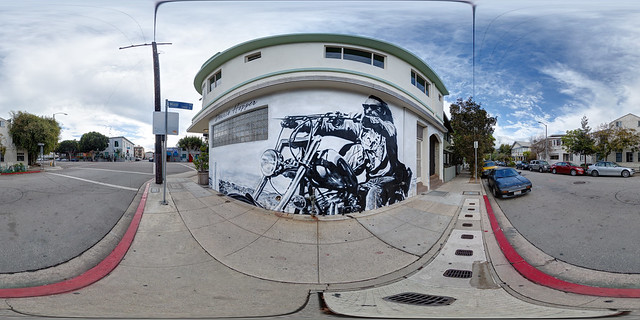 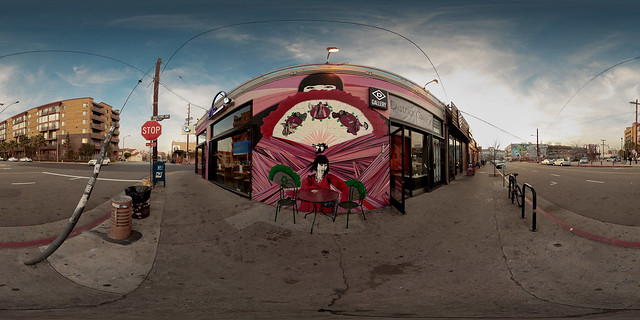 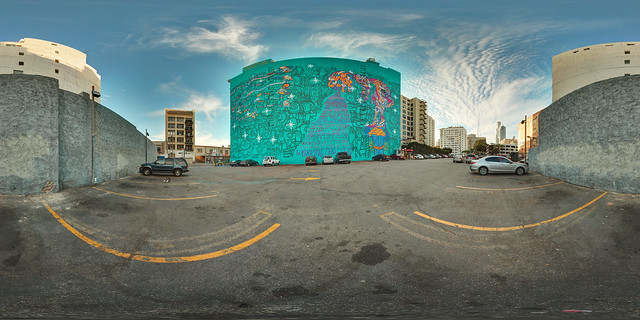 What draws you into capturing urban art?

As an Angeleno, I’m particularly interested in the current developments to the local mural art scene that are taking place right now. It’s really an exciting time! Mural art characterized the Los Angeles urban artscape that grew organically out of the Chicano movement in the ’70s. By the 1990s, advertisers appropriated murals by fabricating product placement that was designed to look like works of public art. It was considered so problematic that the Los Angeles City Council took action against this deception; and in 2002, imposed a blanket ban making all murals within the city limits illegal whether they were commercial or not. This stifled the L.A. community’s mural scene for over a decade. Earlier this year, the ban was lifted.

I think urban art, street art, graffiti art –- whatever you want to call it –- is the most powerful form of modern art. It’s like putting the printing press in everybody’s hands to say whatever they want and express it in any manner in which they choose.

But, as a documentarian (and not a creator) of street art it’s hard to have an opinion of what constitutes urban/street/graffiti art.

I mean all graffiti is not art, but some art is graffiti. I think Warhol said it best: “Art is anything you can get away with.” 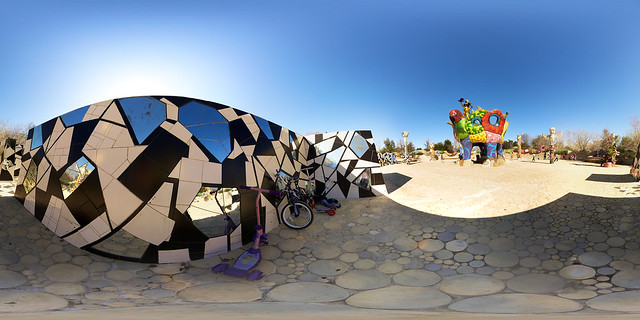 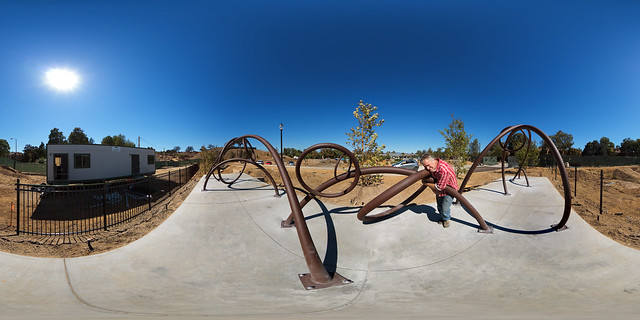 How did you get into panography?

It wasn’t until I started working in the visual effects industry providing massage therapy services to VFX artists and professionals that I started to grok DSLR photography. I mentioned to one of my clients one day that I had seen an amazing interactive panorama online and that the viewer could click their mouse and drag and zoom. I told him I just thought that was the coolest thing ever. And he goes: “It’s really easy, all you need is a fisheye lens and a Canon Rebel.” He went on to explain the process a bit more. And with that, I went online and learned everything I could about panoramic photography. 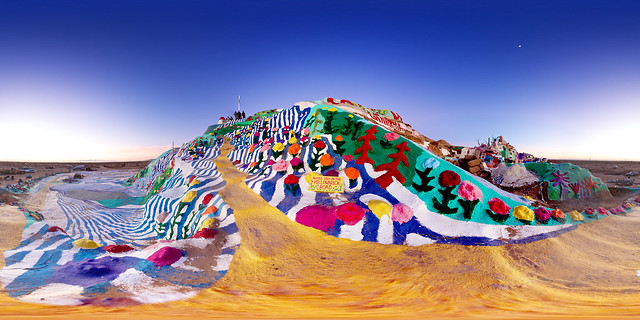 At first, I would just follow my real-life friends on Flickr, but that’s when I had a point-and-shoot camera. When I got serious about panoramic photography, I began to notice other communities. These communities were tremendously helpful because they emphasized techniques or gear that I had, so I wanted to check out what the others were doing. Soon I was making friends with fellow panographers. Now I pretty much follow anybody whose work I admire. I’m not limiting myself to people I actually know or to just panographers. The thing is, just like a party conversation, sometimes you want to turn around and talk to somebody else. I absolutely love to study the works of other photographers. The best part of my Flickr experience is the ability to connect with others and ask for advice, tips and tricks, and feedback.

Thank you, Tanja, for the interview.

If you’d like to discover more of @TanjaB’s photos, head over to her photostream.

You may have already heard that The Weekly Flickr is nominated for a Webby Award in the category of Online Film & Video Reality, and […]