In 2016, we saw previous years’ trends continue with the top manufacturers and devices. Smartphone use has grown as the dominant device choice, by volume of uploads, while point and shoot and DSLR cameras both lost a few percentage points in their share of total uploads. 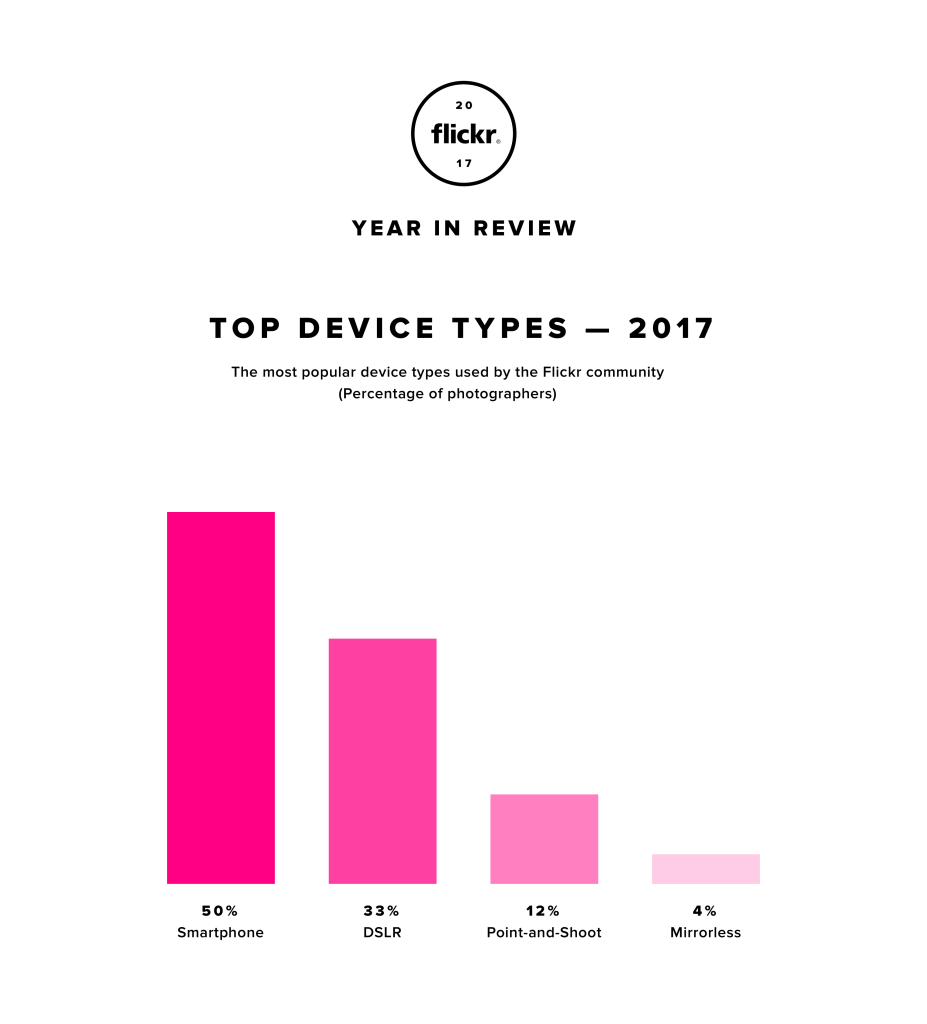 When it comes to brands, Apple iPhones remained the dominant camera models, with 54% of the top 100 devices being named iPhone and an almost clean sweep of the top 10 Devices of 2017, accounting for 9 our of the top 10 devices. The Canon 5D Mark III placed 9th in the Top 10 Devices on Flickr of 2017. The iPhone6, iPhone6s, and iPhone5s were the most popular iPhone cameras respectively. Canon was the second largest brand used by photographers on Flickr, responsible for 23% of the top 100 devices. Nikon was the third most popular brand of 2017, with 18%. 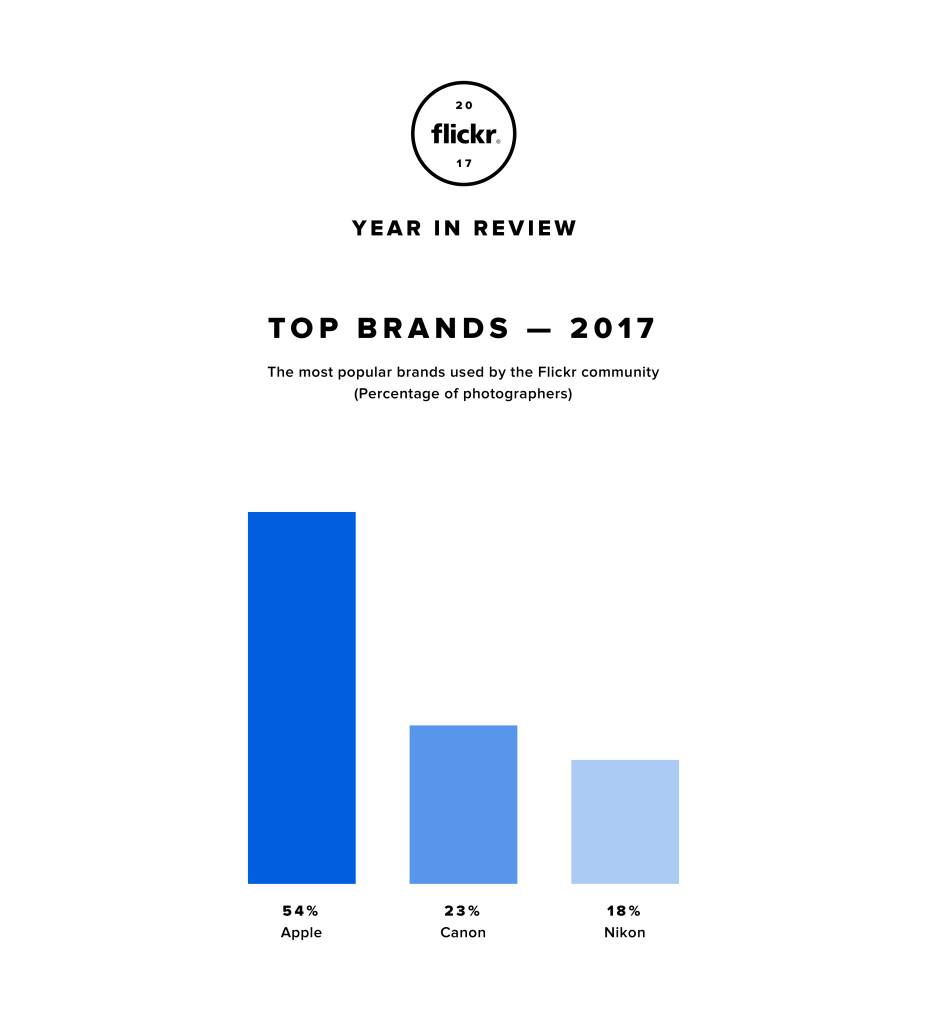 In 2017 billions of photos were posted to Flickr by photographers from around the world. From all that work, we’ve pulled together the Top-25 Flickr […]

On Flickr, you can find inspiration in any genre of photography. With tens of billions of photos there’s no shortage of photography niches and talented […]