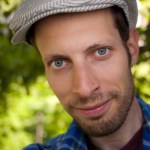 Some people scream, some people squirm, some people are like John Hallmén and run right up close to take a photograph. It's all about perspective. Bugs surround us, in fact invertebrates make up 95% of all animal species on Earth. Although it isn't just their popularity that lead them to become Hallmén's main photography subjects. 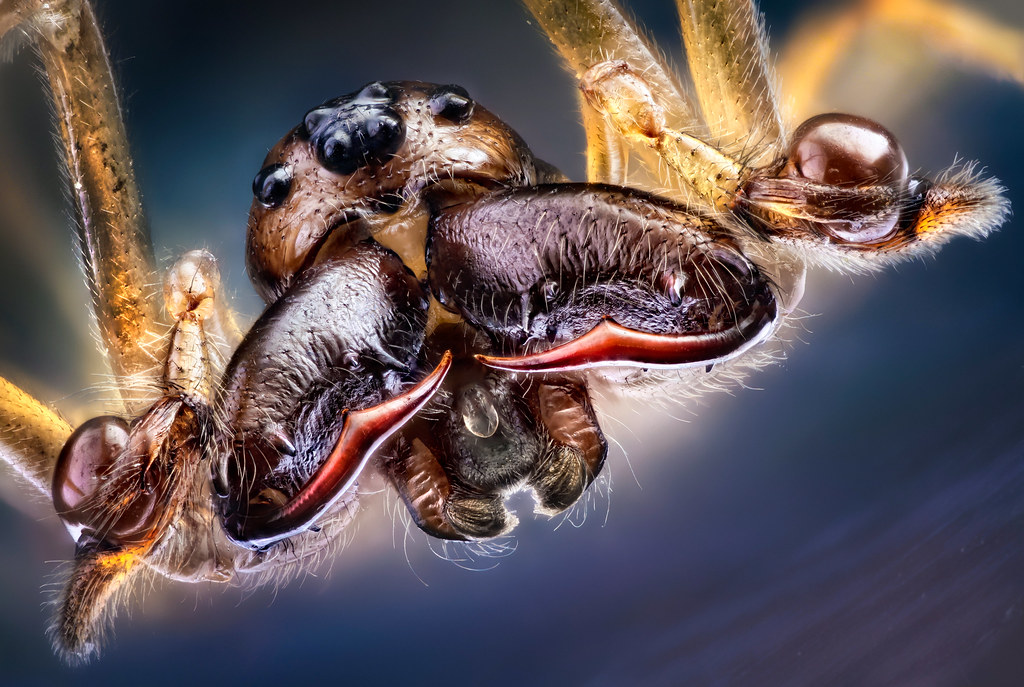 Son of a botanist, Hallmén retained a fascination with nature since youth so when asked why bugs of all things has kept his attention, he responded:

“I grew up during the first Star Wars hype. When I discovered that you could find these fantastic looking creatures just by peeking underneath rocks in the backyard I was hooked. Up close they all looked like something out of a sci-fi movie! Of course I wanted to know what they were called and by deciphering field guides I learned how to read as a bonus. Ever since then, the more I learn about bugs – about their behavior and the different roles they play in the ecosystem – the more they appear as the main characters of this world.”

But in short my answer is the same today as it would’ve been 35 years ago: because they look cool little monsters!” 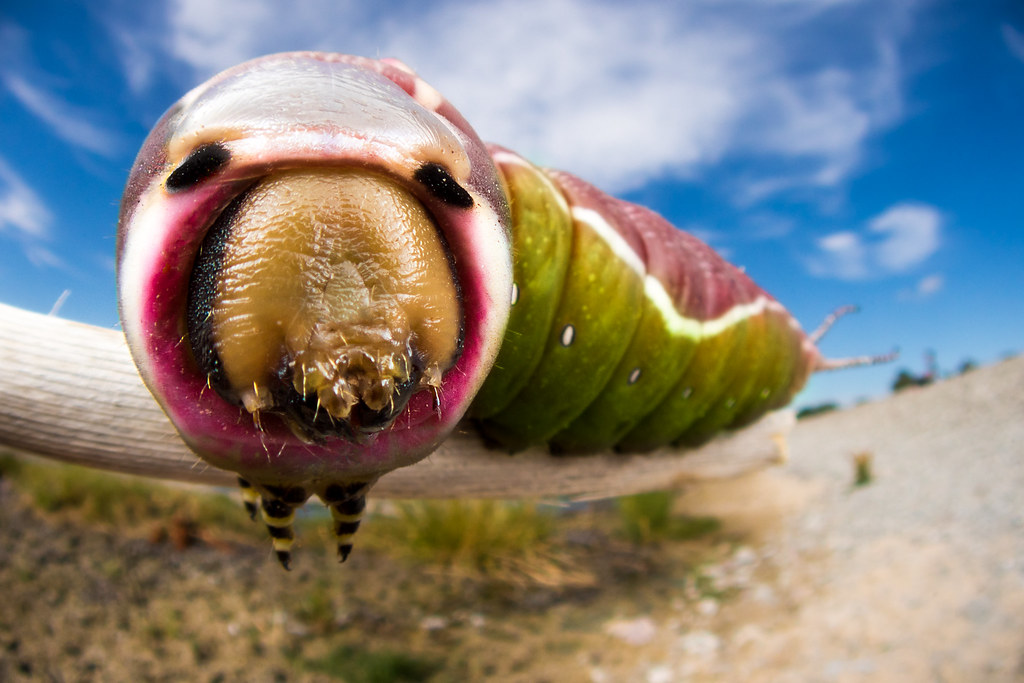 This self taught photographer is fortunate enough to live beside a natural reserve in Stockholm, Sweden where the majority of his subjects are found in a small space approximately 25×25 meters. Within this space he uses two very different approaches. (Feel free to grab a pen and take some notes. This is free photography instruction!)

1. Handheld – Subjects are pursued on foot with a handheld camera during the day. Blur occurring with motion is avoided by using the camera’s flash.

2. Tripod – Using a tripod is best when the subject is still, but bugs always look like they keep moving. So how do you get them to pose? Hallmén uses his interests in biology to get the best photographs:

“Since bugs are cold blooded animals their activity decreases with temperature and after a cold night you’re able to find subjects that will remain perfectly still, even if you’re just centimeters away from them with your camera. So, when conditions are right (no wind, relatively cold conditions), I always set my alarm early (in June this means ≈ 3am) so that I can be on site just before sunrise. This gives me the opportunity to capture my subjects in their natural environment without the need for a flash or fast shutter speed to freeze the action. These conditions also allow me to use focus stacking in order to increase depth of field and detail resolution.”

The third approach to Hallmén’s insect photography actually occurs indoors. The original purpose for this makeshift studio was to keep active during the severe bug abstinence caused by the long Swedish winters.

3. Studio – “I have converted my closet into a micro/macro studio where I shoot dead/prepared subjects at high magnifications. Using microscope objectives and techniques developed for scientific purposes I can zoom in on details that are impossible to see with the naked eye. Also, studio photography has taught me a lot about lighting.” 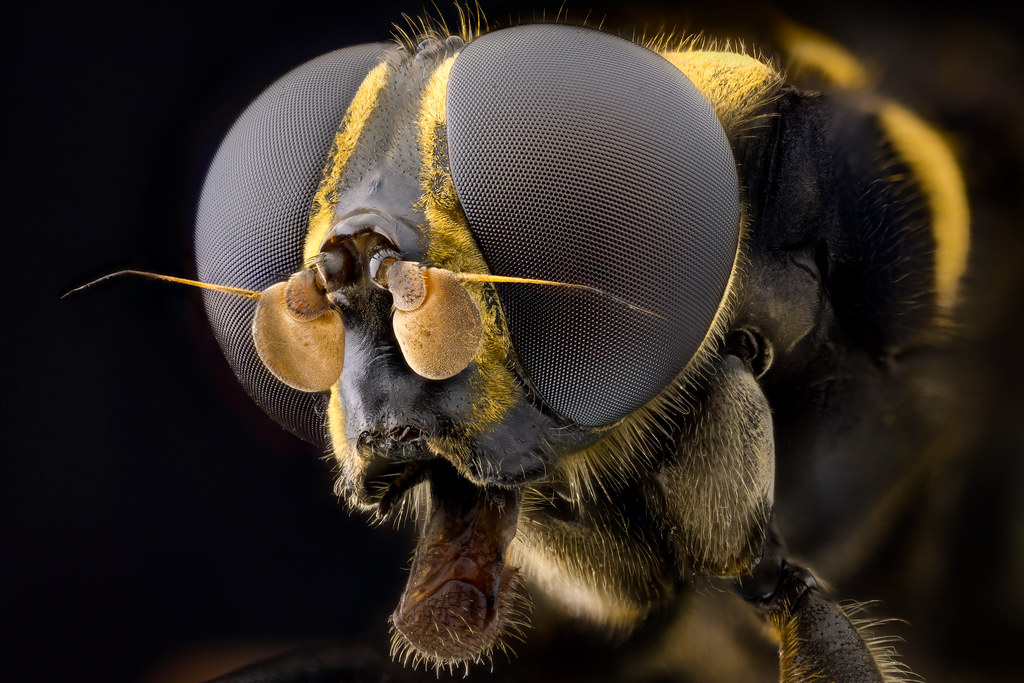 With every post Hallmén makes on his Flickr he adds a bit of informative dialogue on the specifics of the insect, such as the scientific name, its previously found location and an unusual fact. Though these descriptions are a minor piece in his publishing, being able to correctly identify the subject has taken years of practice.

“Since I’ve been trying my best to identify every bug I’ve found since I was a little kid I have a pretty good idea where to begin my research. By now I usually know which taxonomic family my subject is (as long as I’m in familiar territory geographically), and this makes further research much easier. I know which book to open, which expert to contact or which forum to visit.
But, like always – the more you learn the more you realize how little we actually know about the world. In biology, and entomology in particular, the taxonomy is constantly revised. One species is split into several or moved from one genus to another. Even the very definition of “species” is a controversial and an ever changing subject, invented by us… The more you think you know, the more wrong you’re likely to be. It can be frustrating at times but I’ve learned to love this aspect of nature.” 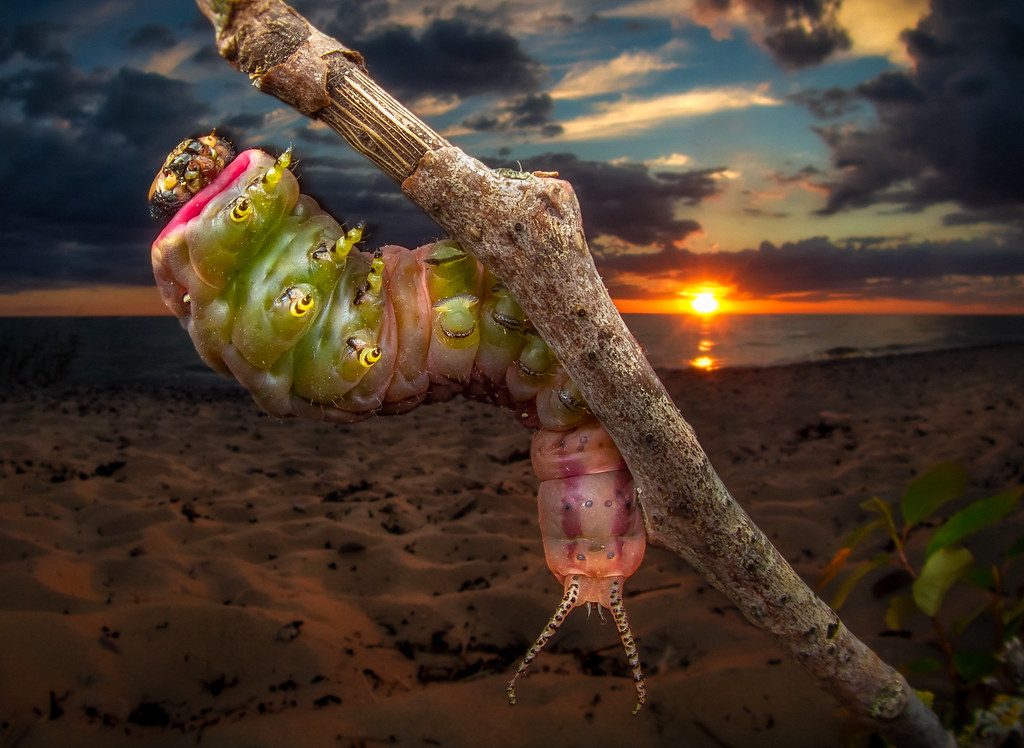 This is the Cerura vinula otherwise known as the Puss moth caterpillar. One of his most prized and despised photos yet, this photo always manages to evoke strong feelings from Hallmén. He originally hated the image for the many reasons critics originally pointed out- it’s all just “too much.” Hallmén elaborates on his complicated relationship with his fourth most popular photograph on Flickr:

“The cliché sunset beach in the background paired with a ruthlessly flash lit foreground subject… Add the unusual perspective rendered by the DIY macro fisheye optics and the resulting image is anything but subtle. After a few failed attempts at toning it down in post processing I gave up and went the other way by putting emphasis on the vulgarity.
I’m a bit surprised by the amount of positive feedback this image has received on Flickr. But I’ve certainly received some negative comments as well and several peopled has called it out as fake (“an apparent montage”). Obviously, I can’t blame the critics since I agree with them to some degree! In fact, I appreciate the opportunity to explain for instance that the dark shadow surrounding the front of the caterpillar is caused by subject movement after the flash fired and that, while it could be considered an artifact is actually my favorite detail in this image.
I still find myself cringing ever so slightly when this image pops up on my screen. But this is why I pick it as a favorite: it makes me aware of the constraints I put on my own photography and why I ought to challenge these limitations. After all, this “narrow-mindedness” has been my main problem with photography for many years.” 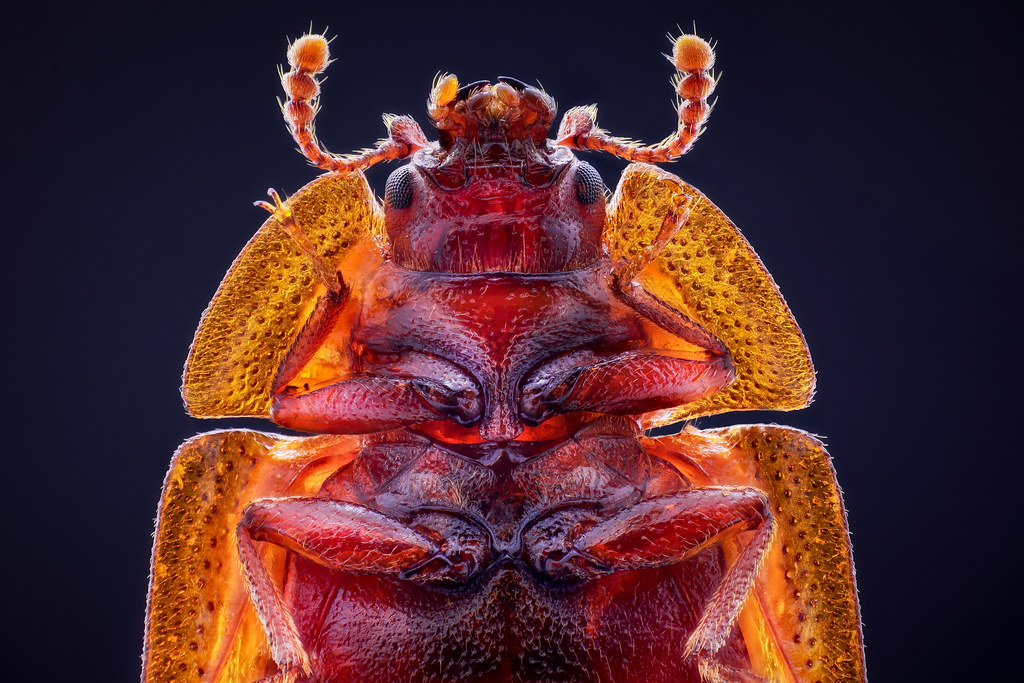 Hallmén attributes his success to his Flickr account of 11 years. A large publishing company came across his Photostream and provided world wide coverage to his work allowing him the opportunity to create his book “Kryp” (translating to “Bugs”). Kryp has been translated into a multitude of languages, but the English version is available for sale on Amazon!
If you’re interested in seeing more of Hallmén’s work for free, make sure to check out his Flickr.

Our new Flickr Heroes of the Week are: ‘Sunrise at Alabama Hills’ by Paul Smith on Tumblr and Twitter & ‘Magenta Seaweed’ by Justine Shachar […]

Hey Flickr Fam, Just a reminder to submit your most inspiring photo of the year to the Your Best Shot 2017 group before the end […]