Before moving into his current role as Product Manager in 2016, Matthew Roth was one of the most familiar faces of Flickr staff: the man who jumped into the forums to calm tempers and alleviate hurt feelings, the source of many important announcements, and the organizer of many great community events. In his current position as a Product Manager, Matthew is focused on improving the Flickr user experience and making engagement its central pillar. 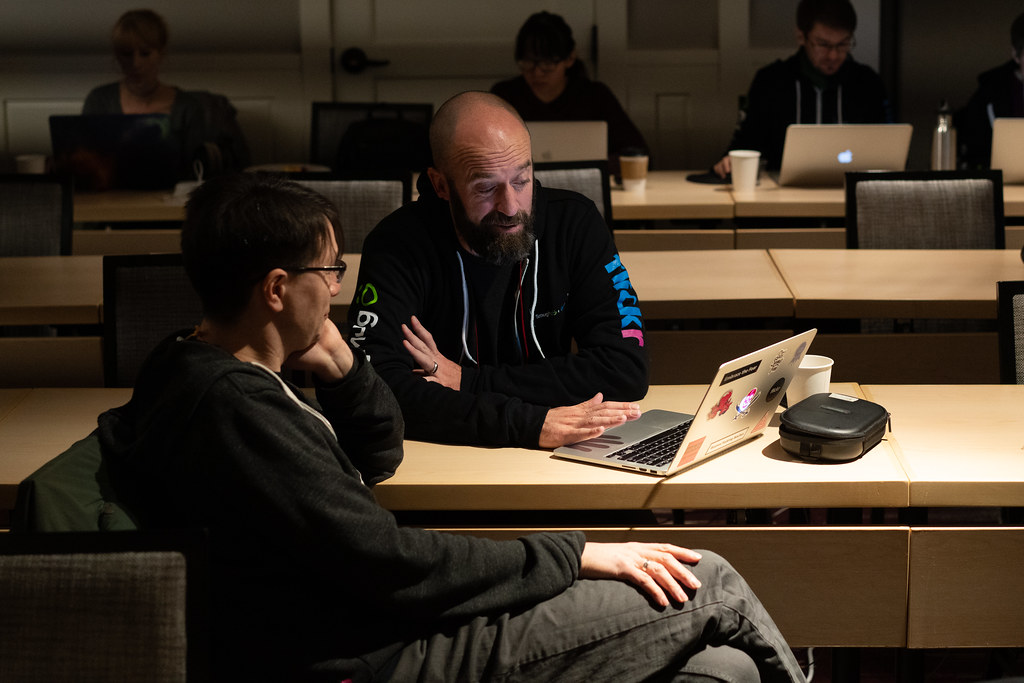 How long have you worked at Flickr, and what made you join?

I started at Flickr on January 22nd, 2014. I was friends with a Flickr engineer who I had worked with previously and he forwarded a Senior Community Manager job description to me. I was working at the time for the Wikimedia Foundation, but I was very stressed out and looking for something that could bolster my interest in photography. Though I hadn’t done the standard tech Community Manager role, I was working daily with the largest community of free-knowledge evangelists around, so I felt qualified to jump in.

When I met the various people who interviewed me, particularly at the old Flickr office on Sansome Street in San Francisco, I was hooked. It was clearly a very fun and lighthearted atmosphere. Some people were flying drones and others were trying to hit them with foam darts. One woman was dressed as Padmé Amidala from Star Wars, for no reason I could discern.

You’ve been a Flickr member since 2006. What brought you to this site?

Prior to joining as a staff member, I had used Flickr as a tool for organizing my photos for my WordPress blog at a previous job. From 2006 to 2011, I shot mostly with point and shoot cameras and used the images for utilitarian purposes. I didn’t think of myself as even a hobbyist photographer, though I did like the mechanics of shooting. The point and shoot camera I had at the time allowed me to do some manual exposure and metering, so I occasionally tried out new techniques.

In early 2011 though, I started participating more in the Flickr community. That was transformative for my photography and helped me rekindle a passion that I hadn’t explored since I took darkroom classes in high school nearly two decades prior. I had recently purchased a DSLR camera (my first Flickr pic with that camera of my then girlfriend, now wife). I got pretty into Trey Ratcliff’s HDR tutorials (my first HDR shot that wasn’t horribly crispy and hamfisted), then started submitting photos to challenge groups like Hot Box Uncensored, Deleteme Uncensored, The Icebox, and others. Though the feedback in those types of groups could be quite harsh, participating in the groups inspired me to improve my craft.

I also went on several meetups with Flickr members and was particularly taken with an event at the Mare Island Naval Shipyard organized by the HBU crew. Before that event, I hadn’t done much long-exposure shooting and even less night-time photography. Meeting a number of Flickr regulars from the Bay Area and learning about photography from them was a big boost. I was completely hooked and it has continued to be my creative outlet to this day. Thanks, Flickr community!

Can you explain what your day to day job at Flickr involves exactly?

I’m now a product manager for the Engagement team. I work with designers and engineers to boost community engagement and interactions among Flickr members. As a product manager, I work on strategy to improve parts of Flickr that are in disrepair (oh hi Explore!), to bring new technologies to our platforms, and to bolster community connections.

Our team is all about communication, from daily check-ins to weekly meetings with Product Team members and our Design lead. Most of this happens over Slack, but I also rely heavily on Google Hangouts because I’ve been remote since the summer of 2018, when SmugMug rescued Flickr from being shuttered by our former owners. I spend most of my day in meetings with various teams. It’s challenging to be a product manager while remote in Oregon, but we have adapted and I rely heavily on the super talented engineers and designers I work with. They are tremendous people who take great responsibility for our future as a website and a community of creatives. 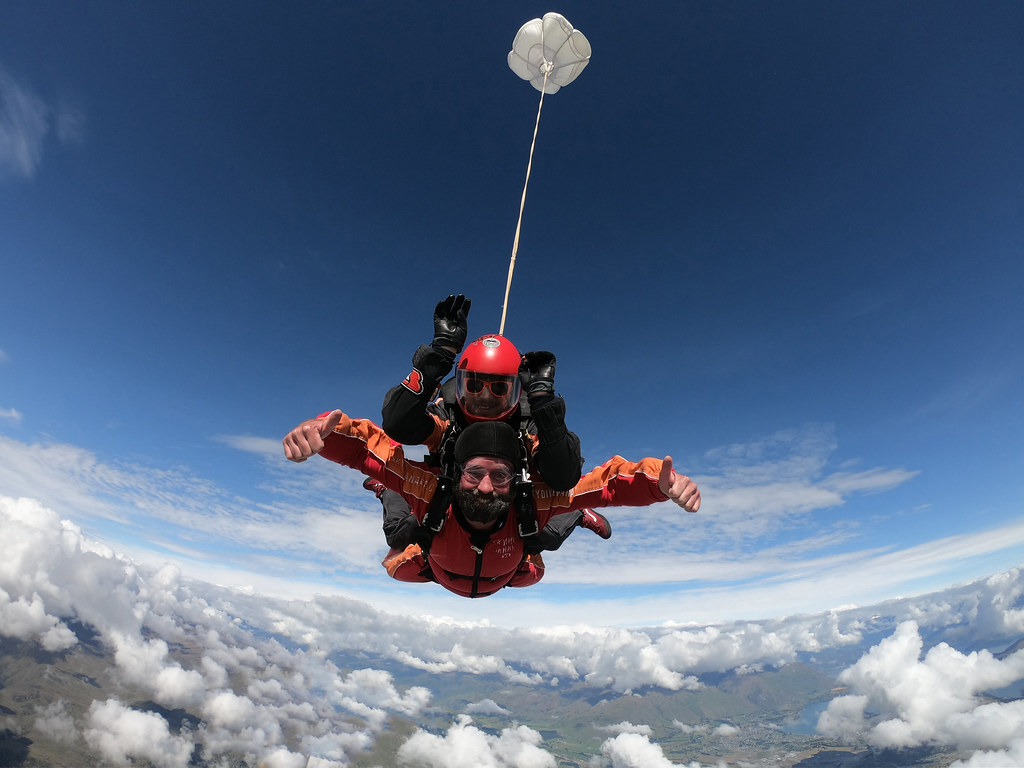 You’ve had an interesting trajectory, beginning as a community manager and now working in product management. What drew you to this world?

In late 2016, we needed to update the signed out home page (flickr.com) with new marketing language, and we didn’t have Product Management capacity to do so. They asked if I wanted to try it out and I accepted. Flash forward a few months and I was taking on more of the product workload and really enjoying it. I sometimes joke that I now get to fix all the problems I had been reporting to the Product Team for the two years that I worked on the Community Team.

While I never pictured myself as Product Manager in consumer technology, it definitely suits my skill set. I love working with a diverse team who don’t report to me, but who want to achieve great things with me. Flickr’s Engineers and Designers are some of the smartest people I’ve ever worked with. I learn from them every day and I’m constantly impressed by their abilities. Plus, being Flickr, most of them are quirky and interesting, which suits my style.

What’s your favorite thing about Flickr from both the product and community perspective?

Flickr’s community makes it a really rewarding place to spend time and a very interesting place to work. I love how passionate our community is — when you mess up and betray their trust, they will be sure to let you know. When you deliver a new feature that is useful and beneficial, they will celebrate you. It’s not at all what I would expect of a job in a business environment. Prior to working at Flickr, I had only ever worked for nonprofits and political campaigns. The passion that Flickr’s community brings to the product resembles the passion that you find in nonprofit communities.

Since SmugMug acquired Flickr, my favorite development has been the building of our Customer Support infrastructure. We now have more Support Heroes (40+ people) working for Flickr than we had on the entire team at the time of acquisition (30 people). This dedication to resolving problems and delighting our members has been the bedrock at SmugMug since its inception and it now buttresses Flickr. We not only reply to every single inquiry that comes in, we do it quickly and with a warmth that makes me proud.

A lot of people in this community know you, as you have been involved in many activities and events during your time as a community manager. For those who don’t, what’s the most important thing they should know about you and a random fact most won’t know?

I’m really into Flickr and I’ve always wanted the best for our community and our product. Recently we’ve made hard decisions that have resulted in price increases for Pro subscriptions and changes in free plans, but those were fundamentally good decisions for Flickr’s future. We’re on a good path forward, though there is still a great deal of work we need to do. I hope all our friends out there know that we’re committed to seeing Flickr thrive long into the future.

The only random fact that you need to know about me is that I’m obsessed with avocados. I was born in an avocado orchard in California. Avocado was the first food I ate and it was the first food I fed my daughters. I usually eat at least one per day, sometimes two. It’s a big deal for me. I might have a problem. 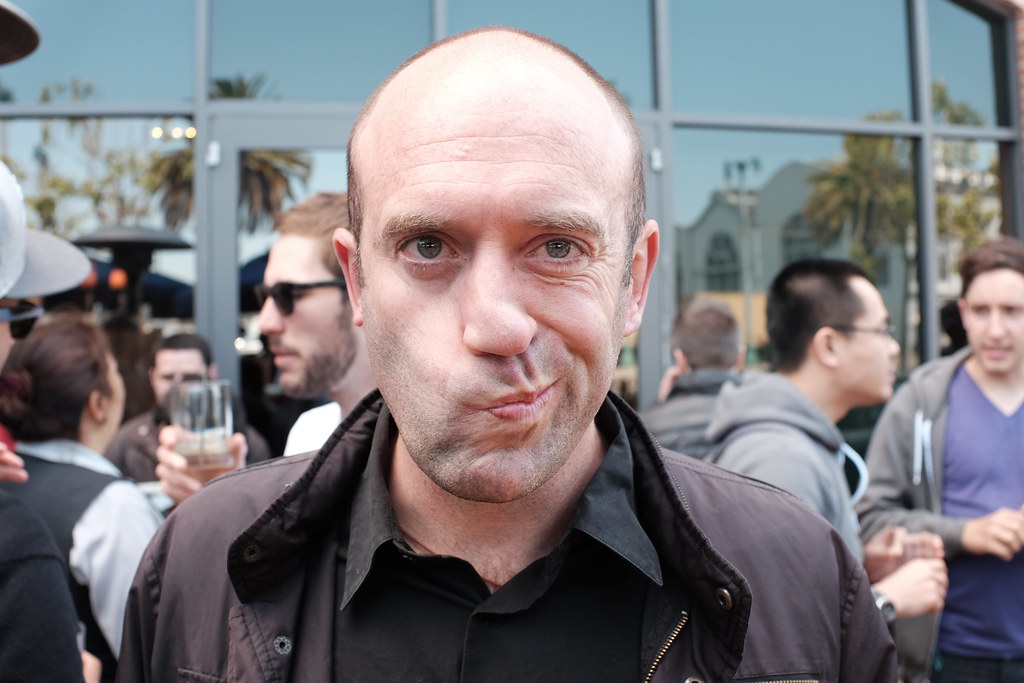 After seven years working at Flickr, what keeps you excited about your job?

I’m very excited for Flickr’s future. Now that we have migrated out of the old infrastructure and our community of Pro members has stepped up to provide the financial stability we needed to operate as an independent company, we have the time and resources to restore Flickr’s place as the best photographic community online.

Got any exciting things you and your team are working on lately?

I’ve been waiting six years (my entire tenure at Flickr) to improve Explore. We’ve recently made some significant improvements to boost the quality of the algorithm’s results. We’ll continue to make adjustments and test new inputs as we develop new technologies and make use of the many AWS services that we have access to now.

We’re also working on improvements to your signed-in Feed experience and Notifications. We’ll be making sure it’s easier to see and hear all the activity that’s happening on Flickr so that you enjoy your experience with your communities that much more. I’m also excited to work on our communications tools and our mapping and geolocation features.

Do you have any final words of wisdom?
I do not. I wouldn’t trust any words that I might try to pass off as wisdom.

Every few weeks, Flickr will feature other members of our team. Get to know all of us that make it happen! Meet Flickr and SmugMug’s Head of Trust & Safety Holly Lawrence, and front-end engineer Phil Dokas, and join the conversation here.

The admins and moderators of the Utata Group have put out a call for submissions of “at home” pictures as part of their Big Project 2020—a fun photo initiative based around six different aspects of the COVID-19 lockdown. 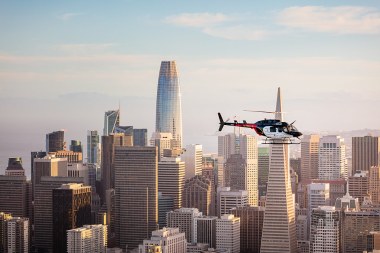 Photographers all over the world are still creating and capturing amazing shots. And, even though we are respecting the requested rules in place to keep […]